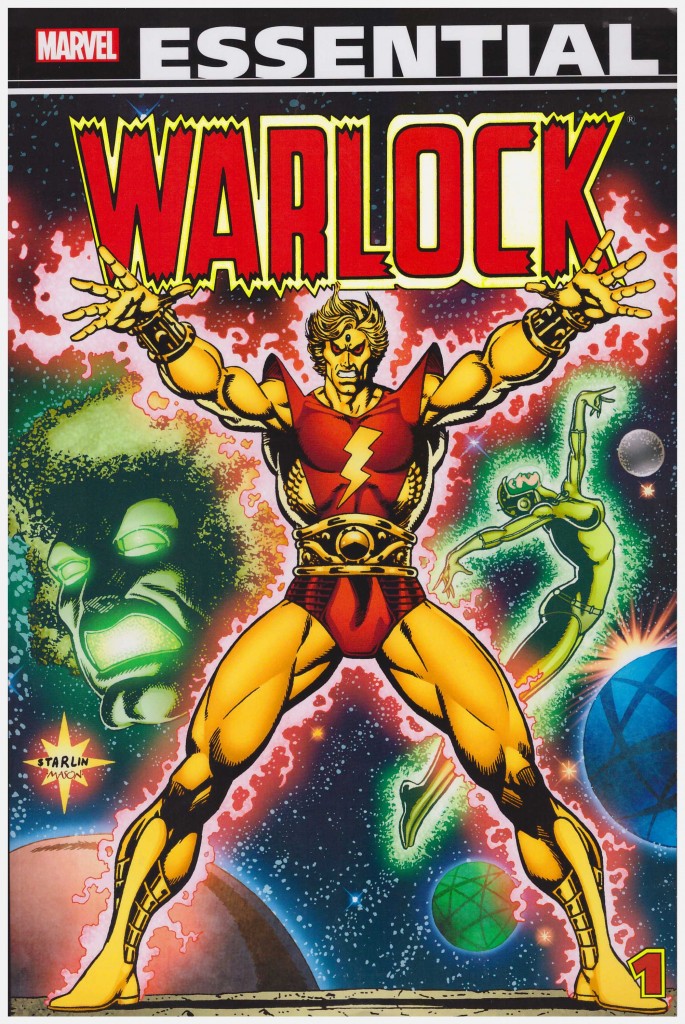 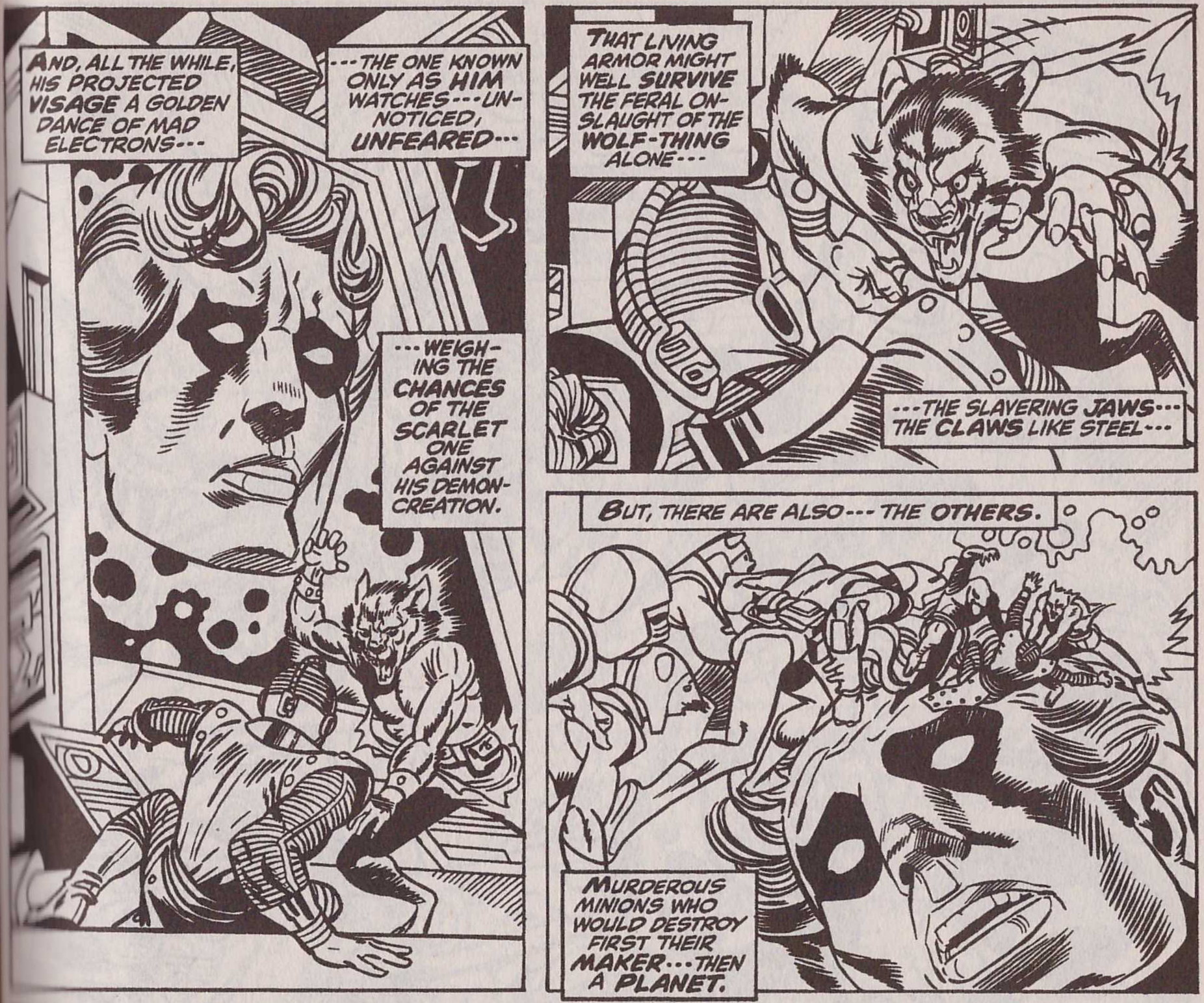 A real value for money collection when originally published, yet now sadly out of print, this volume combines some of Marvel’s finest 1970s comics with some that surely rank near the worst.

The opening segments are promising. Roy Thomas took one of Jack Kirby’s inventive creations, then known only as Him, an artificially created golden-skinned personification of perfection, and re-cast him as a Jesus analogue on an alternate Earth. The High Evolutionary steps in for God, and the Man-Beast for Satan. Some fine Gil Kane art completes the package. The concept remains ambitious, but the execution, particularly the hip 1970s dialogue, has dated poorly.

Sadly, Thomas’ workload prevented him following through and he delivered his creation unto lesser hands. A benign Doctor Doom works better than a monstrous Reed Richards, but they’re about the only ideas of any value supplied by Mike Friedrich, and when Kane was replaced by Bob Brown the inevitable cancellation of Warlock’s comic duly occurred. This iteration of Warlock is somewhat ham-fistedly concluded in issues of the Hulk by Gerry Conway and Herb Trimpe, who at least restore Thomas’ original concept.

It’s the following material, though, that still astounds today. When Jim Starlin was handed Warlock to play with, he constructed a brooding character attempting to outwit destiny on two counts, first his future, and then his seemingly inevitable death. To offset the desolation he provided companions. Deadly assassin Gamora now thrives as part of the Guardians of the Galaxy, but it’s Pip the Troll who’s the most memorable. Positively relishing opportunities to wallow in the baser aspects of life, he’s a surprisingly enduring character prone to trouble, yet also with the luck of the devil when it comes to avoiding fatal consequences.

Starlin’s art, first entirely his own work, then far more than just embellished by Steve Leialoha, remains astounding. Strongly influenced by both Kane and the other-wordly visions created by Steve Ditko for Doctor Strange, he seized upon the latter and creates mind-turning vistas as Warlock continues a very personal journey of transformation. Perhaps someone has counted the number of different aliens Starlin designed for the series, but the total is enormous. The art survives the removal of colour surprisingly well, aided by the crisp reproduction throughout this volume, not something that applies to all Essentials volumes.

Over thirteen chapters Warlock deals with the assorted threats supplied by the Universal Church of Truth, headed by his future self, Thanos’ pre-occupation with the death of the universe, and the unjustly forgotten Star Thief. Here’s a being who can blink away individual planets at will, memorably illustrated as a pictogram face spread across the stars. In concluding his series Starlin delivers a particularly memorable superhero saga featuring Spider-Man, the Thing and the Avengers, which twists an earlier scene in poignant fashion. It was good enough to win the 1978 Eagle Award as both Favourite Single Story and Favourite Continued Story.

As a series, Starlin’s Warlock has probably been reprinted more times than any other 1970s Marvel material. There have been two reprints as comic series on better paper than the original publications, this volume and a colour reprint in the Marvel Masterworks series, with the current collection being Warlock by Jim Starlin: The Complete Collection. In the UK it’s been reissued as part of Hachette’s Ultimate Graphic Novels Collection, while the earlier material is also available as Marvel Masterworks: Warlock volume one.