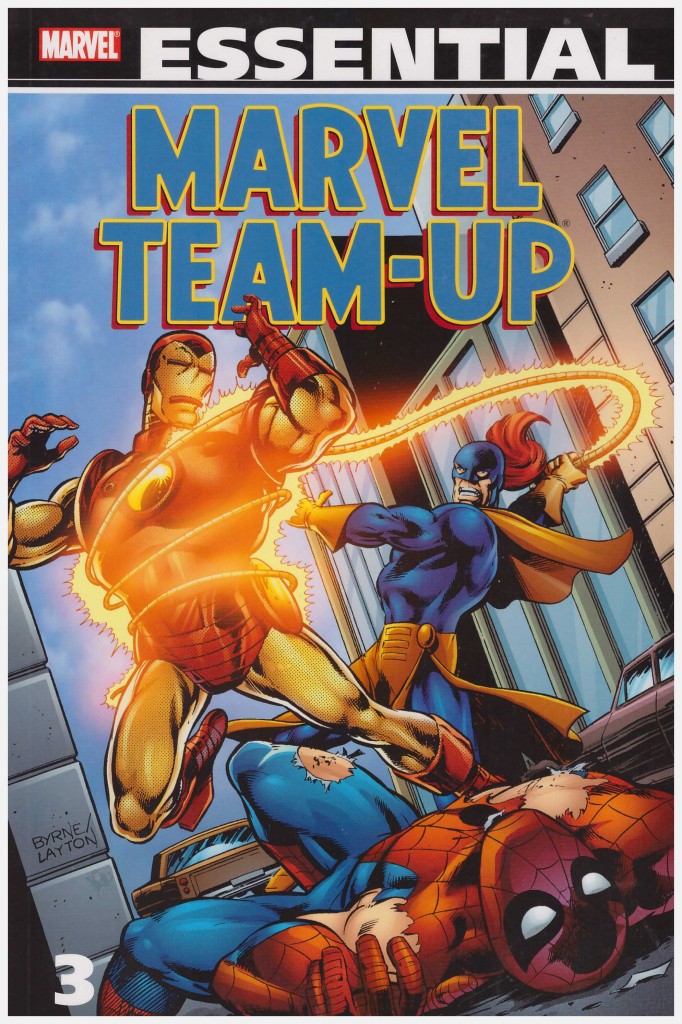 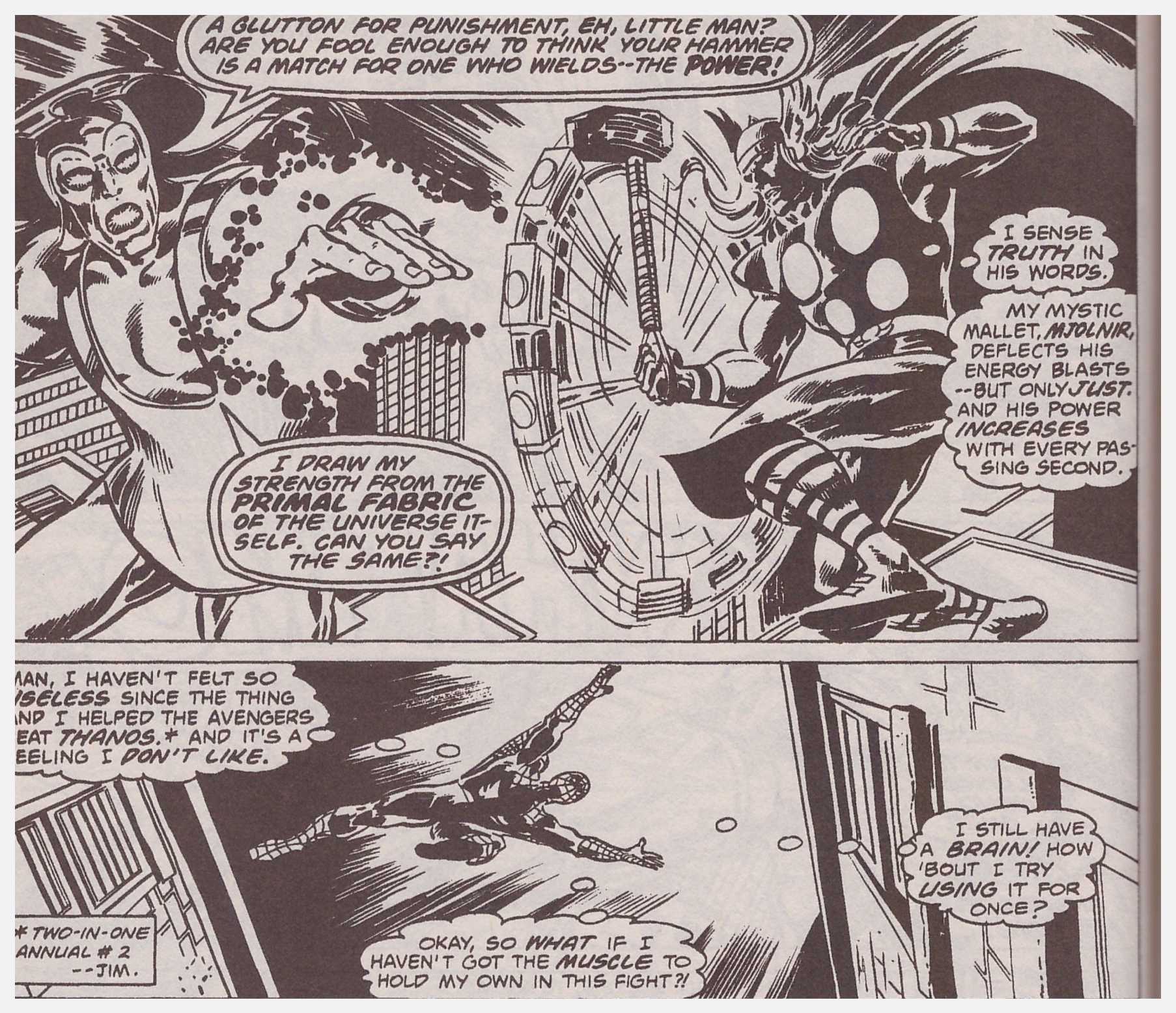 There’s a quantum leap in quality with this volume reprinting Marvel Team-Up from 1976 to 1979. Writer Bill Mantlo produces an enjoyable chapter teaming Spider-Man with Daredevil, but the remainder of his material is ordinary and his take on Warlock poor compared to the run Jim Starlin was compiling. The improvement is due to the bulk of the content being written by a young Chris Claremont and pencilled by a young John Byrne just entering his prime.

Byrne’s earliest work here pre-dates his X-Men contributions, his prior Marvel art confined to Iron Fist. Given his opportunity Byrne flourishes, and it’s on display as the collection progresses. An early Hulk story has awkward layouts and cramped panels, but by the time Spider-Man and Thor take on the Living Monolith two-thirds of the way through the book Byrne’s work is spectacular. He’s taken on a sense of graphic design, possibly via Neal Adams, and lays his stories out with room to breathe. He is combating Claremont’s prolix tendencies, so there is an occasional panel where the dialogue balloons are squashing the cast, but as the compensation is spectacular larger panels, then it’s worthwhile.

For his part Claremont saw the title as more than just 22 pages of Spider-Man fights hero, they realise mistake and team to rectify problem. He uses the series to make substantial changes to characters such as Yellowjacket and the Wasp, to introduce Captain Britain to an American audience, and continues a lot of material over two chapters to provide a better story. The later material interrupting his run returns to the previous mediocrity.

Claremont also took the opportunity to wrap-up plots from the cancelled Iron Fist, on which he’d worked with Byrne, and guest star characters he was writing, such as Ms Marvel. While the story itself isn’t noteworthy, an annual reprinted here features the first appearance of the then new X-Men team outside their own revived comic.

Two stories from the run are absent due to Marvel no longer having the rights to likenesses of the guest stars. In the case of the Red Sonja material this is a shame as Byrne’s art was again spectacular, but he didn’t draw the teaming with Saturday Night Live‘s Not Ready For Prime-Time Players. It’s interesting, but a diversion rather than essential.

This is by a long chalk the best of the Essential Marvel Team-Up compilations, although volume 4 begins well. The Claremont and Byrne material can be located in colour as Spider-Man: Marvel Team-Up, and in the U.K. as part of Hachette’s Ultimate Graphic Novels Collection.