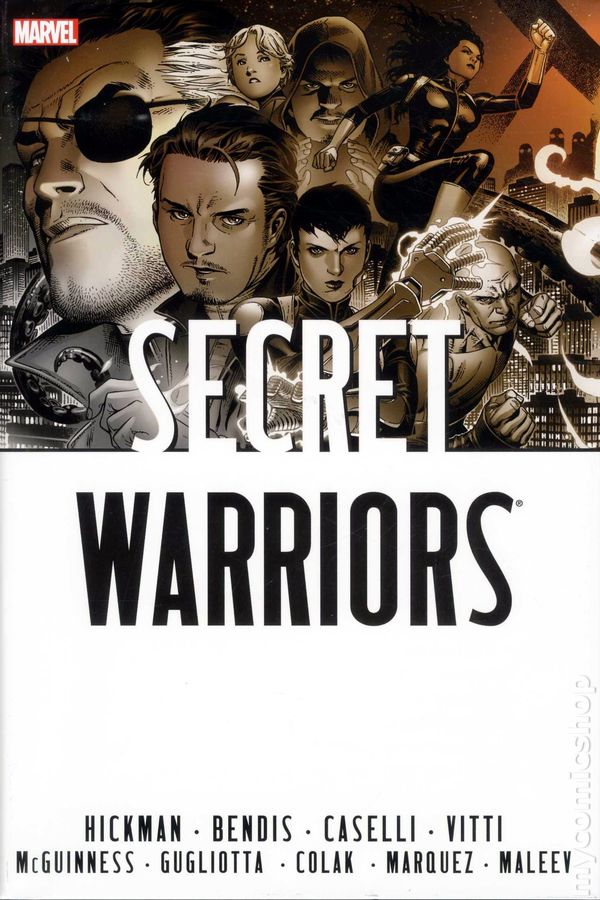 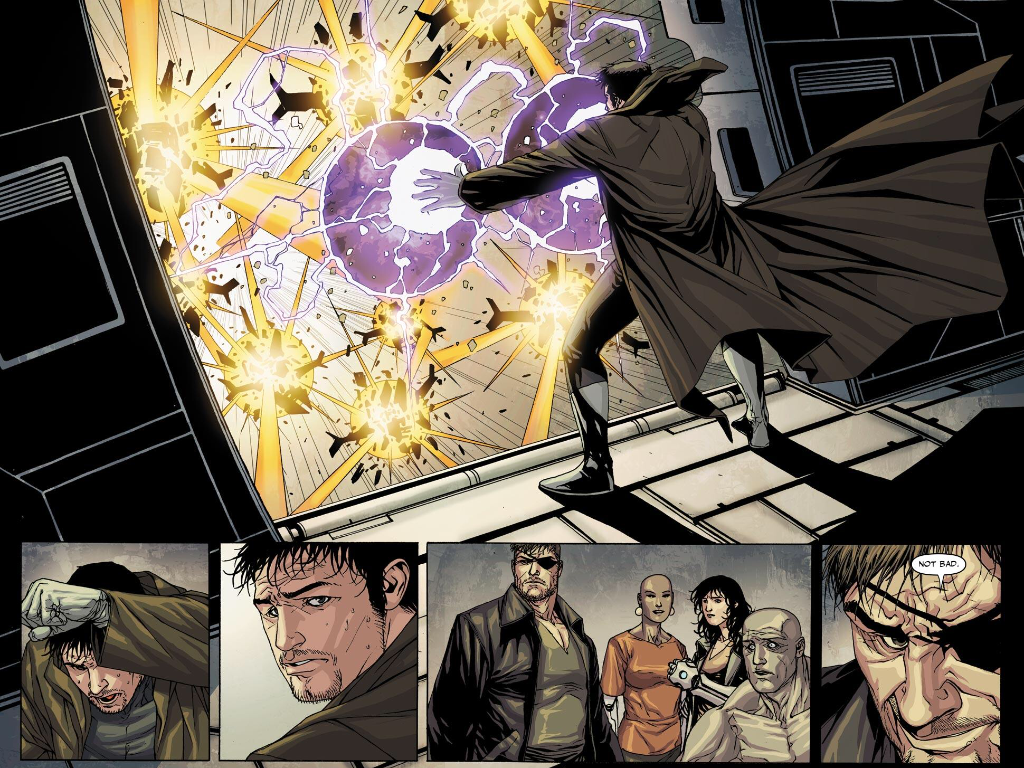 Secret Warriors spanned six books with numerous tie-ins to the Dark Reign and Siege event storylines. A group of super-powered black-ops agents led by Nick Fury for the sole purpose of destroying Hydra and keeping an eye on events since the dissolution of S.H.I.E.L.D, the team was originally conceived by Brian Michael Bendis and Alex Maleev as part of a plot thread for Secret Invasion, before Jonathan Hickman delivered an intriguing series all on its own.

Nick Fury is the lynch-pin, assembling a covert team from the offspring of super-powered villains. The team we meet is lead by Daisy ‘Quake’ Johnson, Fury’s protégé who naively believes the best in people. JT ‘Hellfire’ James is a smooth, selfish ex-con with dubious morals. Yo-Yo ‘Slingshot’ Rodriguez’s youthful exuberance and inexperience is tempered by the unusual wisdom of her hulking yet thoughtful best friend, Jerry ‘Stonewall’ Sledge. Eden Fesi simply wants to be part of something bigger, Sebastian ‘The Druid’ Druid has potential but is overweight and hampered by self-doubt, while Alexander ‘Phobos’ Aaron is a god who wants to forge a path away from the pressures of his father, Ares the God of War. These are only the main players in a huge ensemble of interesting characters both foe and ally alike. Every person is flawed, Hickman using his themes to explore an interesting dilemma when it comes to keeping the world safe: Is it black or white or rather how black is white?

The Omnibus comprises six titles namely Nick Fury, Agent of Nothing; God of Fear, God of War; Wake The Beast; Last Ride of The Howling Commandos; Night; concluding with Wheels Within Wheels. Hickman wrote a narrative both sweeping and intricate at the same time. Eschewing the usual smack-heavy, super-powered punch-up format, He crafted a tense espionage thriller that relies on the very human dynamics and experiences of its characters. There are epic smack-downs, but combat tends to be sharp and intense, the product of building events rather than story drivers. Every single title is interconnected, seemingly throw-away comments made in book one vital to the overall plot. What frustrates is that the story’s fluidity is overly reliant on the reader being familiar with events in other Marvel projects. While the Omnibus and Complete Collection editions do include stories relevant to the later events, it is impossible to be familiar with everything. The artwork is shared between Stefano Caselli, Alesandro Vitti, Gianluca Gugliotta and Mirko Colak. Their styles are very different, and while for the most part they work well together, sometimes the contrast clashes a little. What they have in common is keeping the action short and sharp, while the colouring helps to maintain the spy thriller mood as the primary focus.

Secret Warriors was consistently good, arguably better than the Marvel events it ran parallel to at the same time. The omnibus format is a whopper at over 900 pages but is nicely bound, and if you like to collect them it will make an essential companion to the other Marvel titles on your shelf. The same material is also collected in the easier to handle Secret Warriors – The Complete Collection Volumes 1 and 2.