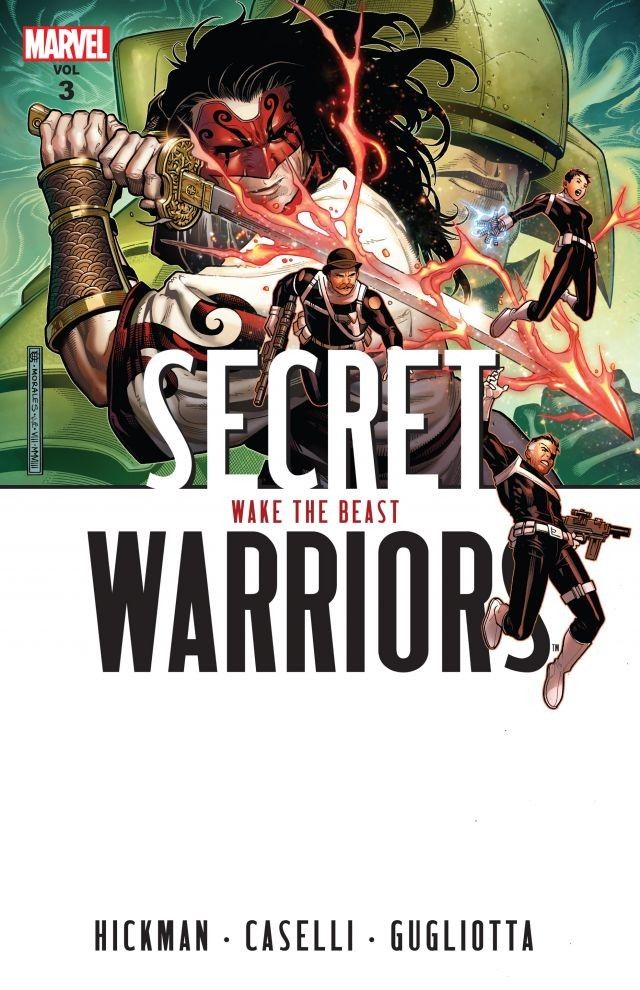 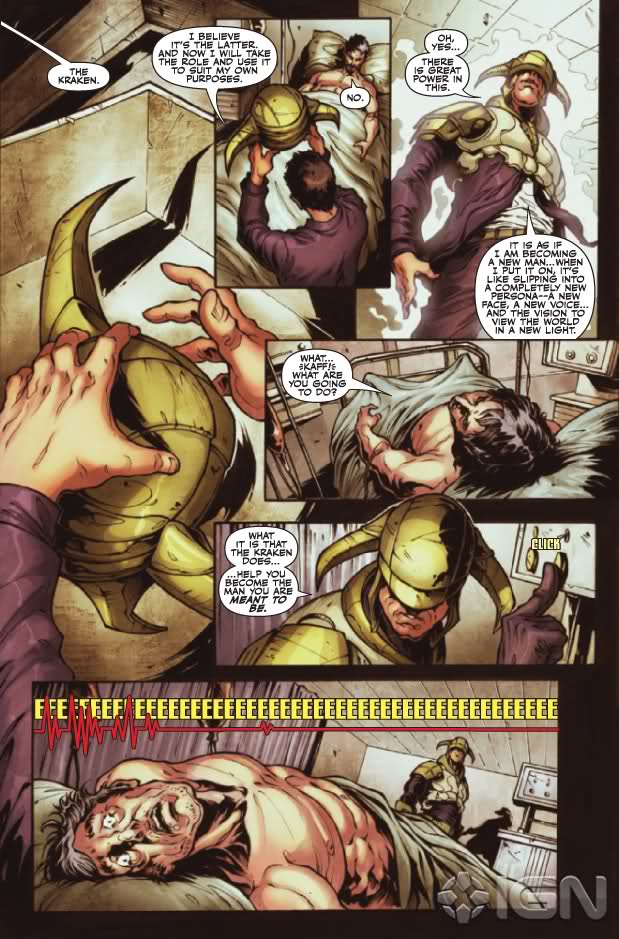 Much of Secret Warriors to date has featured Nick Fury’s attempts to lure out a new player he expected to be hiding in the shadows of the shadows. God of Fear, God of War moved this plot forward, and here the lurker is revealed to be Leviathan, the Russian equivalent of America’s S.H.I.E.L.D. and Nazi Germany’s Hydra. They plan to wake their leader Orion and begin their ascent to domination. Betrayals are laid upon betrayals in both Fury’s and Hydra’s camps, Daisy Johnson (Quake) learning that leading a team with issues is even more complicated when your boss is Nick Fury, the man whose agenda has its own agenda. After all, he has more than just Hydra and Norman Osborn’s H.A.M.M.E.R to worry about as Leviathan enters the fray. Yo-yo and Jerry go on a roadtrip to find some closure to their bleak pasts, Fury reveals there are other teams working for him, and it is make-or-break time for Sebastian Druid.

Wake the Beast’s script perambulates a little more, Jonathan Hickman’s plot becoming denser even as it gets more interesting. This is a fascinating origin story of sorts for Hydra and Leviathan’s key players, revealing little details essential to the series, but prone to monologues that become hard to follow as they run from page to page without clear distinction as to who is talking. More characters are introduced and it’s obvious Hickman is plotting for the long haul. It becomes difficult to keep abreast of all the plot developments, and we are only half-way through the series. Some story aspects like how Hydra’s hierarchy functions and how Leviathan recruits are a little vague, and while we know something about the Secret Warriors origins (their fathers are super-villains) it feels as if something is missing.

On the plus side is the consistently rock-solid artwork, superbly rendered by Stefano Caselli who catches the emotions of every single character. Gianlucca Gugliotta’s contributions are grimier and less sharp, but accentuate the edginess. The colouring by Sunny Gho and Imaginary Friends Studios enhances a sense of mystery and suspense, and since most of the plot occurs behind closed doors this convincingly lends itself to the world of espionage.

This is the slowest, yet most important part of the series, containing developments necessary for understanding the next three volumes. The writing is character driven and far removed from the action-heavy fare of other Marvel stories. The next volume displays the perspective of Fury’s long-time friends Dum Dum Dugan and Jasper Sitwell in Last Ride of the Howling Commandos.

This is also available with the two preceding volumes in a bulkier paperback, The Complete Collection Volume 1, and with all other Secret Warriors material in an oversize Omnibus edition.