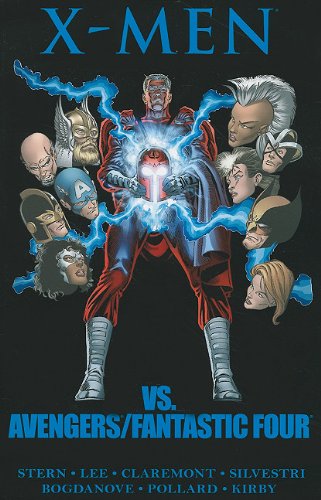 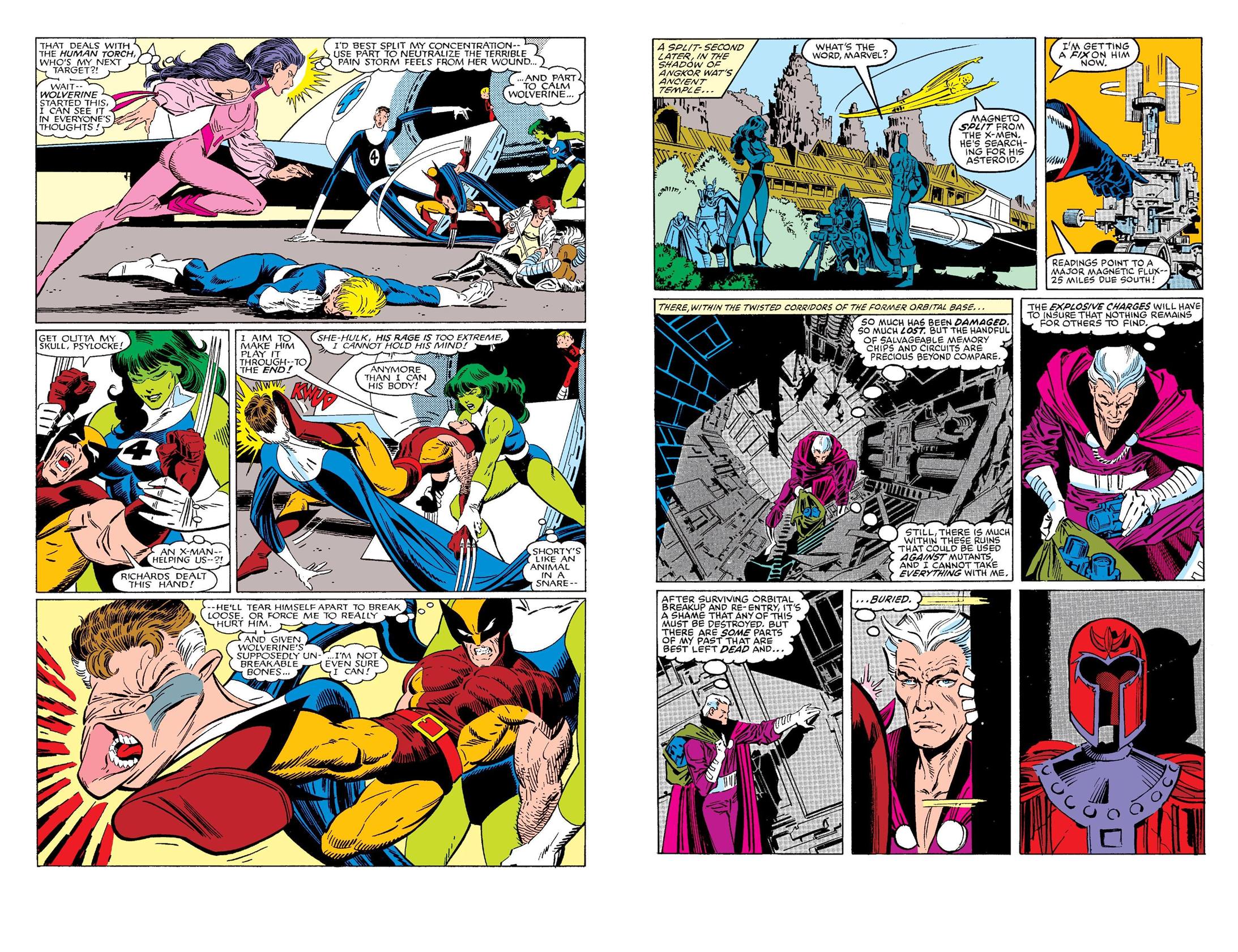 Rather strangely, just over a year after Marvel issued the two primary stories here in hardback as X-Men vs. Fantastic Four and X-Men vs. Avengers, they chose to combine them in a thicker hardback.

Both are viable, if flawed stories. When originally run in 1987 the Fantastic Four were the headliners and the X-Men the up and comers, and Chris Claremont’s story reflects that by having most of the emotional drama focus on the FF. He highlights their internal tensions well as evidence comes to light that Reed Richards may have deceived his team-mates. The meeting between teams is due to Kitty Pryde gradually fading out of existence, no longer able to revert to her solid form. However, given the new doubts he has, can Reed help her?

In places very decoratively drawn by Jon Bogdanove, the versus element of the title indicates the strict adherence to the maxim that no super teams can meet without fighting each other. Claremont’s reason is contrived, but Roger Stern plots his Avengers/X-Men outing to include more credible reasons for conflict. In this case it’s the newly reformed Magneto being confronted with some of his old technology, it having remained beyond reach until then. The Avengers don’t trust him not to use the device, and the Soviet Super Soldiers and allies want it for the Soviet Union.

Despite Stern’s better start, it’s the FF story that eventually proves the winner, Claremont handling the FF personalities well, and highlighting Doctor Doom’s rivalry. Readers are likely to solve a mystery before it’s revealed, but Claremont’s character beats around the revelation save the day. Of course, his story doesn’t have to contend with the arrival of a new creative team on the final chapter, which is the case for the Avengers tale. It’s obvious in the telling that Tom DeFalco wraps things up in a way contrary to where Stern was leading, and heavy character compromises occur.

Artistically it’s interesting to see Marc Silvestri working in a style not too far removed from John Romita Jr’s 1980s pages, although Keith Pollard on the final chapter is actually the better artist.

The package also includes two Stan Lee and Jack Kirby stories from 1964 chronicling the X-Men’s first meetings with the Avengers and Fantastic Four. Overlook that not everything is logically underpinned, and both are fun with some great Kirby art.

Everything presented is flawed to a greater or lesser degree, but with the exception of the final Avengers chapter, not to the point where the enjoyment is entirely prevented. The FF story can also be found in Marvel Masterworks: Uncanny X-Men Vol. 14, while it’s likely the Avengers one will be part of Vol. 15. Both also appear in X-Men: Mutant Massacre Omnibus.