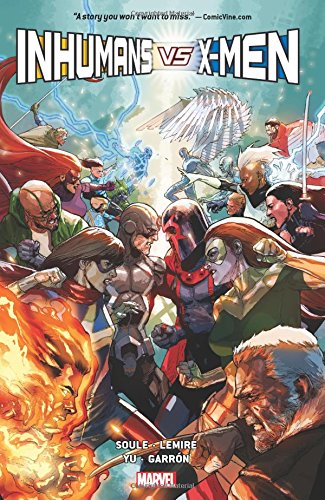 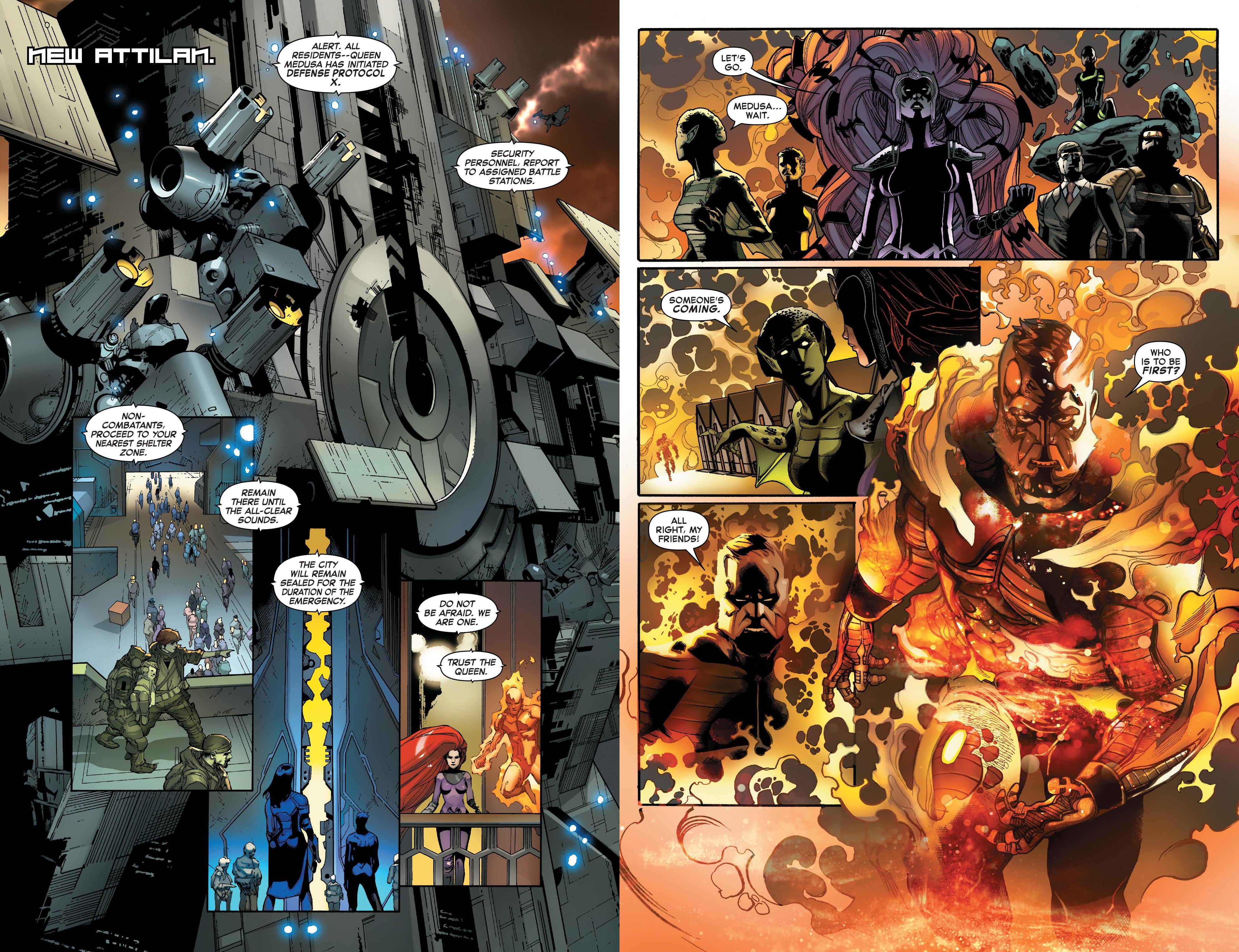 At the heart of Inhuman culture is a ceremony undertaken on puberty when exposure to the Terrigen Mists transforms those with the Inhuman gene into a variety of wondrous forms, some near human, others less so. At this point in Marvel continuity, the Terrigen Mists have been released worldwide transforming individuals beyond the Inhuman society with no idea they possessed the required DNA trigger. That has its downsides, as does the propensity of the Terrigen Mists to induce fatal conditions in mutants born with super powers. Several high profile mutants have already been casualties, but as the story opens, scientific genius the Beast has been working on a cure for six months.

If that worked there would be no battle, and despite the consequences, the Inhumans refuse to let what to them is a sacred object be destroyed. Given that there are a considerable number of known Inhumans and masses of mutants, the writing team of Charles Soule and Jeff Lemire sensibly reduce the focus of events to manageable dozen or so individuals. It’s a novelty that as far as the Inhumans are concerned it’s relatively recent introductions, Iso, Inferno and Mosaic, who take the spotlight, although the better known members of the royal family have their part to play.

Kenneth Rocafort draws the set-up chapter in a very decorative, and presumably time consuming style, as it’s his only contribution. The remainder of the book is split between Leinil Francis Yu (sample art left) and Javier Garrón (sample art right). Yu is both more experienced and better, knowing how to make the conversation sequences look interesting, while also opening up into some fantastic action pages and coming up with impressive designs. Garrón only occasionally matches what Yu manages on every page. His pages otherwise look crowded and messy, the quickly drawn material offering a chance for the more detailed and spectacular pages. A sequence featuring Karnak and Fantomex toward the end is notable, however.

Everything moves along in very spirited fashion, but as is so often the case with battles between teams of heroes, the logical underpinning is woefully flawed. The X-Men are concerned many of them will die, but don’t bother to tell the Inhumans this before attacking them. Yes, it’s superhero comics, so fight first is the motto to live by, but this lapse is obvious from the start, and not addressed until the final pages. There is a good finale, as the machinations of someone completely out of control come to fruition, and some individual sequences work extremely well, but Inhumans vs X-Men is fatally flawed.