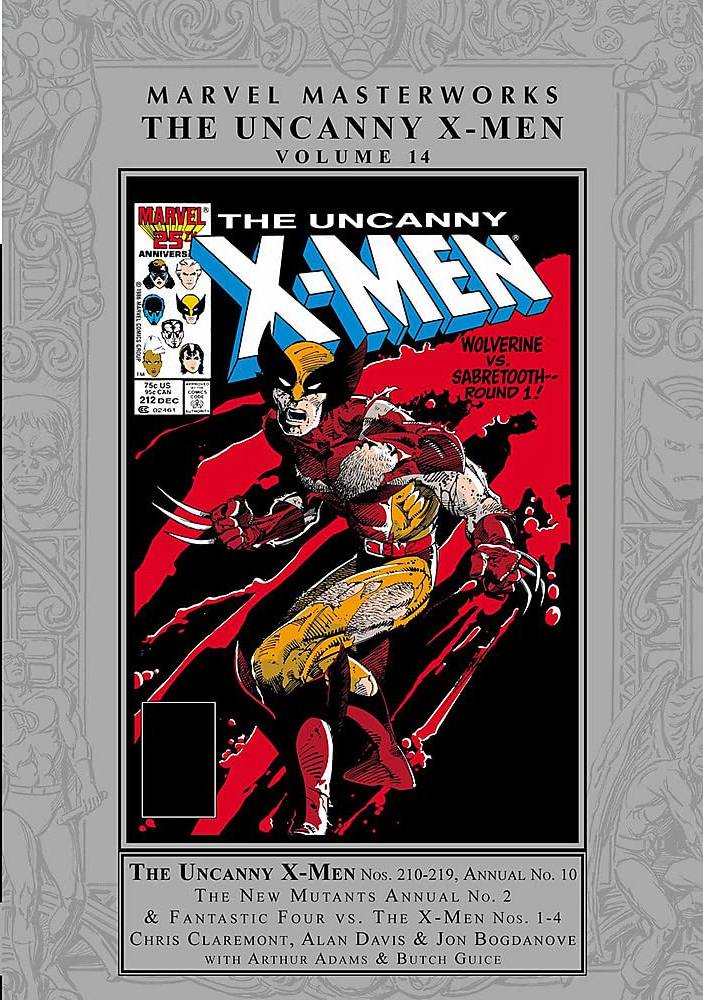 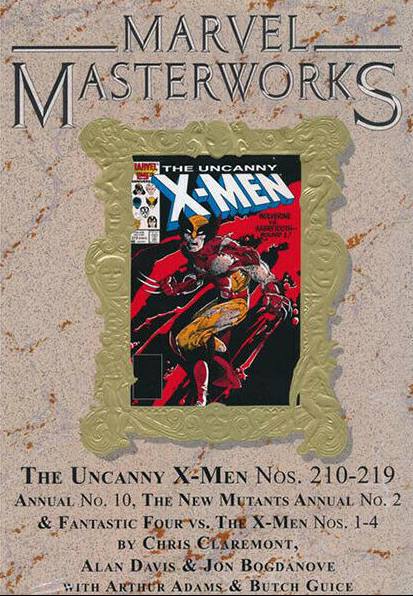 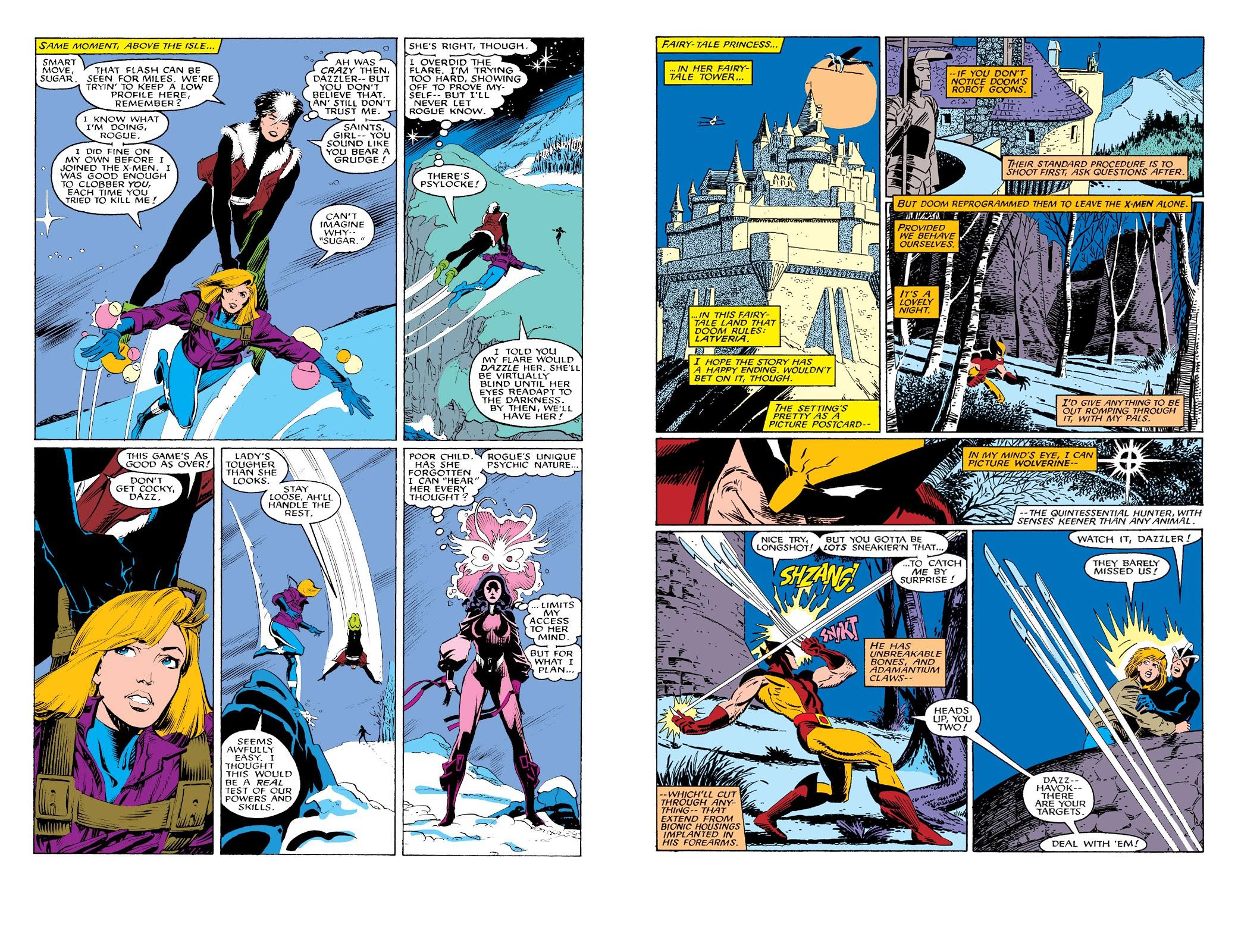 A few volumes back the X-Men Masterworks editors opened a door that’s shortly going to become problematical. At first the inclusion of stories outwith the core X-Men series was pleasing as they began to co-star in other features, and fans presumably appreciate associated material such as Longshot’s first appearance in Masterworks 13. However, by 1987 the X-Men were established sellers and guest appearances are ever more frequent. Here we have a four chapter meeting with the Fantastic Four developing from the consequences of the ‘Mutant Massacre’ sequence, but it’s more Chris Claremont enjoying the opportunity to write an FF story. X-Men appearances elsewhere exploded in the late 1980s. Are they all to be included in Masterworks editions? If so, fewer and fewer actual X-Men issues will feature.

This collection begins with four chapters of ‘Mutant Massacre’, which has proved perennially popular, with assorted collections available. Here we only have the chapters from Uncanny X-Men, which, allowing for a few glitches, actually tells the story better than collections including crossover chapters as there’s a greater focus. A group of largely new villains called the Marauders rampage through the Morlocks’ subterranean tunnels killing indiscriminately, and their feral nature is something new for X-Men villains. By the time the dust has cleared several X-Men are out of action, enabling Claremont to refresh the team. They’re not fully integrated for a while, but Callisto, Dazzler, Havok, Longshot, and Psylocke sign up, while only three members of the team who’ve featured in the last few volumes are featured.

The solidity of John Romita Jr’s artwork has characterised the last few Masterworks volumes, but he moves on after providing layouts for Dan Green and Bret Blevins on the first chapters. As seen by the sheer number of artists credited, replacing him is difficult, although all contenders are good, and it’ll be Marc Silvestri’s art regularly featuring from Masterworks 15. The sample pages are by Butch Guice, here going through his Jackson Guice phase, and Jon Bogdanove, who draws more than any other artist by virtue of illustrating the FF tale. That’s also available as a separate hardcover as X-Men vs. Fantastic Four.

We’re now well into Claremont’s over-writing period, A subplot extended over several chapters has the contrived melodrama of X-Men considering if they can stay together after what’s happened, and too many manifest confidence issues. It can be seen as pre-empting the social media-generated 21st century explosion of such feelings, but the sheer amount of unnecessary dialogue and characters emoting doesn’t read well. That’s a shame, because buried beneath are interesting thoughts on how to use super powers, and compelling mismatches such as Dazzler taking on Juggernaut. There’s also variety, with the massacre followed by an involving story about three World War II heroes coming out of retirement to dispense their form of justice, Havok, who’s not been keeping up with the X-Men, not happy with the current line-up, and finally a return for the Marauders setting up the next volume.

With the art all solid, the reading pleasure is down to how fondly anyone remembers these stories from their youth, or if new readers can drill past the writing style.