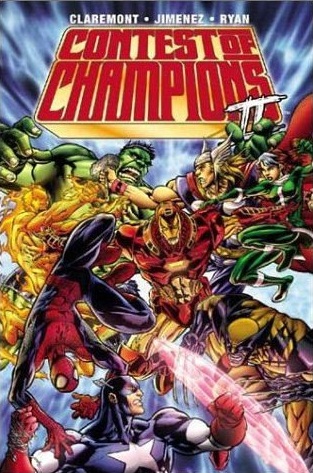 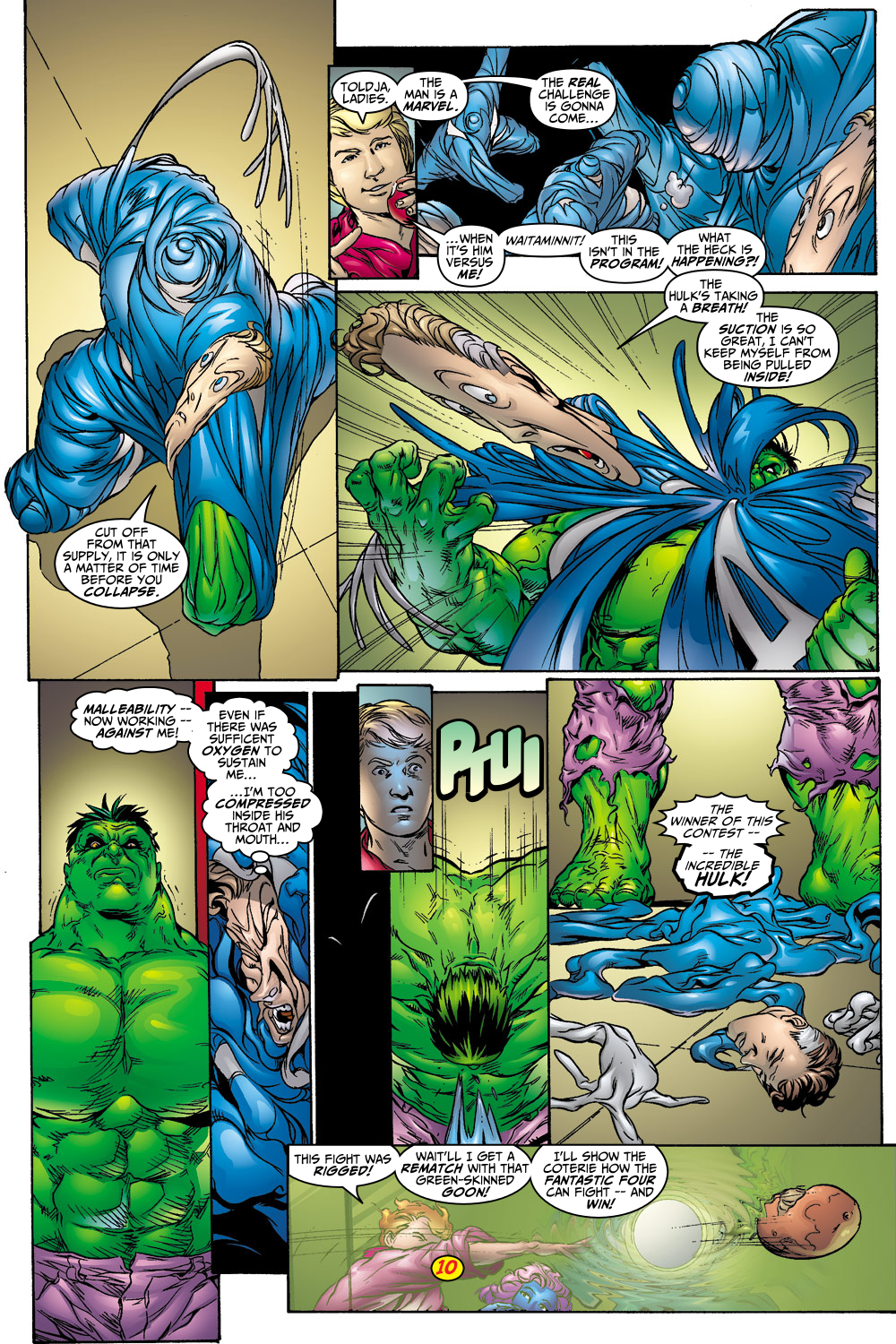 In 1982 Contest of Champions was the first Marvel title to unite virtually all their superheroes, but that thunder was later stolen by Secret Wars, which did so more expansively. This story begins in much the same manner as the original, with numerous Earth superheroes abducted into space to be pitched against each other. Unlike the original story, these are one on one contests, and there’s deception involved, figured out immediately by Iron Man, but leaving the other heroes in a state of induced blissful fantasies.

Chris Claremont’s plot is clever, but requires working through so much unnecessary dialogue to realise that, each hero reflecting at length on who or what they or their opponents are, and panels plastered with narrative captions describing what’s already being shown in Oscar Jimenez’s art. On the positive side, Claremont keeps the individual battles brief, rarely longer than four pages, and comes up with interesting ways for the heroes to use their powers. The New Warriors against the Slingers is a basketball game, for instance. As the first Contest of Champions did, this also introduces new characters, and the motivation for the entire event is also a neat revelation, involving fearsome creatures Claremont used in X-Men.

Jimenez can produce a sparkling pin-up illustration, but isn’t as accomplished when it comes to including several figures in a panel and giving them space to breathe, making the mistake of always closing in rather than viewing from distance. He’s not one for backgrounds either, so there’s never any sense of defined location unless absolutely necessary. For most of the book the superheroes could be in a high school gym, not inside a vast alien craft with numerous environments.

By midway the individual contests are no longer the point and are dismissed in single panels, somewhat betraying the title, as the focus shifts to the heroes who’ve lost a fight. They’re dumped into a different area where they’re stripped of their powers and allocated as prey. It stretches credulity slightly that given the circumstances, their deadly opponents and the vast size of the area that every single one of them survives, but would we really want it any other way?

There’s still fun to be here, although not as much as in 1999, but the style of writing and art has dated, so beware. Contest of Champions returned as an online game, and a new graphic novel in 2016.