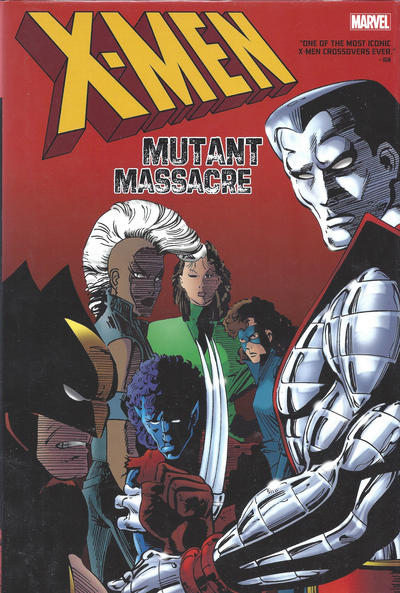 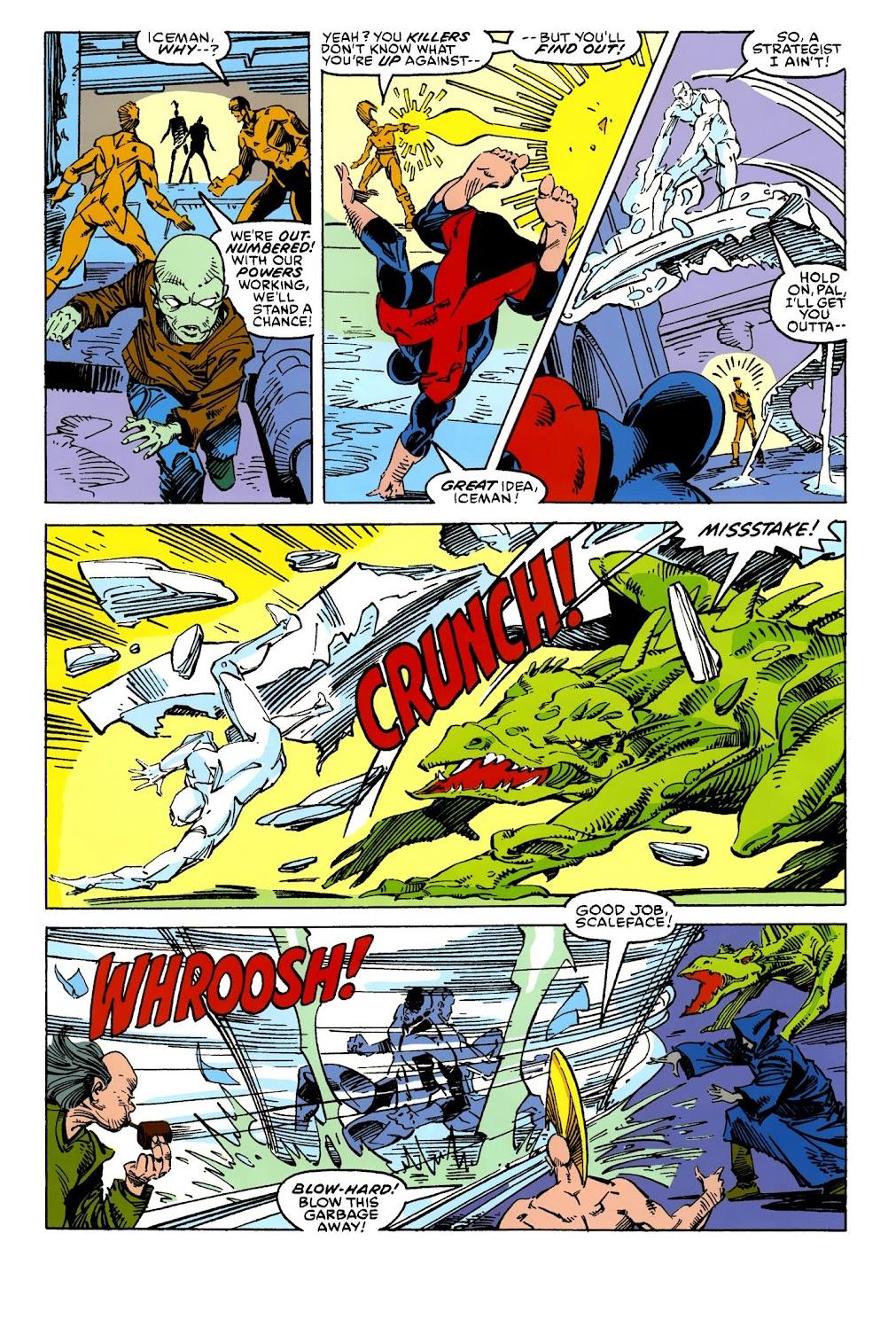 While Mutant Massacre sprawled a little when originally published, the core story encompassed four issues of X-Men and four issues of X-Factor, then newly formed and consisting of the original X-Men team masquerading as mutant hunters while covertly committed to protecting mutants.

As crossovers go, in 1986 there was some validity for it in case of the X-Factor and X-Men titles, as the event considerably changed the personnel, and in the X-Men’s case also left several of them injured and needing help. That’s possibly the slim justification for including four chapters of X-Men vs. Fantastic Four, in which the help of Reed Richards is sought in preventing Kitty Pryde from fading into nothingness. There’s no such connection for the fatally compromised four chapters of X-Men vs. Avengers. Both are available as separate hardcovers, or combined, and the FF story is the better outing. When serialised the title billing was reversed, and that makes sense of the greater focus on the Fantastic Four and Franklin Richards. Chris Claremont was writing an FF story with X-Men participation, and pretending otherwise with the flipped title credits leads to unfulfilled expectations. It’s generally fun, although fudged in places.

What propels the core story is the constant sense of danger. A set of feral new mutants (and Sabretooth) rampage through the New York tunnels murdering the mutant Morlocks who live there. By having a couple of prominent characters fall early, Claremont ensures readers realise no-one is safe, and on the X-Factor chapters Louise Simonson plays along and messes with her stability. In her case there’s the added pathos of mutant children being endangered. The dips into other titles aren’t as well handled. There’s a lot of Thor’s personal problems before his participation begins, which might have been better excerpted, and Daredevil taking on Sabretooth isn’t great. The now long-forgotten Power Pack are at least relevant.

Post-massacre, the X-Men chapters are too melodramatic, and the volume of emoting and unrequired dialogue doesn’t read well at all now, but Claremont’s plots beneath are varied and packed with interesting ideas. They’re drawn by a variety of artists, so the post-massacre X-Factor chapters have the edge for mostly being drawn by Walter Simonson (sample art), whose work features more than any other artist in this collection. It’s sometimes magnificent, and sometimes cluttered. Louise Simonson’s primary plot is Scott Summers finally attempting to sort out the complications of his love life (possibly beyond redemption) and the re-emergence of Apocalypse leading into the next big story arc. It’s found in the Epic Collection: Genesis & Apocalypse.

Is this value for a lot of your money? Well, the list of artists includes some stellar names. Where else are you going to find David Mazzucchelli and Barry Windsor-Smith pages between the same covers? However, few of those named draw more than a single chapter. In terms of plot, there’s nothing added to this oversized hardback collection that’s essential. Instead the Mutant Massacre title proves a convenient umbrella for gathering a batch of subsequent stories. If that provides a nostalgic thrill and some good art on oversized pages, all well and good, but if you’re just after the essential story, you’d be better off with the paperback.