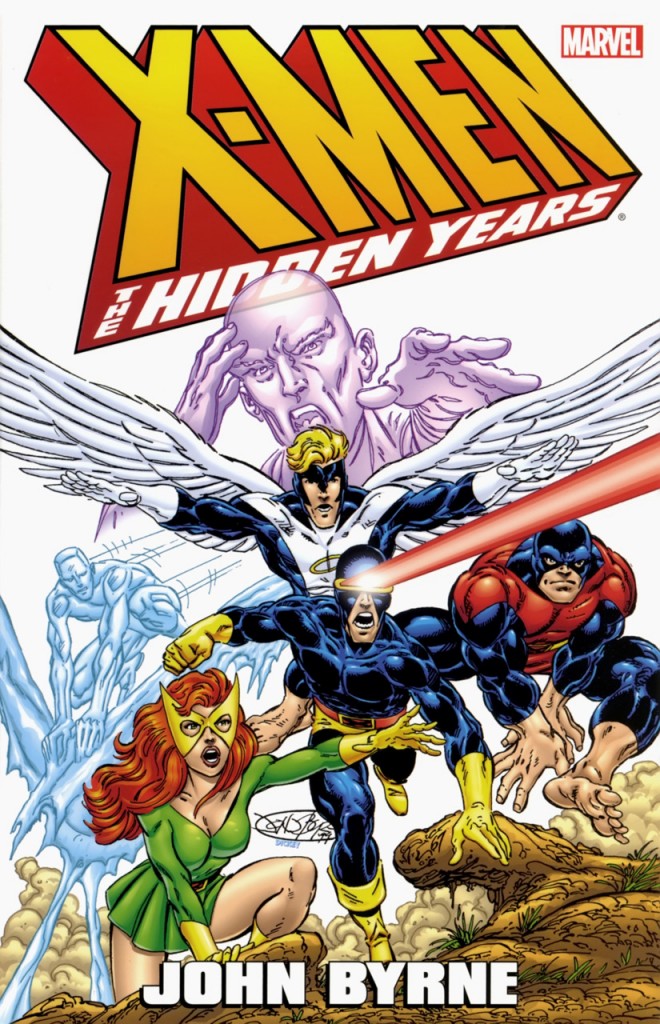 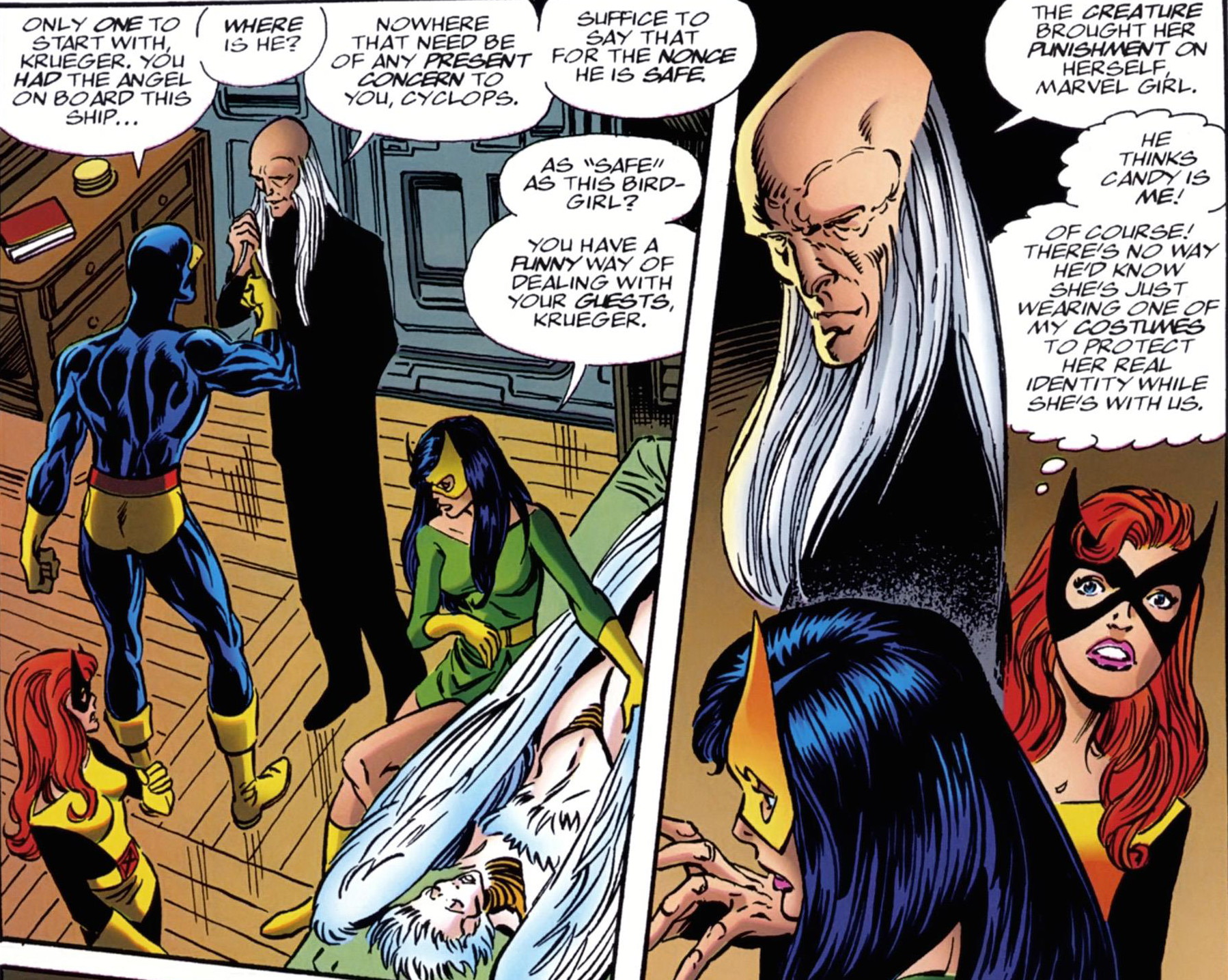 There’s an interesting conceit behind X-Men: The Hidden Years. There was a time the X-Men wasn’t a multi-media juggernaut, but the runt of Marvel’s litter. Not even a run of fine stories from the top talents of the day Roy Thomas and Neal Adams could save X-Men from cancellation. For almost five years their presence in the comic racks was sustained only by reprinting earlier issues.

With the X-Men comfortably Marvel’s top sellers in the 1990s, John Byrne suggested he produce material to replace those reprint issues, furthering the established continuity as of the X-Men’s 1970 cancellation. He also decided to begin, at least, by emulating the style of the preceding material. When he started pencilling professionally Byrne was very much influenced by Adams, and he excels at providing similar layouts, with the feel of the art accentuated by using original inker Tom Palmer. He toys initially with remaining true to the spirit of Roy Thomas’ writing, which was a verbose style common to the times, incorporating a strained formality. In both cases, though, he rapidly drops the idea for his own approach.

This collection draws pretty well exclusively on those Thomas and Adams tales (available as X-Men Masterworks volume 6), utilising almost all the characters involved, and following the pattern of separation, but opens by picking up a bizarre plot point of the original issues. The supposed death of Professor X was explained by claiming he needed to seclude himself free of distraction to prepare to combat a forthcoming alien invasion. That he’d not had the consideration to inform his charges rankles, simultaneously sowing discord by only informing Jean Grey, but under instructions she keep his secret. It appears perverse in hindsight, and Byrne exploits this by portraying a particularly grouchy and high-handed Professor X.

The resulting story is over-extended through seven chapters and initially just appears to be retreading familiar ground, but Byrne gradually throws in his own elements, and there’s a surprise meeting with someone the X-Men would later know very well indeed. It leads to a teaming with the Fantastic Four and more foreshadowing, before another familiar character makes an appearance.

Artistically Byrne delivers some stunning pages, has always been an exceptional storyteller, and enjoys himself playing with style. Elements of the Fantastic Four’s appearance mimic the heavily shadowed approach Jack Kirby was using on them at the time, as inked by Joe Sinnott.

The best sequences end the volume, with the X-Men meeting a twisted counterpart to Professor X, while the Professor himself is dealing with a Sentinel.

As he’s producing a continuity implant Byrne can toy with the known elements, and his manner of doing so is well-considered and surely acceptable to all but the perennially grumpy. There are irritating errors, though, such as returning to Havok, Polaris and Ka-Zar zipping about the Savage Land every chapter when this doesn’t match the timescale of other events. The major problem, though is that the material would be greatly improved by some compression. There are moments where it’s a fun read that most who remember the original X-Men could enjoy, but these have to be mined from the remainder.

This is the first of two standard format books presenting the entire Hidden Years series, with the second a great improvement. The content is also available in the UK spread over three pocket-sized volumes titled The Ghost and the Darkness, Destroy all Mutants and Worlds Within Worlds.