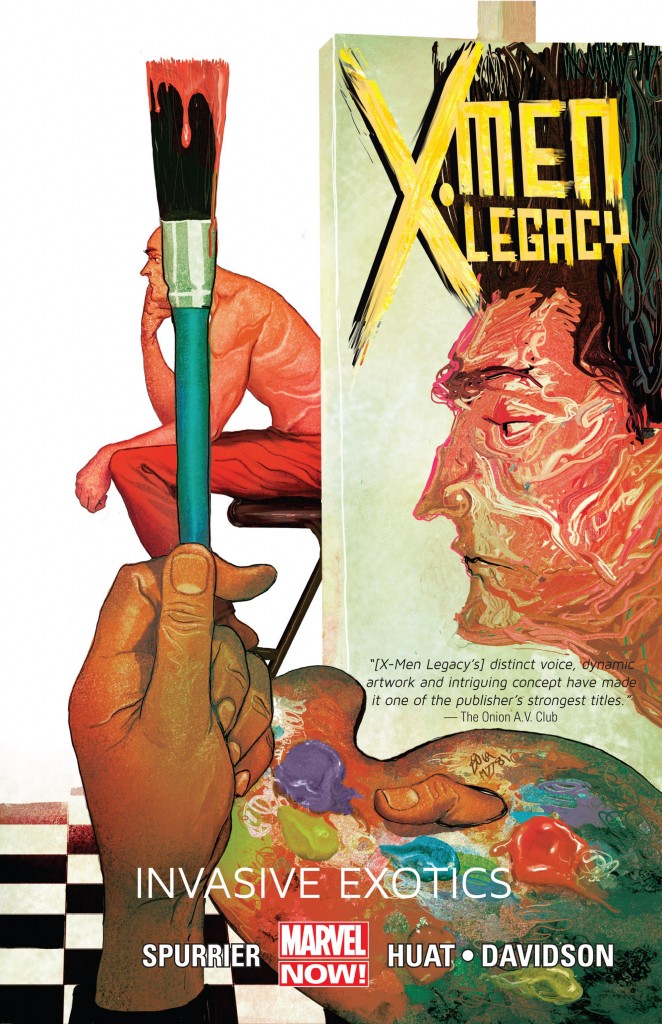 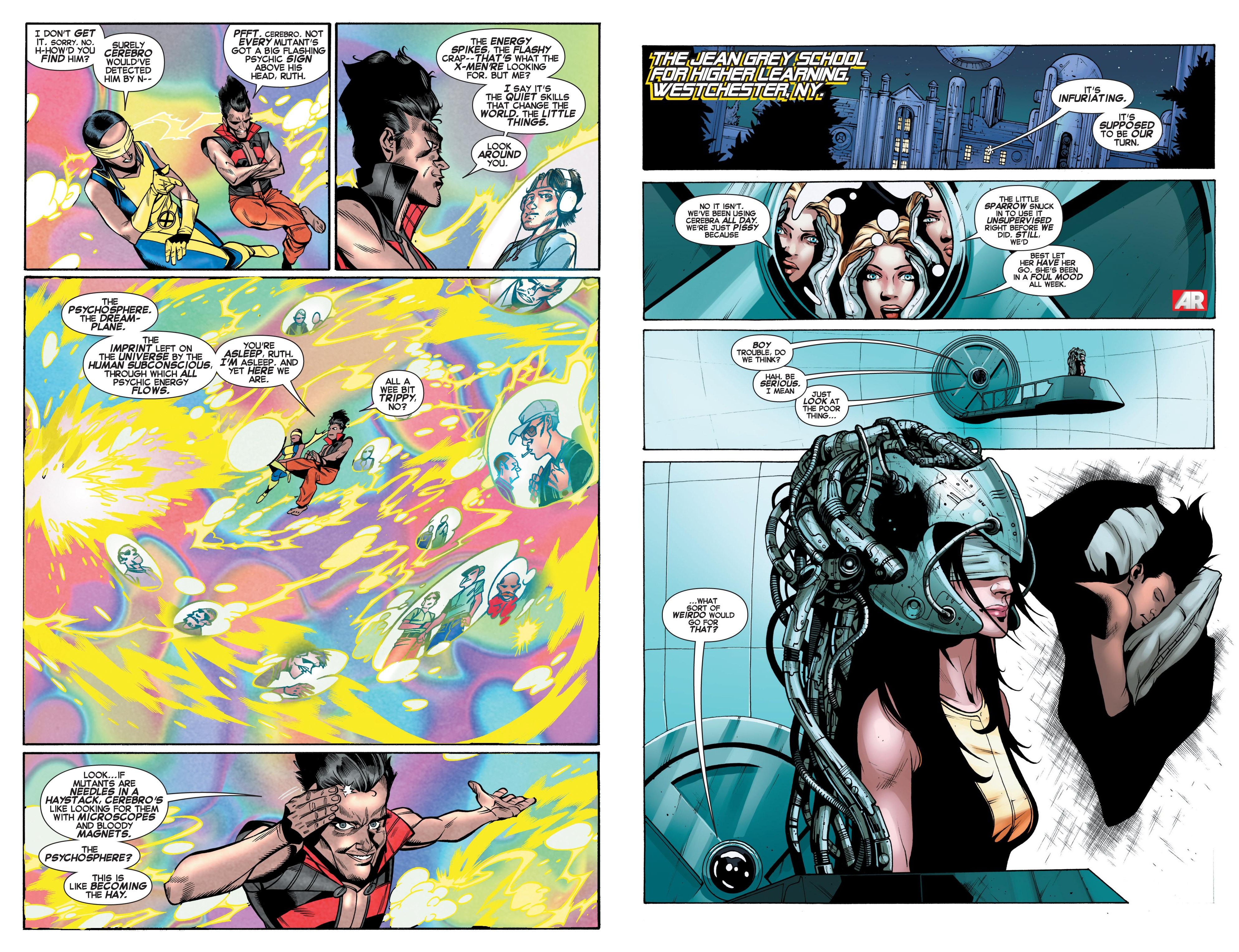 David Haller – he hates the name Legion – is one of the world’s most powerful mutants. The son of the now deceased Professor X, he rejects his father’s X-Men legacy, but decides to perpetuate that spirit behind that legacy via his own course. Also within Prodigal he discovered an attraction toward Blindfold, a sightless mutant who intuits the future.

Simon Spurrier’s method of displaying the more than two hundred different personalities gathered within Legion’s mind is to depict that mind as its own claustrophobic world, the Qortex Complex, in which there’s a constant tension. It’s the best aspect of the writing over the first half of the book, which otherwise has a stream of consciousness meander about it as he involves Legion in such nebulous concepts as the psychosphere. These are intended to have a surreal quality, but so much of what Legion’s involved in is a matter of limitless possibilities, and when something has to happen it does, so there’s never any real tension or surprise about his escapades. It might work if Haller were anything other than the insufferably smug individual that he is, but any right thinking person would happily punch his lights out, which could be considered successful character building. The exception is Blindfold, who appears attracted to this combination of arrogance and ego masking low esteem, and their relationship develops through the book.

Of the two artists used, the more appealing pages are those of Paul Davidson who has a clarity about his layouts compared with Tan Eng Huat’s preference for packing his panels with so much detail that the eye is distracted.

The title strip is an improvement, as there’s a slightly more human Legion investigating a facility that claims to treat mutants by mentall blocking their access to the powers they have. It doesn’t suddenly transform Invasive Exotics into spellbinding, but does feature some surprises and a foe who can match Legion’s power levels. And it leads into an uplifting and well plotted conclusion.

For the old-fashioned there may be a problem. Once upon a time there was a notion of swear words, crudity that proper thinking people shouldn’t use in refined company. A sniggering Spurrier has discovered Marvel are either not bothered about this any longer, or ignorant, so at times the dialogue reads as if Father Jack Hackett’s in control. Which of the following words has slipped into Invasive Exotics only once: arse, bastard (in German), bloody, bollocks, bugger, crap, peed, and pissed off?

The entire four volume series is also available in a single oversize hardcover Omnibus edition, or it continues in paperback with Revenants.