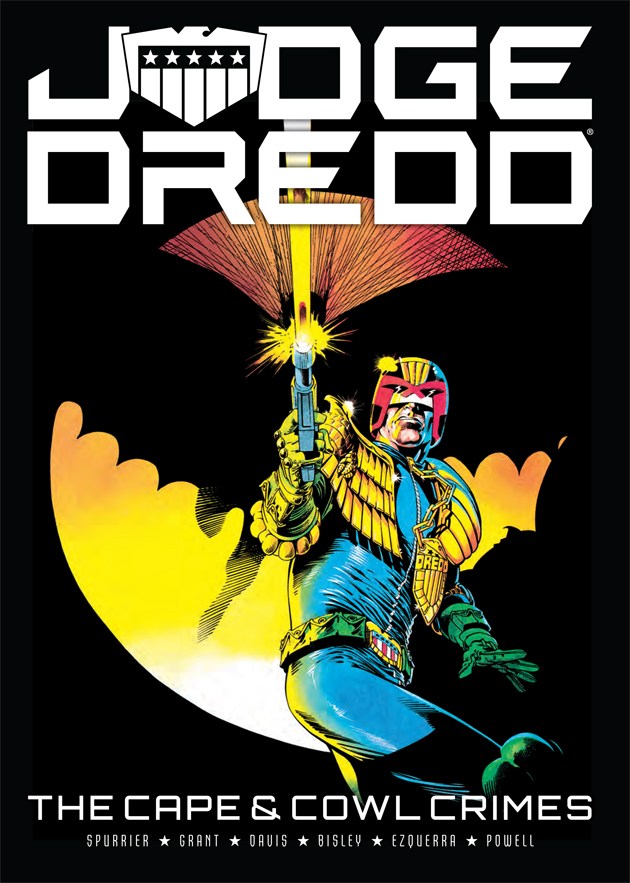 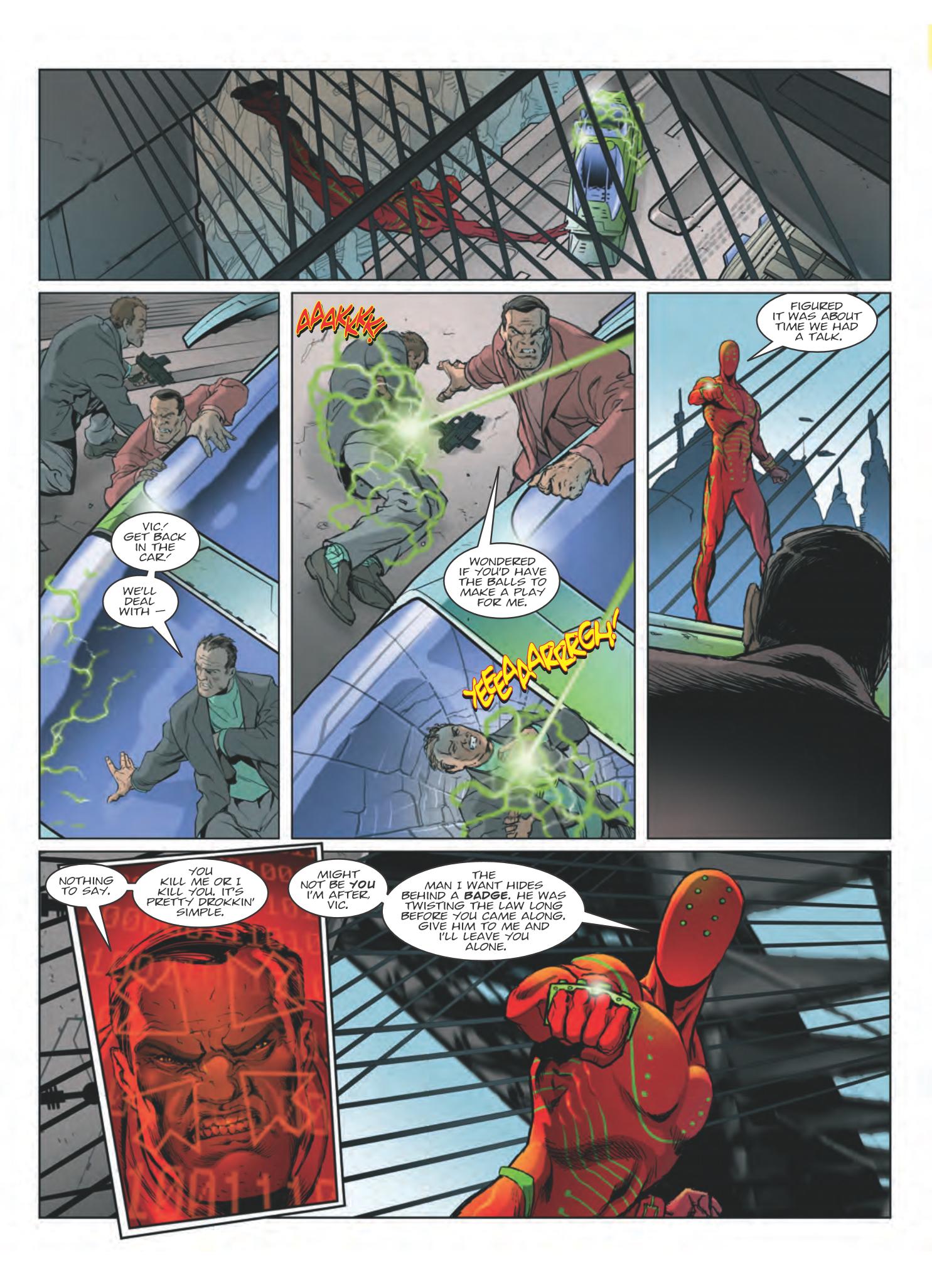 Judge Dredd and the world of superheroes have very rarely touched base, as proved by 162 pages from cover to cover being enough to present in chronological order his every interaction with them. Primary Dredd writer John Wagner, as he’s said on numerous occasions, has never been able to take the concept of superheroes seriously, and that has very much set the tone.

Dredd had been running for over ten years before encountering his first superhero in the form of Fairly Hyperman. Wagner and Alan Grant provide the full dose of patronising “Little Buddy” comments and a listing of fairly hyper-vision and fairly hyper-strength, leading to a conclusion based on the Justice Department storing fragments from all known exploded planets. Mike Collins and Mark Farmer do provide a suitably hyper-muscled specimen, but overall? It’s fairly ordinary.

Much better is a rare Alan Davis drawn Dredd strip in which a mugger in a bat suit uses the proceeds to buy his own paintings from a gallery to create a credible source of income. He inevitably comes a cropper in another none too great ending, but this works as Wagner adds some character depth.

‘The Juve-Mutated Kung-Fu Kleggs’ is an obvious parody from Andy Lanning and Steve White, but rapidly runs out of steam despite early art from Dermot Power. Simon Bisley’s given free rein on the John Major bat-glider script, again not great in any respect.

Robbie Morrison has the benefit of Richard Elson (sample page) illustrating  in fine form, and by the time we reach the bulk of the superhero content in ‘The Marauder’ we’ve come to know and understand expelled Justice Department trainee Danny Falcone. It’s the best story in the book by some distance. Danny has some complex motivations, Morrison sets up the plot well, and the superhero element is woven in, but incidental to the bigger picture. The only real problem is the uncertain ending.

‘Codename Weasel’ is Si Spurrier’s Wolverine parody, which is slim and not very funny, although artist Paul Marshall puts the effort into detailed pages. He’s not as good at the comedic exaggeration, which overplays the joke much as Bisley does earlier in the book. Spurrier’s version of the Avengers, the Adjudicators, is a greater success, satirising spin and involving arch public relations judge Ocelot Camble: “The perpetrator of this tacky little terror is the most dangerous creature alive. A rogue P.R. Judge”. It’s another comedy turn, more restrained this time, but dragged on too long, and while Carlos Ezquerra’s not the artist of old he creates a busy world.

Alex Worley and Ben Willsher take their inspiration from the V for Vendetta masks worn by protest group Anonymous in the real world, replacing that with a smiling cat for the purposes of their strip. Neither that nor Worley’s follow-up with Eric Powell about cosplayers rioting as two rival superhero films are released is much cop. Willsher’s art has a greater polish, but both stories are fillers.

So there we have it, forty years of Dredd interacting with superheroes and while there’s no great problem with the art, the writing, for the most part doesn’t even qualify as fairly good.