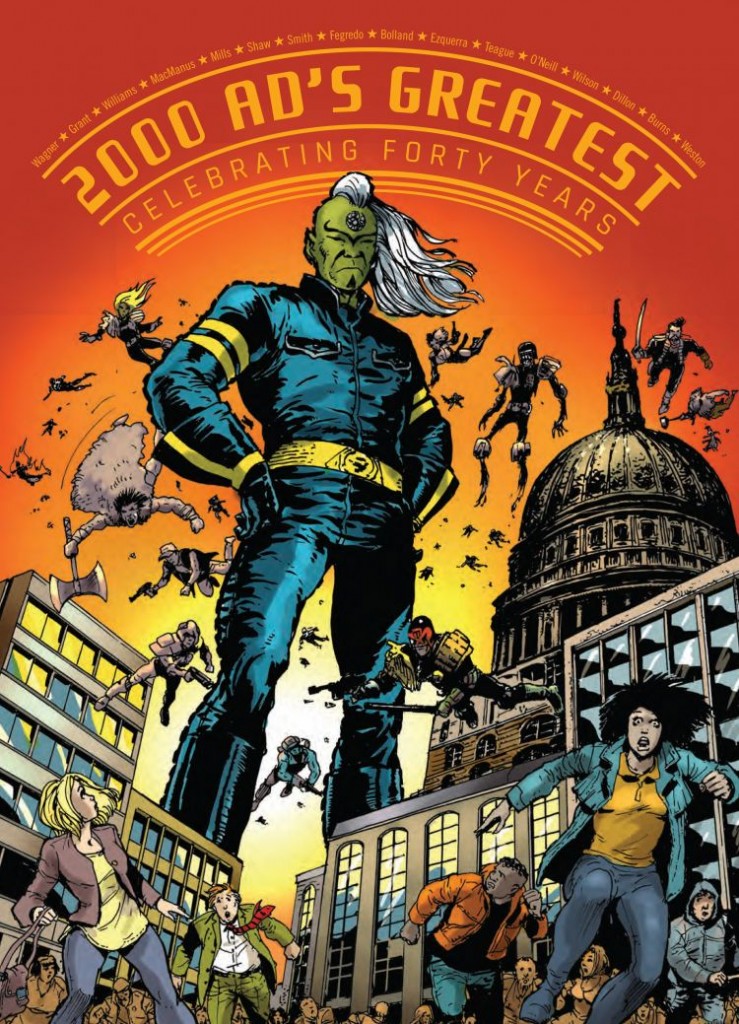 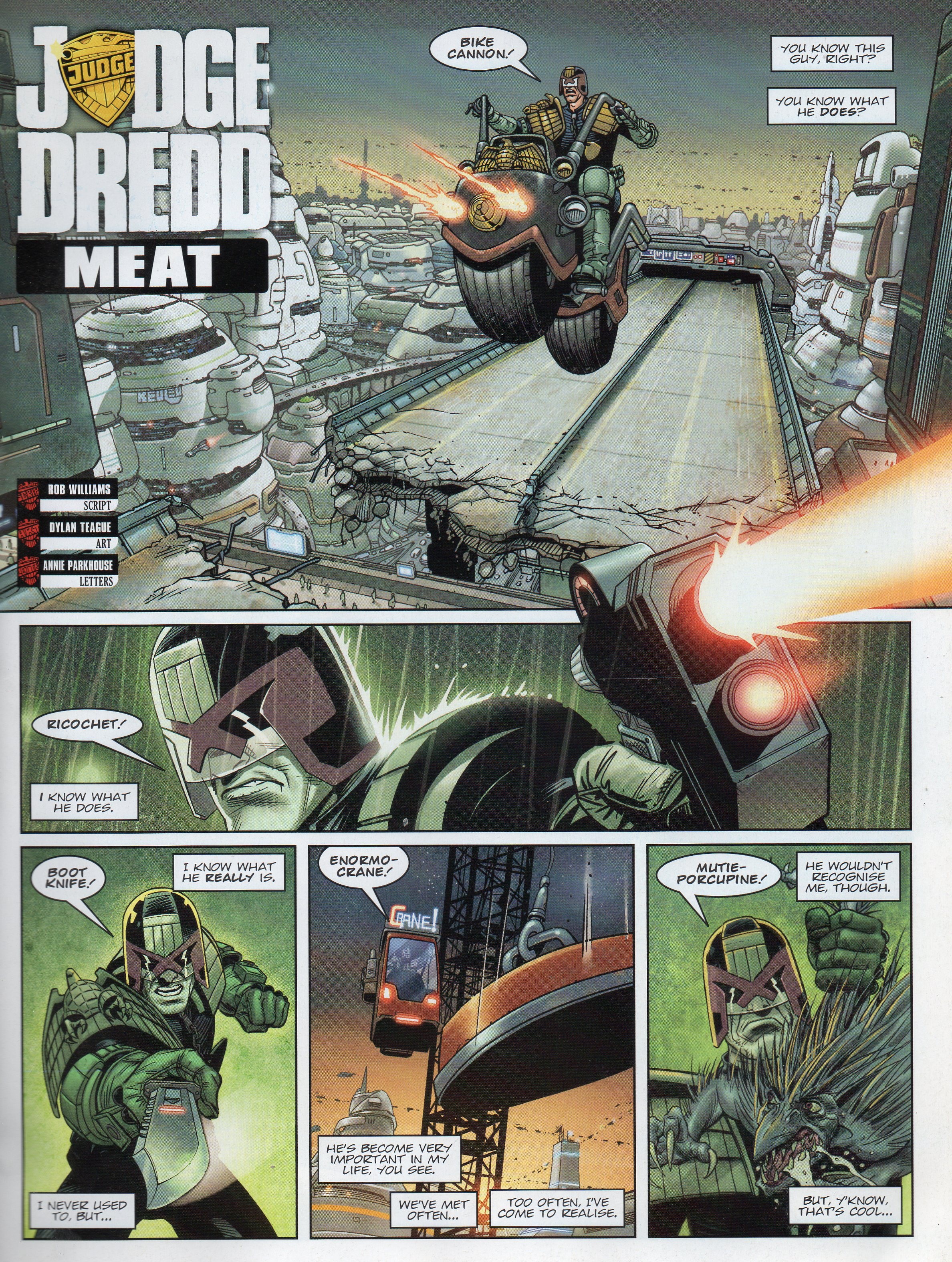 To tie in with February 2017’s 40th anniversary celebrations of 2000AD, creators from across the decades selected a favourite story for this anthology. They had one metaphorical hand tied behind their backs as the format is single or two-part stories, whereas if most fans were asked, the most memorable material would be that serialised over several issues of the weekly comic. All creators introduce their choices, and these brief paragraphs enlighten about subject and author.

What’s immediately interesting is that many of the stories are illustrated by artists whose 2000AD contributions were relatively few, and limited to a brief timespan. Dylan Teague (sample image) has inked or coloured way more stories than he pencilled, yet the pristine elegance of his Judge Dredd strip, while showing off his combined talents, makes it a great shame he doesn’t pencil more. For Colin Wilson the comic was a stopover before a long career illustrating European graphic novels, and Duncan Fegredo’s few contributions came after establishing an American career.

Brian Bolland and Steve Dillon are present, but it’s a great pity that Mike McMahon is only represented by his choice of an early Carlos Ezquerra Dredd contribution. He remains 2000AD’s most unique artist, heading a strong challenging field, numbering Kevin O’Neill among them. O’Neill, the comic’s original art editor, is selected by three creators, and he manages to disturb in three different styles, giving a young Henry Flint nightmares via the trivialities of a tale featuring the comic’s alien editor Tharg.

The selection harmoniously extols the catholic virtues of 2000AD. Due to appearing in all but one issue over forty years, more creators inevitably select a Judge Dredd piece as their favourite than any other feature. However, there’s also room for the obscure, such as the puritanical Doctor Sin by John Smith and John Burns, and the hapless Alec Trench, failed writer, by Alan Grant and Ezquerra. Of the comic’s more popular features we have the bizarre introduction of Nemesis by Pat Mills and O’Neill, and a Strontium Dog tale by Grant and Ezquerra cited by Al Ewing as exemplary due to the seamless sweep of mood and issues wrapped up in a storytelling masterclass.

Allowing for sugar being a banned substance in Dredd’s world, it’s coincidence that so many of his chosen stories either feature drugs as fundamental to the story, or incidental. Strangely, of the material collected it’s not a John Wagner script that best represents 2000AD’s combination of black humour, oddball science-fiction and thrills, but Rob Williams’ story of Sensitive Klegg. The Kleggs, as indicated by their crocodilian appearance, are a feared and savage race, apart from Sensitive, who tries speed dating, and frequents the library. Chris Weston’s obsessively detailed art plays the story straight, and it’s a gem.

What does it say about the selection and the selectors that McMahon’s absence apart they’ve randomly come up with a top class anthology? Perhaps that it’s the best material that leaves the lingering impression and with 2000AD we’re greatly spoiled for choice.