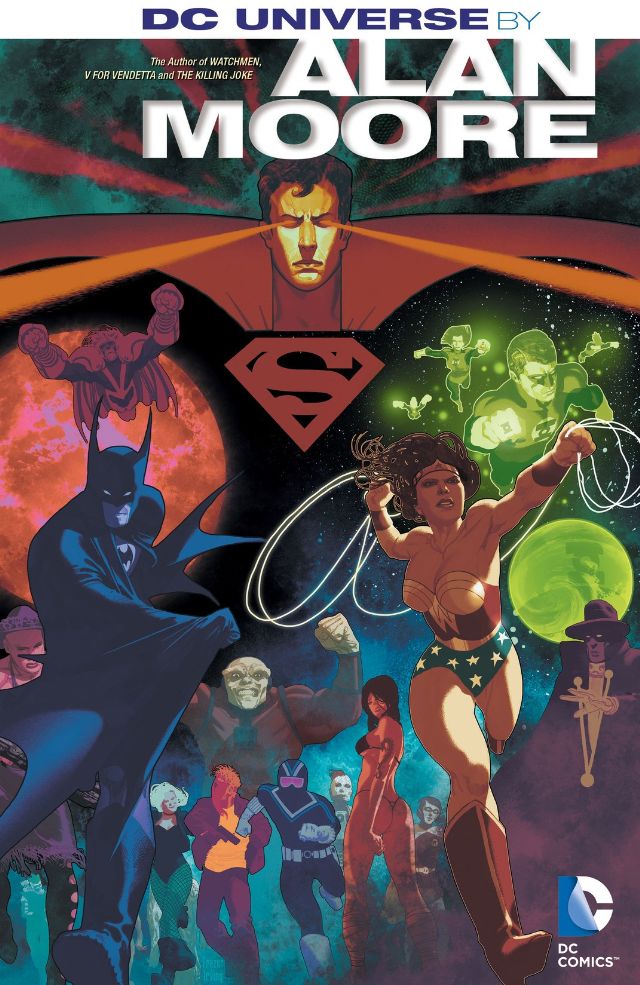 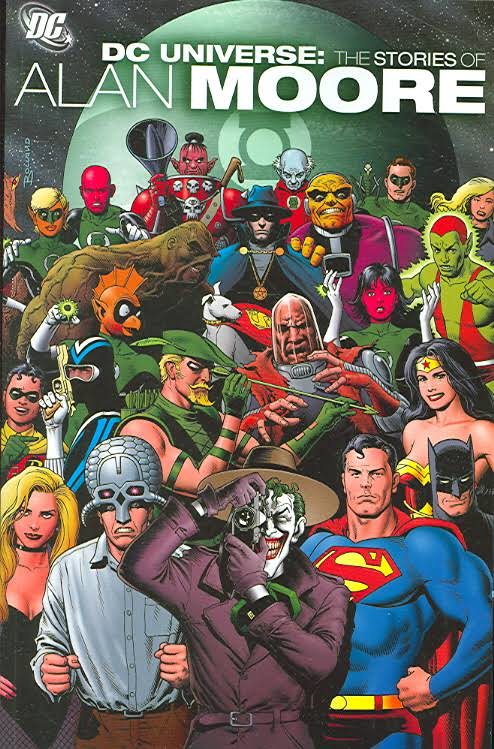 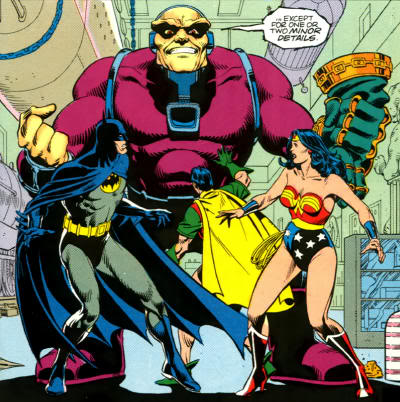 Essentially an expansion of the earlier (and better-titled) collection Across the Universe, this volume adds The Killing Joke and Whatever Happened to the Man of Tomorrow? to bring together just about everything Alan Moore wrote for DC between 1984 and 1987 that isn’t Swamp Thing, Watchmen or V For Vendetta. Brian Bolland supplies a new cover, later replaced, for reasons that are not immediately apparent, by one by Frazer Irving.

Moore was the darling of the comics set in the 1980s, but this collection is a mixed bag. Some of the material here has the distinct feeling of being rapid knock-offs, lacking much in the way of inspiration or quality, and too often Moore turns to violence against women to shock his readers. Worst here is a two-part Vigilante story, where Moore appears to be trying to deconstruct a character (admittedly a bad Punisher analogue) for whom he has no sympathy.

Fortunately, some material here is very good indeed. The quality stories fall into two camps, both of which illustrate particular strengths of Moore’s. First, three Superman tales, including the delightful ‘Whatever Happened to the Man of Tomorrow?’, show Moore’s ability to do interesting things with very basic superhero archetypes.

The second group consists of three Tales of the Green Lantern Corps and a Vega story, ‘Brief Lives’. Here Moore revisits the science fiction short story format with which he made his name in 2000 A.D. and Doctor Who Weekly. He has clearly lost none of his skill in exploiting the form.

Many would include ‘The Killing Joke’ amongst the highlights, but whilst the comic clearly has its admirers, and is better than the other Batman tale here (with which it shares some thematic echoes), others might argue with some justification that the story is slight, and quite nasty in places. Moore’s best Batman writing is actually his cameo appearance in  the Superman story ‘For the Man who has Everything’ (and in Swamp Thing).

Moore has a reputation of bringing out the best in his artists, and there’s some fine work here – Bolland on ‘The Killing Joke’, Dave Gibbons on ‘For the Man who has Everything’ and the best Green Lantern Corps tale, ‘Mogo Doesn’t Socialize’, Curt Swan on ‘Whatever Happened to the Man of Tomorrow?’, especially when inked in the second part by Kurt Schaffenberger, Kevin O’Neill on ‘Brief Lives’ and ‘Tygers’ (another Green Lantern Corps story). On the other hand, Joe Orlando on the Phantom Stranger tale ‘Footsteps’ and Klaus Janson on the Green Arrow two-parter ‘Night Olympics’ do not cover themselves in glory.

Overall, this collection is worthwhile for the Superman and Green Lantern Corps stories, but it’s hardly representative of Moore’s talent. To see why he was such a star, you still need to turn to Swamp Thing, Watchmen or V For Vendetta.