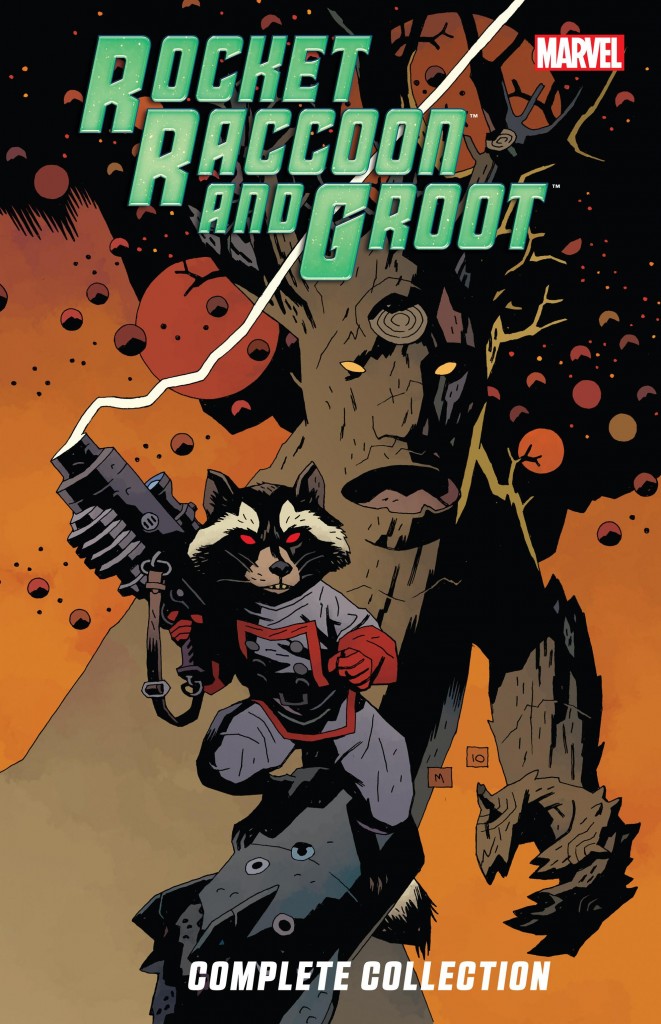 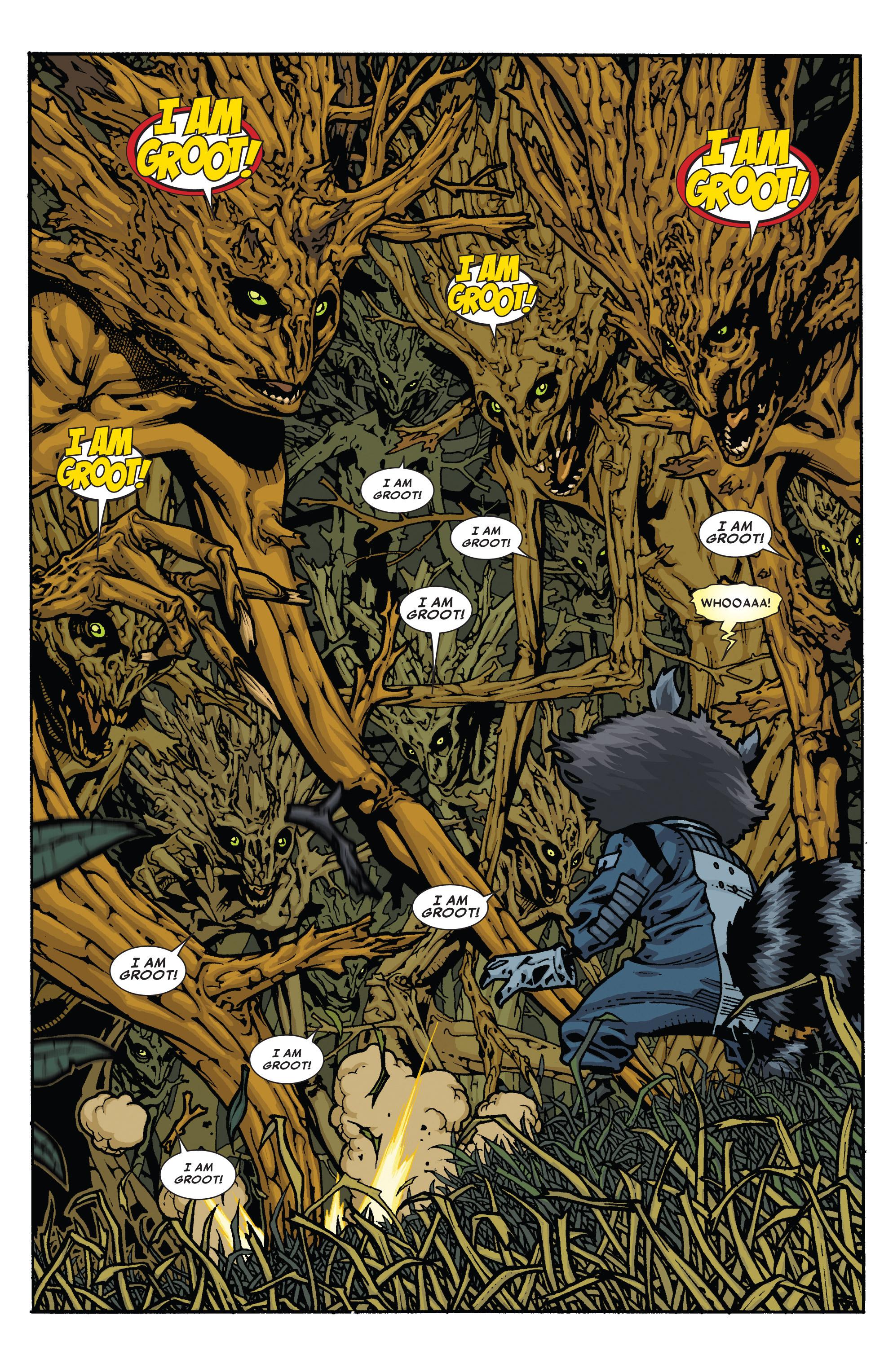 The passage of Rocket Raccoon and Groot from comic page to movie screen was an unlikely story to begin with, yet this gathering of  their pre-Guardians of the Galaxy appearances only underlines how strange the process was.

Groot originated as one of dozens of monsters created to fill Marvel anthology titles in the late 1950s by the prolific team of Stan Lee and Jack Kirby. While still a sentient tree, he’s a very different character, verbose and world conquering in this very silly story whose daft ending is hilarious. Rocket Raccoon first appeared in 1976 as Beatles fan Bill Mantlo extrapolated a character from their Rocky Raccoon song into the long and meandering black and white fantasy he was writing, ‘The Sword in the Star’. Both Mantlo and artist Keith Giffen can be thankful relatively few pages are collected here, although they’re not printed chronologically. As the character in that tale is named Rocky, it could be considered someone else.

Mantlo then reintroduced his raccoon when writing Hulk, where he proved popular enough to spawn his own miniseries. This continues the fantasy elements Mantlo surrounded the character with, but the item of greatest interest is seeing artist Mike Mignola’s work before he developed his signature style. Credit to him for returning for the cover. All this had been previously available as the Rocket Raccoon: Guardian of the Keystone Quadrant.

It was the writing team of Dan Abnett and Andy Lanning who repurposed the characters for the 21st century in their space-spanning epics starting with Annihilation Conquest, in which the present day Guardians of the Galaxy are first convened. We pick up again after that went sour with Rocket working in a company mailroom. Abnett and Lanning’s plot kicks off with the heartwarming tale of what one raccoon will do for his buddy. It ties back into the earliest solo appearances of both characters, making a little more sense of those, while the art from Timothy Green II (featured page) is lively and detailed. Tan Eng Huat continues in roughly the same style for a shorter tale that sees Rocket and Groot involved in Mojo’s unceasing chase of viewing ratings. He thinks he’s found his new stars. A nice touch is splicing the story with pictures of the associated merchandise Mojo is offering as his video streams play out.

As a collection the material just about hangs together, and it’s fun to see Abnett and Lanning in the second half ironing out the trivialities and inconsistencies of the first. That noted, while their material is far better, it’s not essential, and possibly better sampled as part of the Annihilators collection.