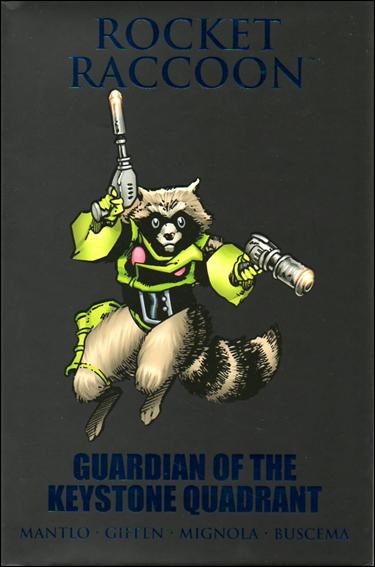 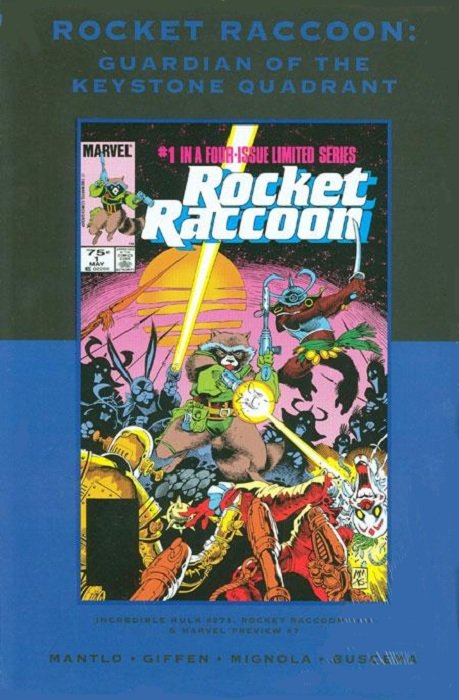 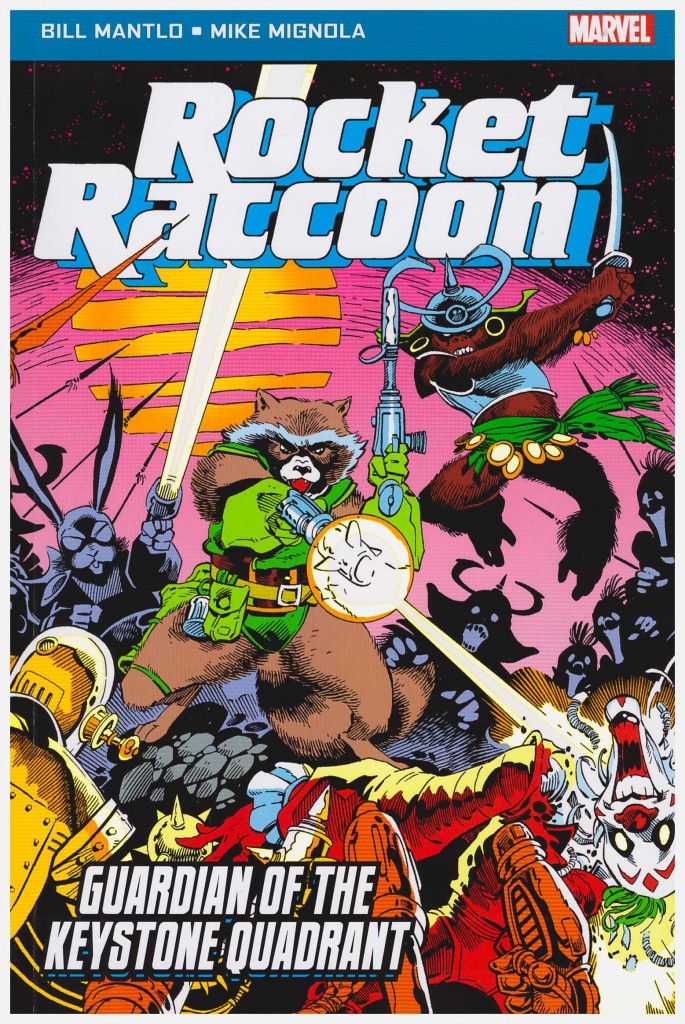 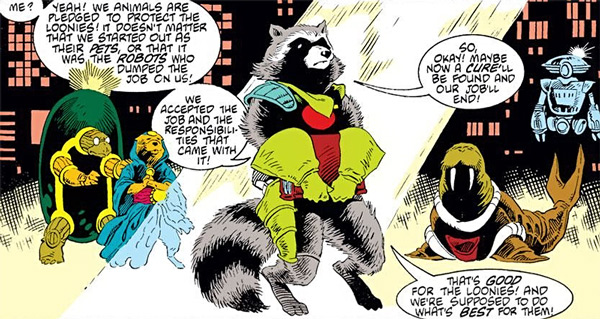 Even in a world where any character can be plucked from obscurity and given another shot, the re-emergence of Rocket Raccoon as part of the Guardians of the Galaxy is an astonishingly unlikely second chance success story.

It’s largely irrelevant now, but Rocket’s origin is down to a joke by co-creator Bill Mantlo, who modified the name from the Beatles song Rocky Raccoon, and threw him into a meandering 1970s fantasy and science fiction story titled ‘The Sword in the Star’. Illustrated by Keith Giffen, whose ambitious layouts are more impressive than the remainder, it’s reprinted here and hasn’t dated well. That might have been it for Rocket, but five years later Mantlo later required an oddity for a Hulk comic, and included as many references as he could to the Beatles song as he revived Rocket, extending the Beatles-related whimsy to elements such as a walrus sidekick. Decently drawn by Sal Buscema, again, it’s not aged well.

And indeed that comment applies to the remainder of the material. It’s the later and longest tale that opens this collection. Here Mantlo steps into whimsical overdrive with a war between toy companies, killer clowns who spout in rhyme, a group of numpties whose religion is based on One Flew over the Cuckoo’s Nest, and assorted other off-centre elements. It all comes across as very forced, and is unlikely to appeal to those who’ve recently discovered the character. The most interesting aspect is the art from Mike Mignola, then at an early stage of his career. Instead of the starkly contrasting light and shade style he’d later develop he’s using a more traditional action style, and his depiction of a gun-toting raccoon warrior is far more convincing than those of his predecessors.

For Guardians of the Galaxy fans there’s also Groot’s first appearance, dating from the monster-filled comics Marvel published in 1960. It’s seven pages of ridiculous old tosh from Stan Lee and Jack Kirby with a preposterous ending, yet very enjoyable for all that.

Given the less than stellar content, those still curious are best directed to the reasonably priced pocket-sized collection rather than the full size hardback version.