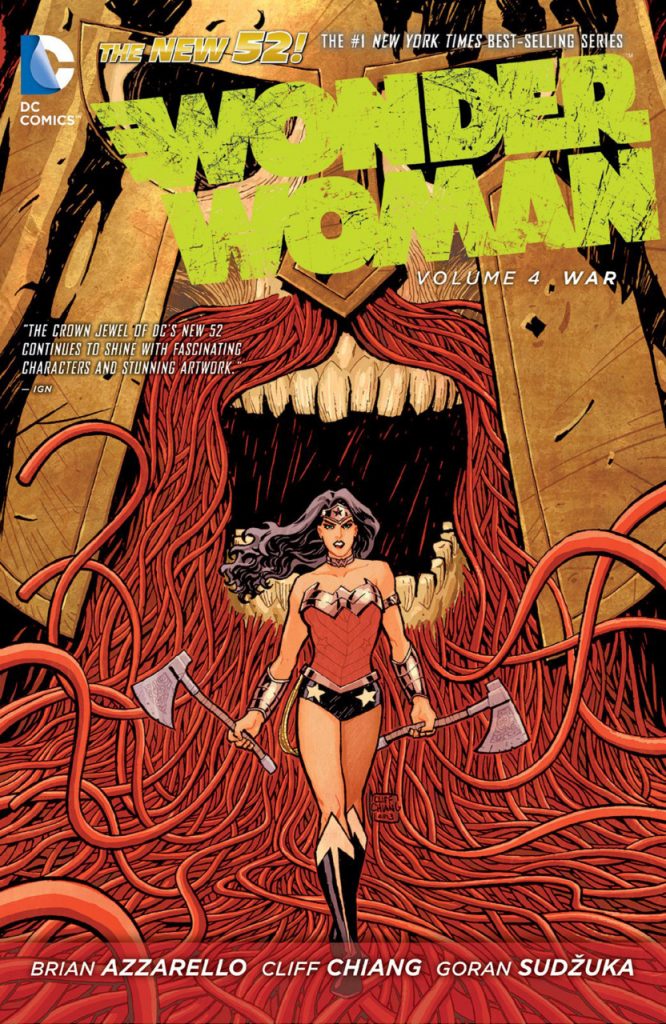 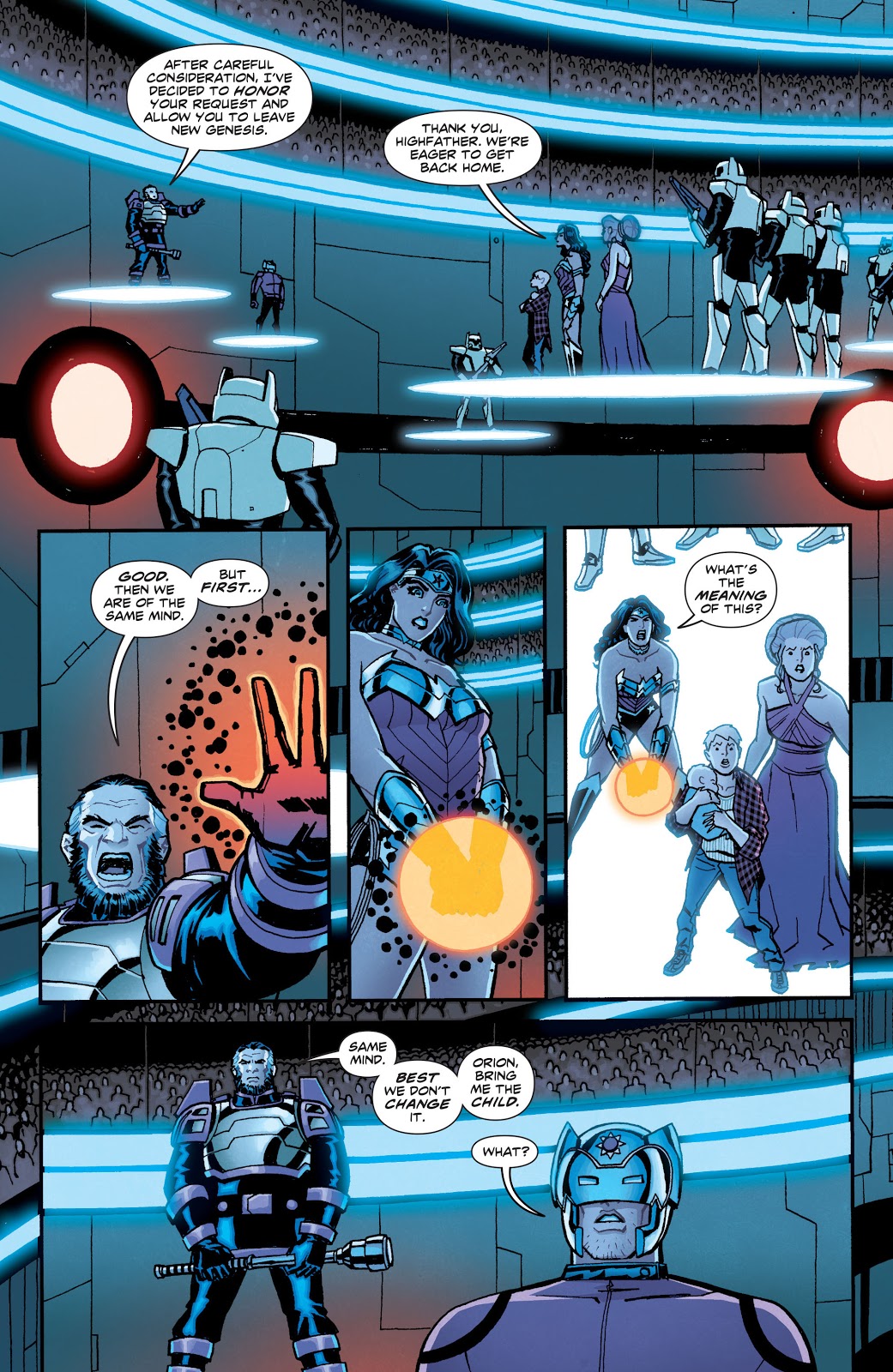 Since the beginning of this series the most enigmatic and interesting character has been War. Given his decisive and surprising actions ending Iron, the expectation might be that this volume is titled after him. That’s not the case. Nor is there much war as a noun, more individual conflicts, but both manifest during a thrilling final chapter.

During the course of Iron we saw the first born son of Zeus freed from centuries of imprisonment, learning about the 21st century, allying himself with half-sister Cassandra, and setting up a conflict with Poseidon, not a battle many would pick. He refers to himself as First Born, but is Hercules in all but name, and very well built up as a threat by Brian Azzarello, who presents a single-minded brute able to withstand almost anything. As part of that he has First Born do something never previously seen in a DC story, and as well as being imaginative, it’s an indication of just how much power there is in those two arms.

While Wonder Woman’s basic continuity isn’t affected by the ‘New 52’ reboot, that of the New Gods is, and Orion appearing in Iron was treated as a new introduction, with Wonder Woman unfamiliar with him or his world. New Genesis is delivered in all its splendour by artist Cliff Chiang, yet it’s only a stopover in this taut drama with an ending that again adds to what Wonder Woman is, perhaps surprisingly confirming what’s within her. It also make more sense of what was an otherwise puzzling and largely trivial story of Wonder Woman’s youth opening Iron.

Chiang starts by producing layouts for the very capable Goran Sudžuka, but the pages are slightly better when the art is entirely Chiang’s responsibility, perhaps down to a greater familiarity with the cast after three previous books.

This series has been consistently good, and War is no exception. Flesh follows, and both are found in the second Absolute Wonder Woman slipcased hardback. Alternatively the entire run is available in Wonder Woman by Brian Azzarello and Cliff Chiang Omnibus.