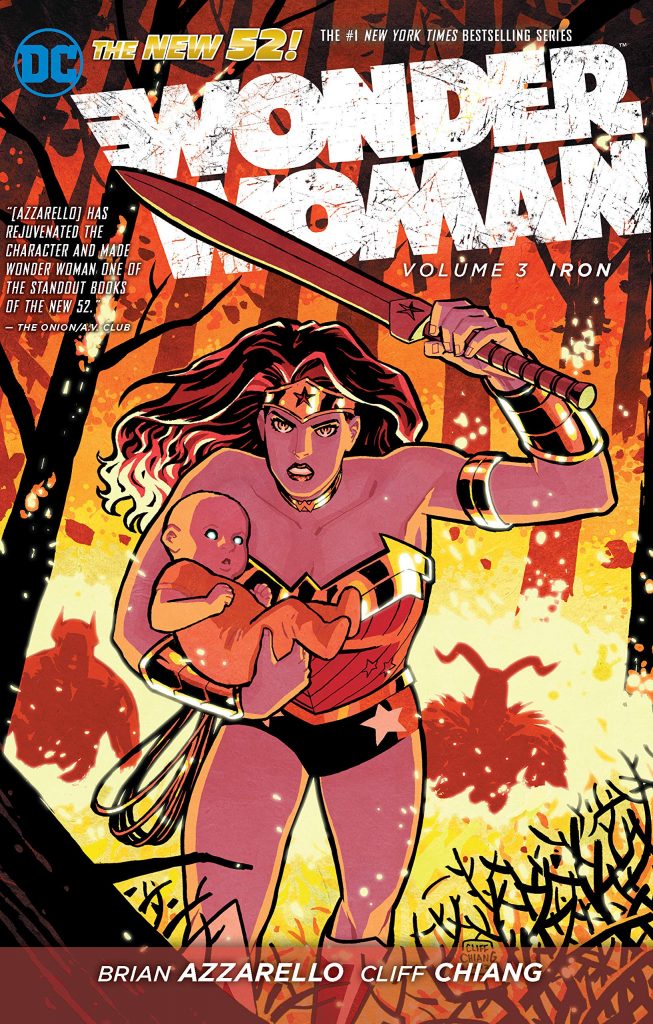 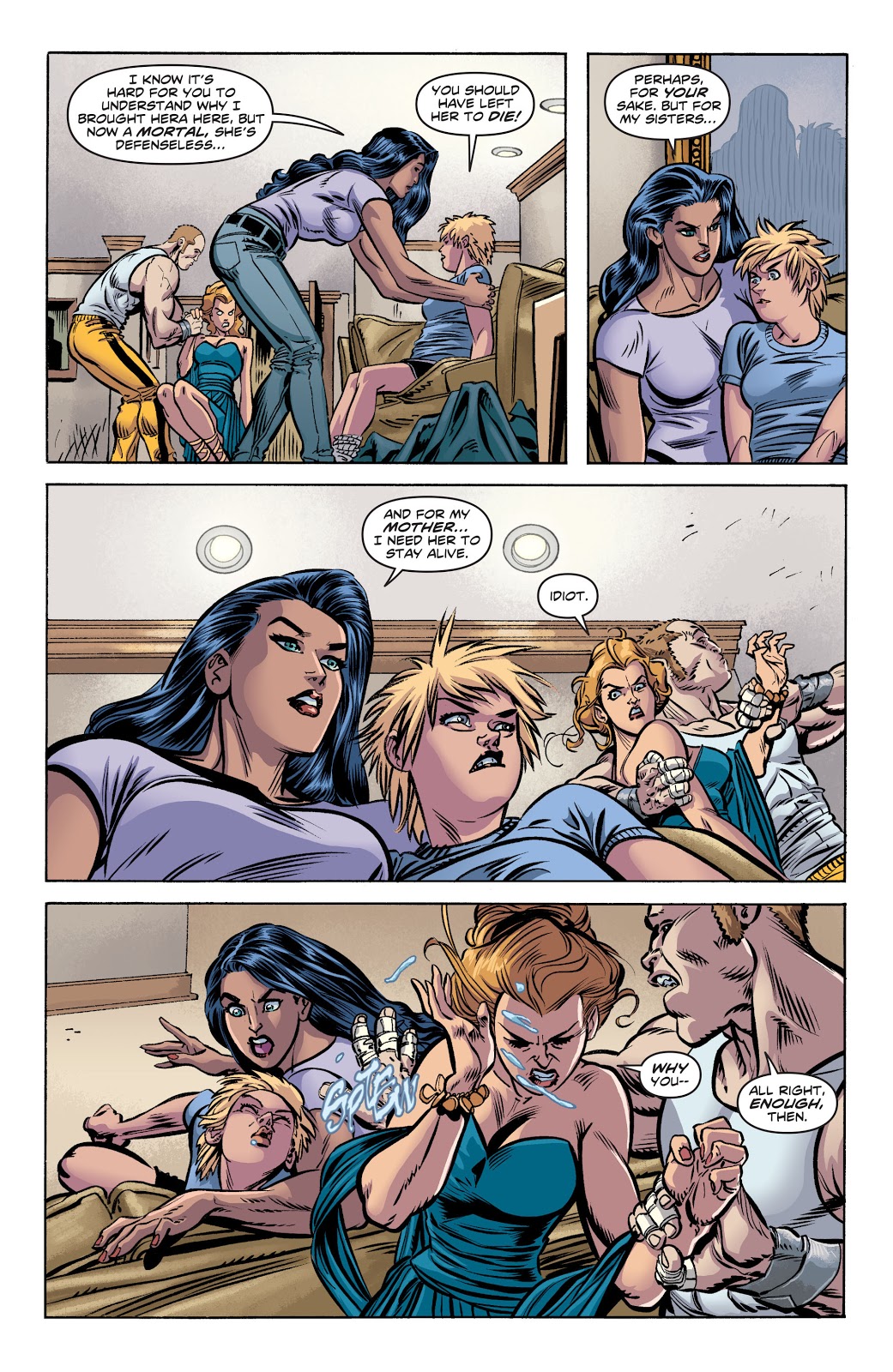 Cliff Chiang is the artist associated with Brian Azzarello’s reworking of Wonder Woman, yet a third of both previous volumes are drawn by Tony Akins, who’s received no cover credit. That’s perhaps not fair, but not uncommon. What excuse is there, though, for Akins’ name not appearing on the cover of a collection where he draws more pages than Chiang? It’s plain shoddy.

Chiang does draw the opening story, set during Wonder Woman’s youth, presented as if reprinted, and showing her combat education by Ares. It’s a strange piece, too knowing to capture the mood of old stories, with suspect motivations. In fact there’s a reason for an otherwise ordinary story because Ares, or War as he’s referred to in this series, has been seen in the present day, and this is setting up the final chapters of Iron, which play out nicely. Even greater sense is made in the following War.

When the present day returns, Azzarello’s on better form, presenting novel ideas such as the Olympian gods holding a family summit on recliners around a swimming pool. He continues to introduce more of the pantheon, and the appearance of Lennox in Blood begins to make more sense with the revelation of Zeus fathering seven children during the 20th century. We begin to meet some of them in chapters drawn by Akins (sample art), who’s good with action and decorative flourishes, but his people frequently don’t look quite right, with features laid over flat faces, and he’s prone to exaggerating expressions. Dan Green produces neater pages, although he’s working over layouts, Akins showing another strength. Chiang, though, remains the artist of choice. He may only supply three chapters, but they’re nicely composed, and again feature thoughtful new designs.

Amid the ongoing plot of a power struggle among gods, some of whom fear a prophecy more than others, Azzarello includes some nice touches. Zola confronts the now human Hera about her misguided views regarding Zeus’ infidelities, mythology is extrapolated from tattoos, and the complete wild card of Orion from the New Gods turns up. In the debit column there’s a powering up of Wonder Woman that seems unnecessary, some flash over substance, and here all too convenient. It’s rarely required again over Azzarello’s run, which adds to the feeling of convenience.

War returns for the final chapters, rapidly becoming the most compelling character in series where those are commonplace. His original design by Chiang has his extremities, to a greater or lesser degree, always dripping blood. It’s extremely unsettling, as it the lack of information as to where it originates. Real or symbolic, it intrigues as much as his motivations.

This is a slight dip from the earlier peaks, but at its best Iron is a twisted journey perpetuating a mystery.

Iron is combined with Blood and Guts as the first Absolute Edition reprinting Azzarello’s Wonder Woman. Alternatively the entire run is available in Wonder Woman by Brian Azzarello and Cliff Chiang Omnibus. 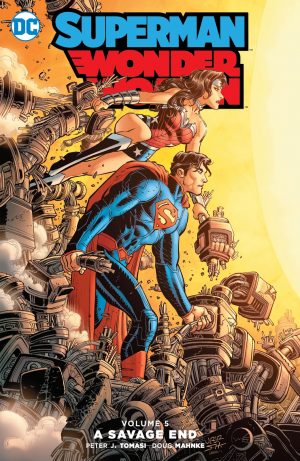