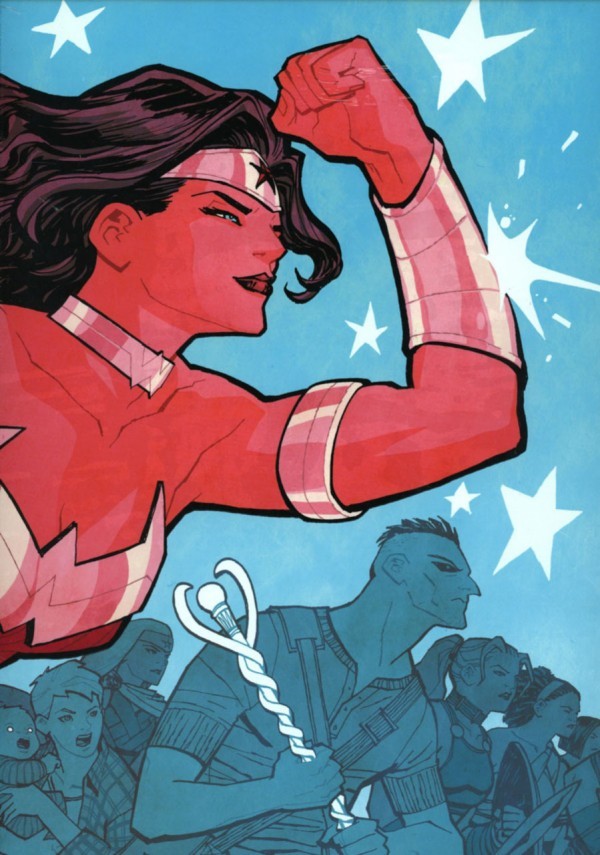 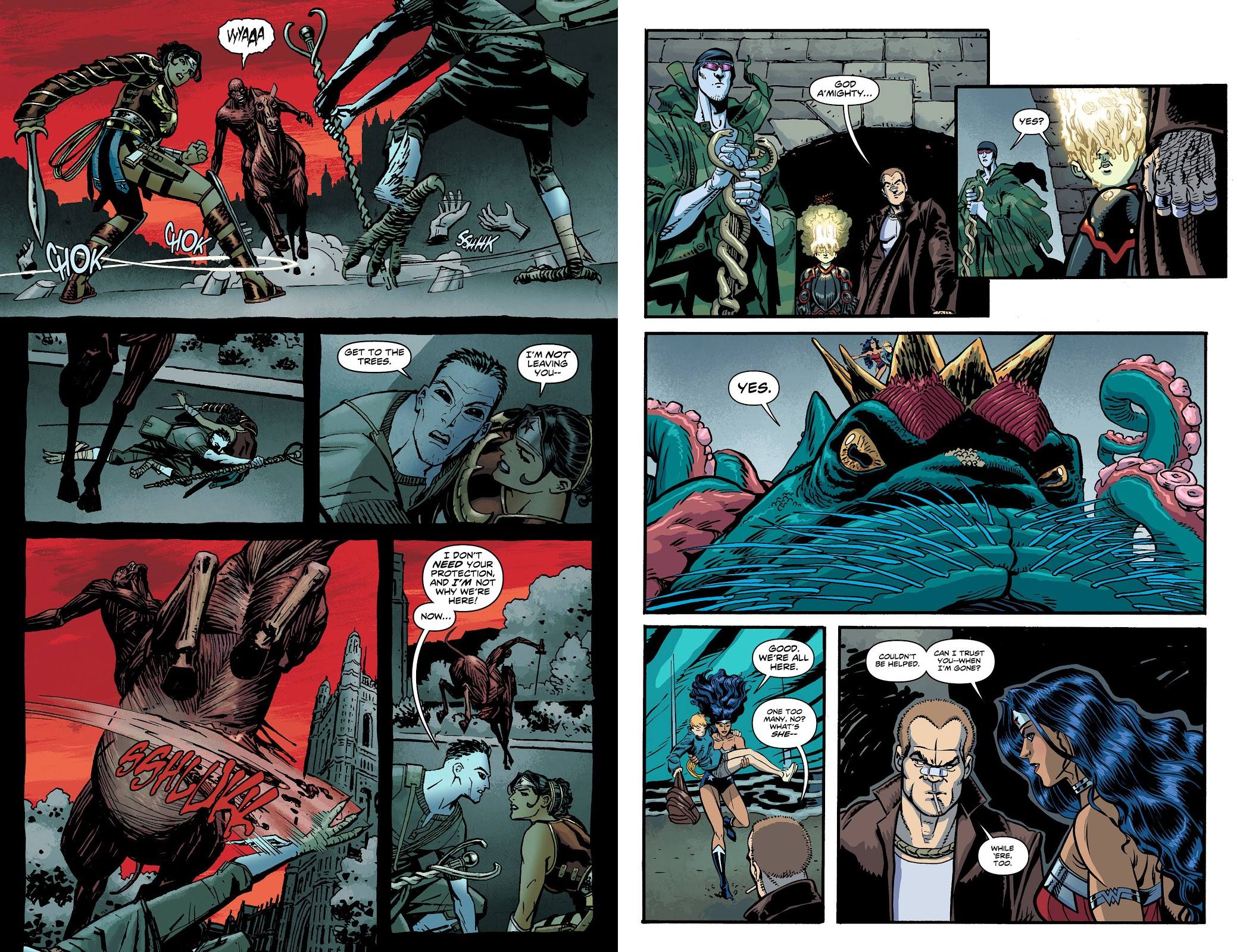 DC rebooting almost their entire line in 2011 was not well received critically, but an exception was Wonder Woman by Brian Azzarello and Cliff Chiang (with Tony Akins also drawing more than enough to earn greater credit). Unlike many other characters, Wonder Woman’s continuity wasn’t wiped for a clean slate, but the emphasis shifted from her being a superhero to her interactions with the gods who’d been part of her life from the beginning.

Azzarello’s starting point is the serial liaisons of Zeus with human women, and the consequences of that, part of which repositions Wonder Woman’s origin, providing a more logical explanation of her strength and stamina. Some readers may prefer the silly, but longstanding version of old. Having set everything in motion, Zeus slinks away beyond the ability of other gods to track him, which leaves a power vacuum as head of Olympus. In playing out the machinations and squabbles that result, Azzarello presents a dysfunctional family of the type that might be seen on the likes of Jeremy Kyle or Jerry Springer shows, but airing their feuds on a grand scale with humanity as collateral damage.

Chiang’s exceptional design work, of which many additional pages are provided in this oversized and slipcased collection, removes the gods from humanity. He applies individual character designs, not a uniform tone, and conceives remarkable beings, all of which may resemble humans, but still stand apart. Ares, for instance, here rechristened War, always appears in bloodstained clothing, yet also as a weary elderly man. Chiang’s series art is remarkable. There’s very little flash to it, and in places primary replacement artist Akins can look more decorative, but Chiang supplies the greater solidity. There’s no looking at one of his pages and noticing the human proportions are wrong, or a face looks odd.

At the core of events is Zola, the young woman now carrying Zeus’ child. Other offspring are revealed, including one with a personality too close to John Constantine for comfort, and because there’s a prophecy presumed to concern the child, their life is in danger. Wonder Woman has her own reasons to be angry with some gods, and sees her primary task as protecting Zola and her child from those who’d use them for their own ends, or be just as happy to see them both dead. Although it can be broken down into chapters, it’s really one continued epic, which continues in Absolute Wonder Woman Vol. 2. Alternatively, paperbacks titled Blood, Guts and Iron present this content in cheaper form, or there’s an Omnibus with all 36 chapters.

While thrilling, Azzarello’s version of Wonder Woman discards traditional elements for a stronger story, and anyone attached to Wonder Woman’s continuity could feel this tampering unwarranted. If that’s no bother, this is a more imaginative reworking of ideas seen in Wonder Woman before, yet because nearly every character has their own motivation, it’s never predictable and is constantly twisting. 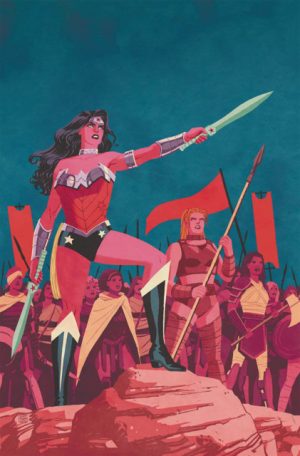