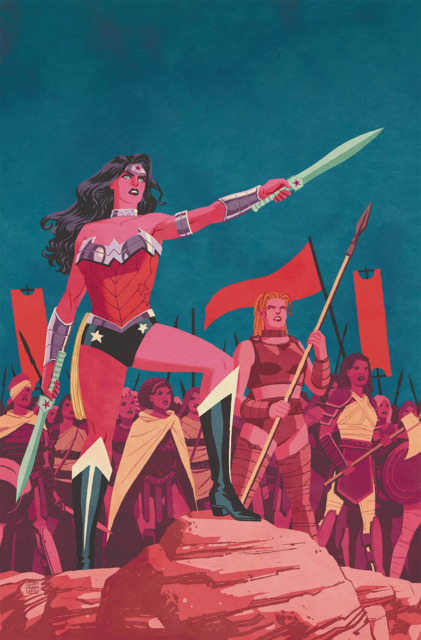 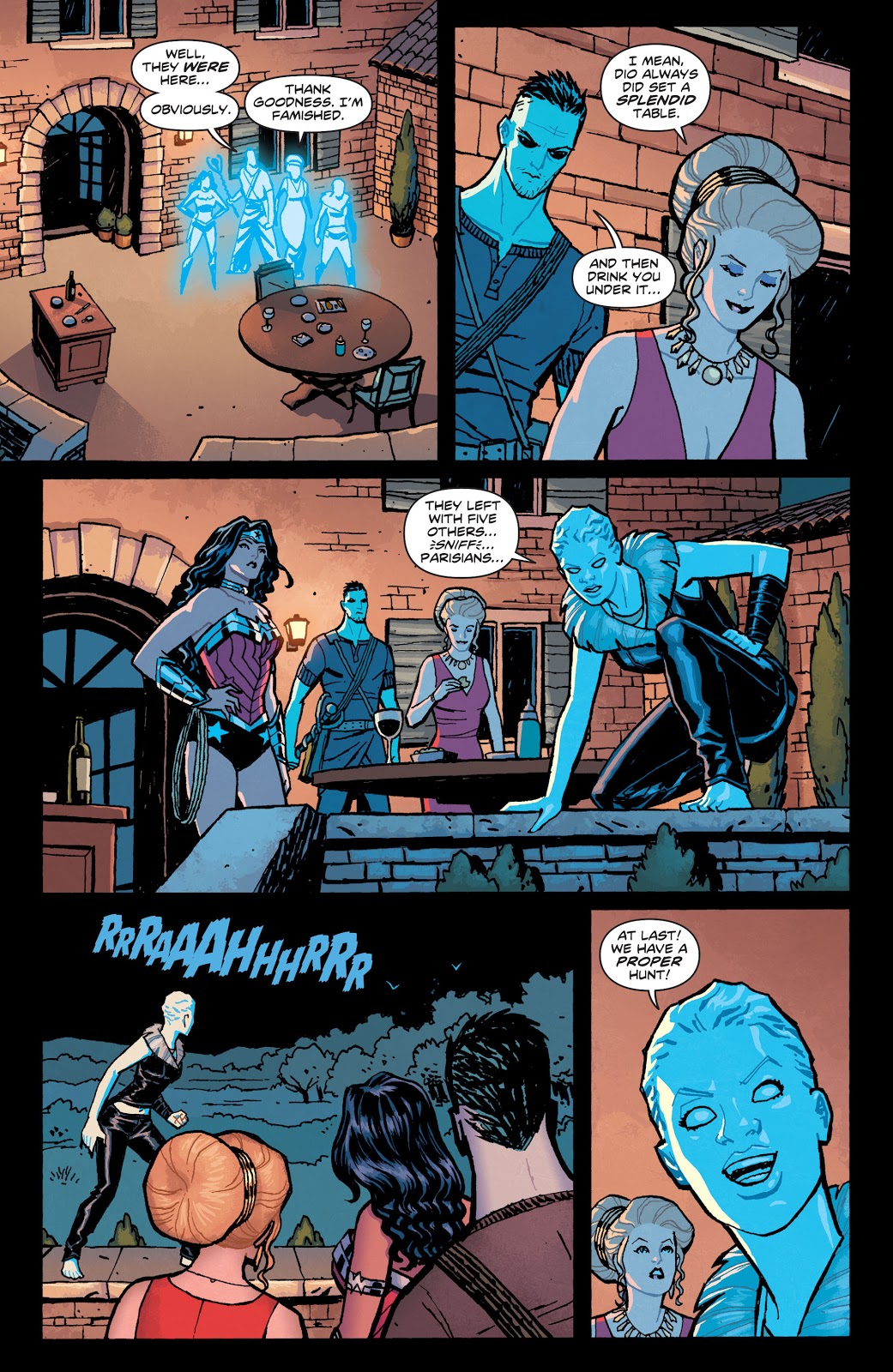 This second oversized hardback within a slipcase completes Brian Azzarello’s run on Wonder Woman, with Cliff Chiang sharing the art with Goran Sudžuka, a percentage of roughly two-thirds to one, but with some crossover. Chiang lays out some chapters for Sudžuka, and occasionally the reverse is true, that combination providing the sample art. Whatever the permutation, the results are similar. Dynamism is a secondary consideration to telling the story efficiently and effectively, and given the visual strengths of the characters designed by Chiang (and Tony Akins) that’s not much of a compromise. The short of it is that when paying for an oversized book it’s important that the art looks good, and page for page this is better than Volume One.

More so than the previous volume also, it’s apparent that Azzarello’s story is a long form novel, and if that means for the sake of the story Wonder Woman is sidelined for periods, it’s the overall picture that’s prioritised. That concerns the machinations of various gods to replace Zeus at the head of Olympus, somewhat the poisoned chalice given a prophecy all have taken into account, but which some interpret differently from others. Two key events fell into place by the end of the previous book: Apollo had ascended to the throne, and the departure of Zeus had freed his first born son, imprisoned for thousands of years. He’s a raging brute able to go head to head with anyone so far introduced, and will come to play a major part in this second half of the story.

With the table set, the direct route would be one mighty stramash, but the gods have survived for millennia, all aware of their strengths and deficiencies, so the use of others, primarily Wonder Woman, is their preferred method of weakening an opponent. It leads to a succession of encounters as Diana’s primary concern is protecting Zola and her just born child, sired by Zeus.

Given that the bigger picture is the priority, there has to be some trust on the part of the reader that scenes that might seem transitory or hardly worth the pages will pay off later. They almost always do. The one exception is Orion’s part, which largely comes to nothing, his presence justified by the slimmest of purposes last time out, so seemingly someone Azzarello just felt like playing with. He manages a couple of interventions, but those could more effectively have been by others. Generally, though, Azzarello doesn’t oversell his surprises, and has faith in the readers picking up how they’ve occurred.

Although not always centre stage, Wonder Woman remains the central character, and Azzarello leaves her changed in a couple of ways by the time his story finishes. He rectifies a change made last time, but leaves several aspects of his Wonder Woman in place for subsequent creators to use or ignore as they will.

More so than Marvel, DC are relatively selective as to what from their back catalogue is reissued in premium format, which alone is an indication of top end quality, but Azzarello’s Wonder Woman is an ambitious and thrilling stint worth the price. Alternatively, buy the entire series as an Omnibus, or as slimmer paperbacks War, Flesh and Bones.