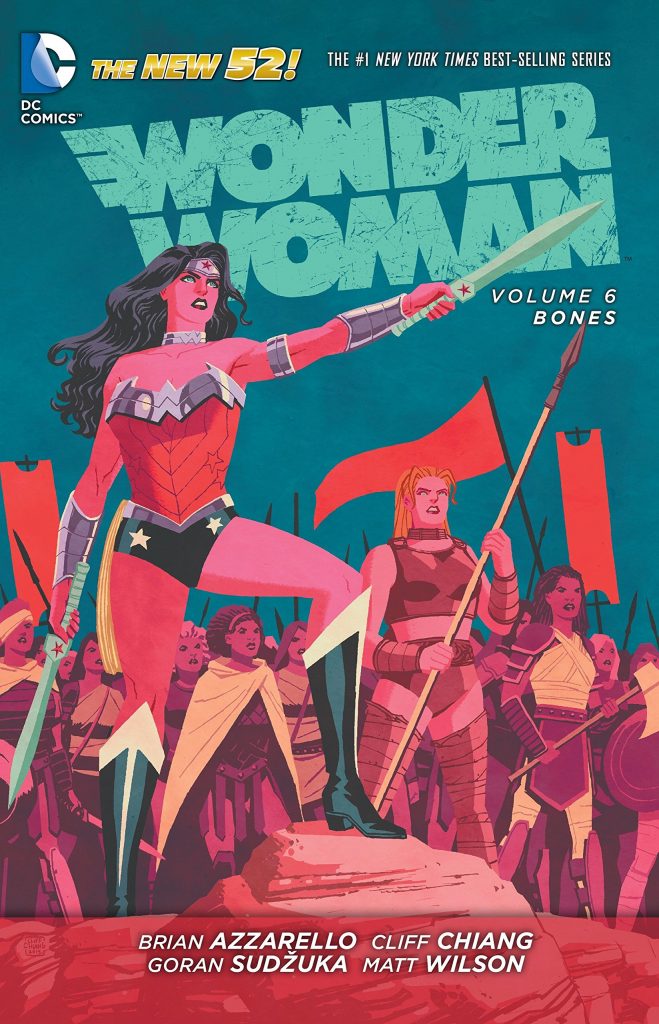 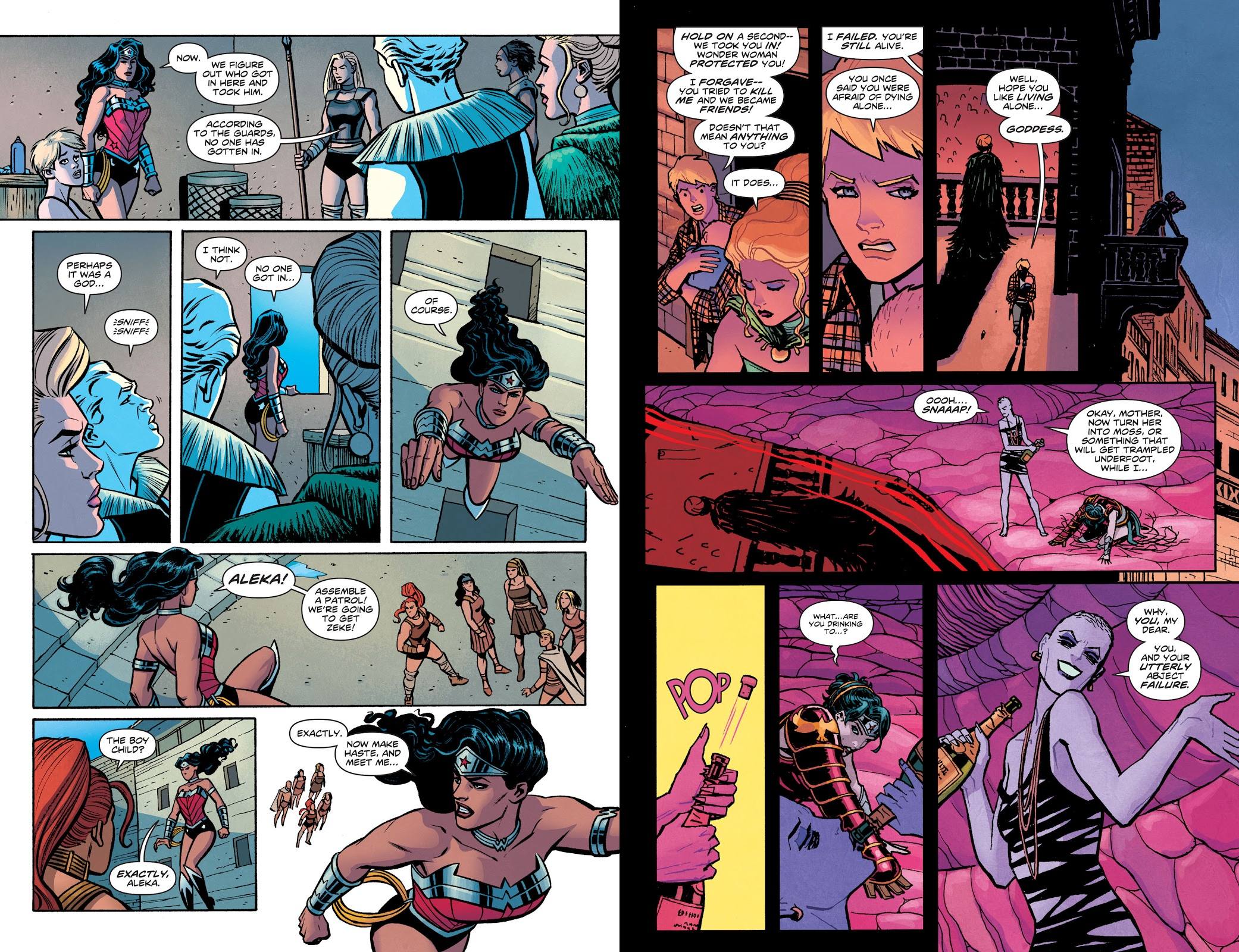 Over five previous volumes under Brian Azzarello, Wonder Woman has occasionally seemed like a member of an ensemble cast playing out the bigger plot of squabbles between the gods. He’s made changes to her trappings, one of which was reversed in Flesh, but she’s remained essentially the Wonder Woman known and loved, yet in Bones a fundamental change is introduced, one redefining the Amazons. It’s a brave move, and one Azzarello leaves dangling for following writers as Bones is his final statement, and Wonder Woman is placed at the centre.

Way back in Blood Zeus disappeared, leaving the entitled among his brothers and offspring jockeying to replace him. They’ve all been characterised as deceitful and manipulative with their own agenda, and some have already fallen. Now we discover what’s happened to Zeus and a previously unforeseen agenda. As with so much over the series, though, not everything goes to plan, and a nice writing trick is that the seeming winner actually loses.

There’s greater artistic consistency here than in any previous volume via Goran Sudžuka (sample left) and Cliff Chiang having relatively similar artistic approaches, although both have modified their natural styles somewhat to create that synthesis. There’s not a great deal of flash to either artist, but the substance is solid. No clay here.

If there’s a problem with Bones it’s that unlike most of the rest of the series, it requires some understanding of Greek mythology and not only who someone is, but what they represent. Without that knowledge it’s one head scratcher of an ending, of the deus-ex-machina type, Azzarello also homaging classic Greek literature. Other quibbles can be highlighted, but in the face of a thrilling conclusion where the outcome remains in doubt until the end, and several metaphorical rugs pulled from beneath feet, all complaints are minor. Azzarello’s most acclaimed series had been long form novels broken down into chapters, and his run on Wonder Woman is just that, everything feeding into the bigger picture very satisfyingly.