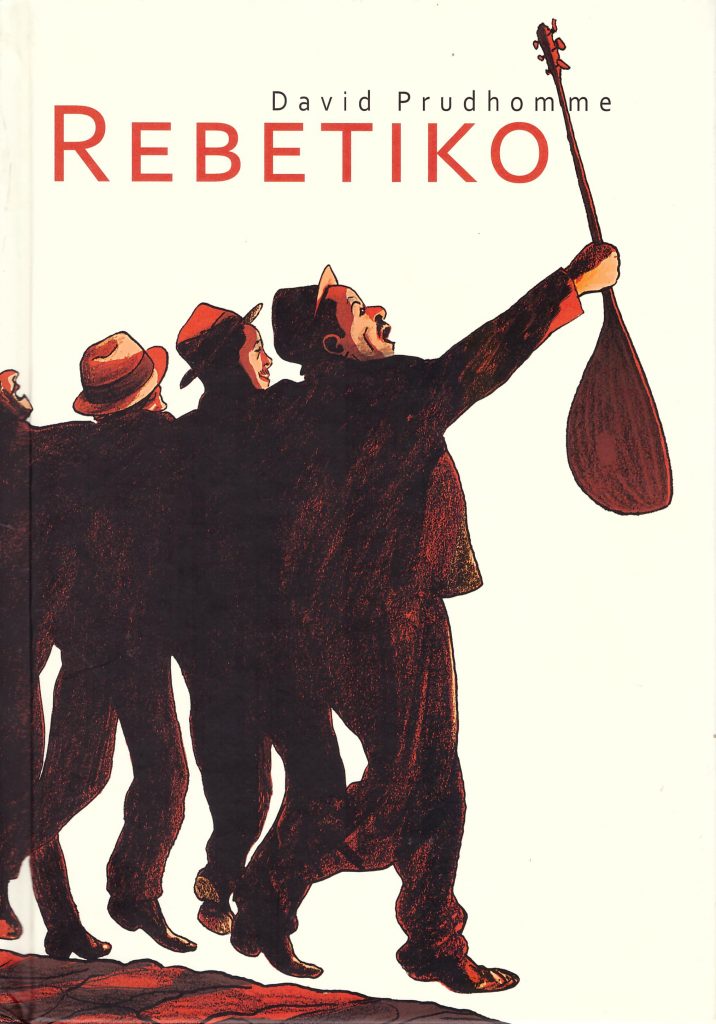 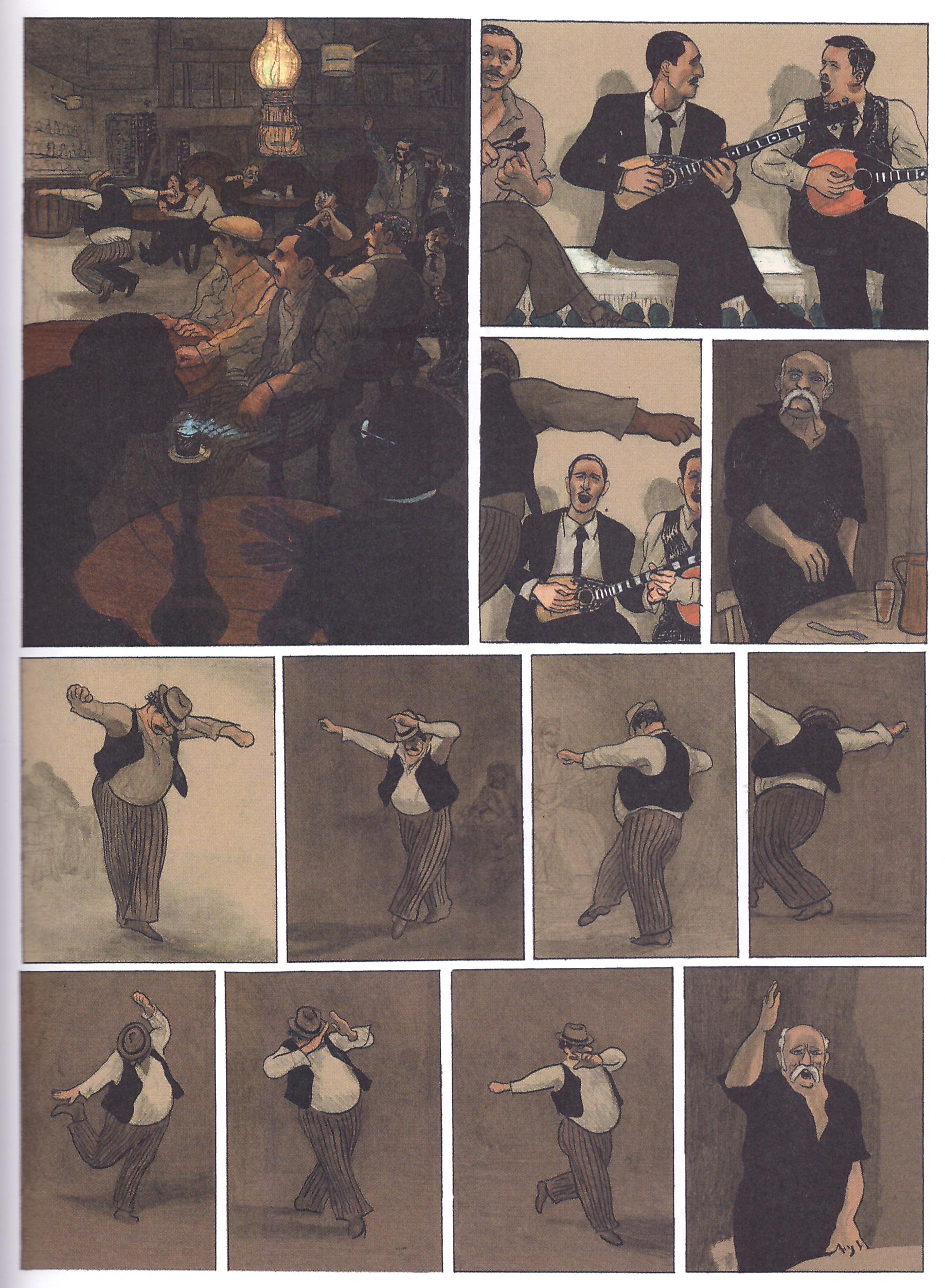 Rebetiko is a form of Greek music prevalent from the late 19th century that could be seen as a distant cousin of American blues. Largely, although not exclusively, played on the bazouki, the lyrics catalogue social woes and extol the virtues of hash as a solution. When Greece became a military dictatorship in 1936, rebetiko players were viewed as rabble rousers, whose views were to be extinguished, and among other indignities, all performers’ lyrics had to be submitted to an approval board for censorship and modification.

Those are the circumstances in which David Prudhomme spotlights a group of musicians and their friends in Athens over a 24 hour period, basing them loosely on the real Rebetes of the time. One of them has been released from jail that morning, another has killed someone, indicative of the lives they lead even before being specifically targeted as undesirables. They sit around and smoke during the day, and at night flit between venues where they’ll be paid for playing. They’re a provocative bunch, living violent hand to mouth lives, a product of their society every bit as much as the music they play, in fact living the lyrics they sing.

Prudhomme’s meandering style is perhaps a deliberate reflection of the culture he’s detailing. It’s sometimes difficult to make out the cast and their differences, and this too could be a reflection of the prevailing music scene, where one musician can substitute for another and there’s a blurring between having a good time and criminal behaviour. Even in the daylight scenes there’s a darkness of the soul that Prudhomme brings out.

For all the obvious love and respect poured into Rebetiko, it’s not entirely successful. A discursive plot requires bolstering by strong characters, and for all their stoned philosophising we never really know any of the cast, or why they do anything other than play music. It’s a frustration, as Prudhomme’s creates a first rate atmosphere in a succession of dingy locations, and he also manages at times to convey the power of music and its inspirational qualities in a medium without sound or movement. At one point the musicians are confronted with the future, in the form of an American record producer, whose overtures are rejected, and a recording is compared to disembowelling a goat, on the basis that once everything’s out, it can never be packed back in again. It’s an interesting analogy, indicative of the reverence the cast have for their craft. An excellent melancholic conclusion considers how all music is eventually co-opted and diluted to maximise commercial appeal, and what was once dangerous and inflammatory is subsequently the soundtrack for cocktail lounges and advertising.