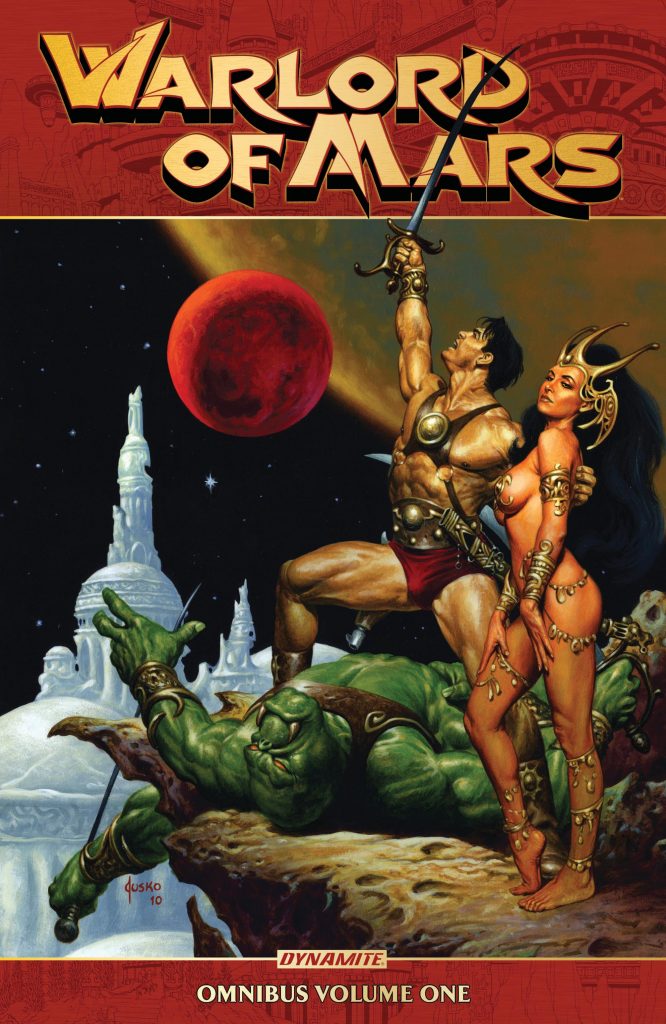 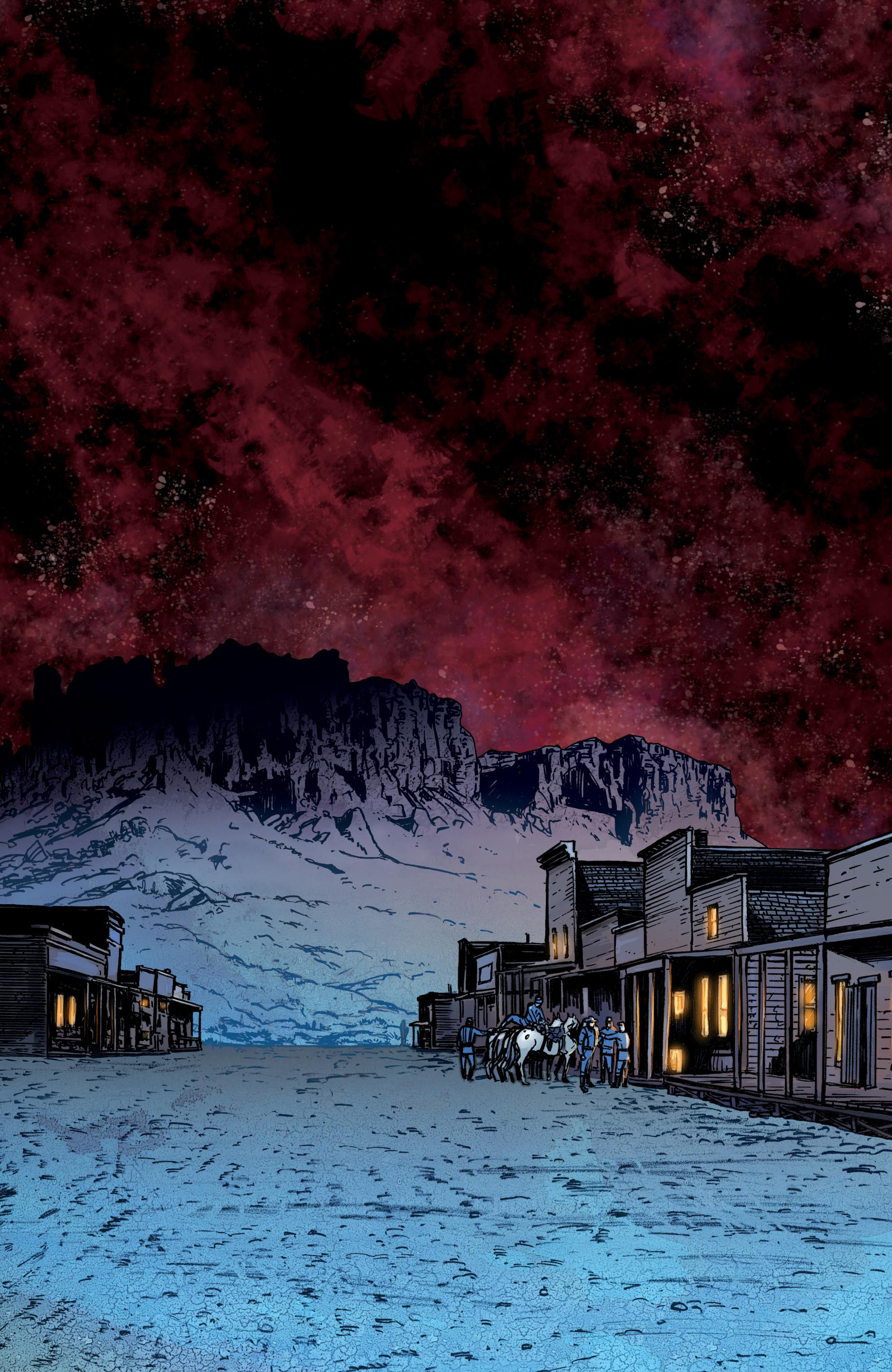 This almost five hundred page collection combines volume one and volume two of Dynamite’s well presented Warlord of Mars series, adapting the first two John Carter stories by a pre-Tarzan Edgar Rice Burroughs. These were first published in 1912 and 1913, and several elements discussed later reveal them of their era, but they’re also fast-moving and spirited adventure retaining the capacity to thrill over a century since their début. Adapter Arvid Nelson prefaces each story with chapters of original material, and these slot well into the general atmosphere.

Perhaps a reason for buying this omnibus version rather than the two original trade paperbacks is that it features a Warlord of Mars story originally prepared for an annual, and not available in the books. John Carter’s friend and ally Tars Tarkas is the focus, on a mission to track those responsible for attacking the hatcheries of his people. It’s drawn by Stephen Sadowski (sample page) using a simpler style than that he applies to the prologue stories, although this too is a prologue, relating Tarkas’ experiences immediately before meeting Carter for the first time. Nelson’s plot is more complex than it first seems, but not enough to merit purchase of an Omnibus if you already have the earlier books. The other bonus material is found in the paperbacks.

Princess of Mars and Gods of Mars are both relatively faithfully adapted, Nelson avoiding some elements that would now strain credulity, but the objectification of women is ingrained. Everyone on Mars, or Barsoom as the inhabitants call it, is scantily dressed, and Carter being a prime physical specimen has every attractive humanoid woman throwing themselves at him, although this is toned down a little with his eventual wife Dejah Thoris. She’s a little more simpering than in Dynamite’s 21st century stories about her, and the cliché of the woman constantly needing to be protected and rescued. As noted, very much of the early 20th century rather than the 21st. To focus on that too much, however, is a disservice to the well plotted adventures. It comes through that Burroughs wrote episodic fiction, and seeing yet another last minute escape doesn’t work as well when its combined with several others, but he did have a prodigious imagination, and a lot of the twists still surprise.

The three primary artists all have their strengths and weaknesses. Lui Antonio adapts the first novel, and delivers a musclebound John Carter completely contrasting Edgar Salazar’s later portrayal. Both love their decorative scenery, architecture and technology, with Antonio going the extra mile, but prone to cutting and pasting having done so. Salazar’s flying craft are noteworthy. Sadowski (sample art) is restricted to the original material, and is also good in a standard adventure style.

A minor quibble concerns the placement of the annual, which might have been better situated following the conclusion of the first adaptation rather than the second with its cliffhanger ending. That’s continued either in Warlord of Mars Omnibus volume two, or in volume three of the regular paperbacks.