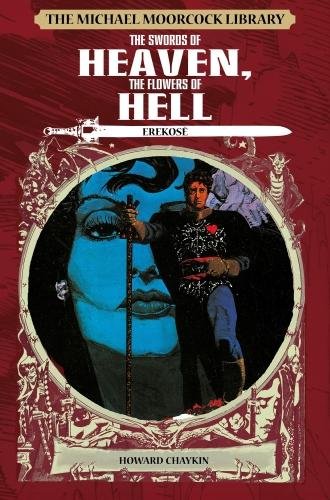 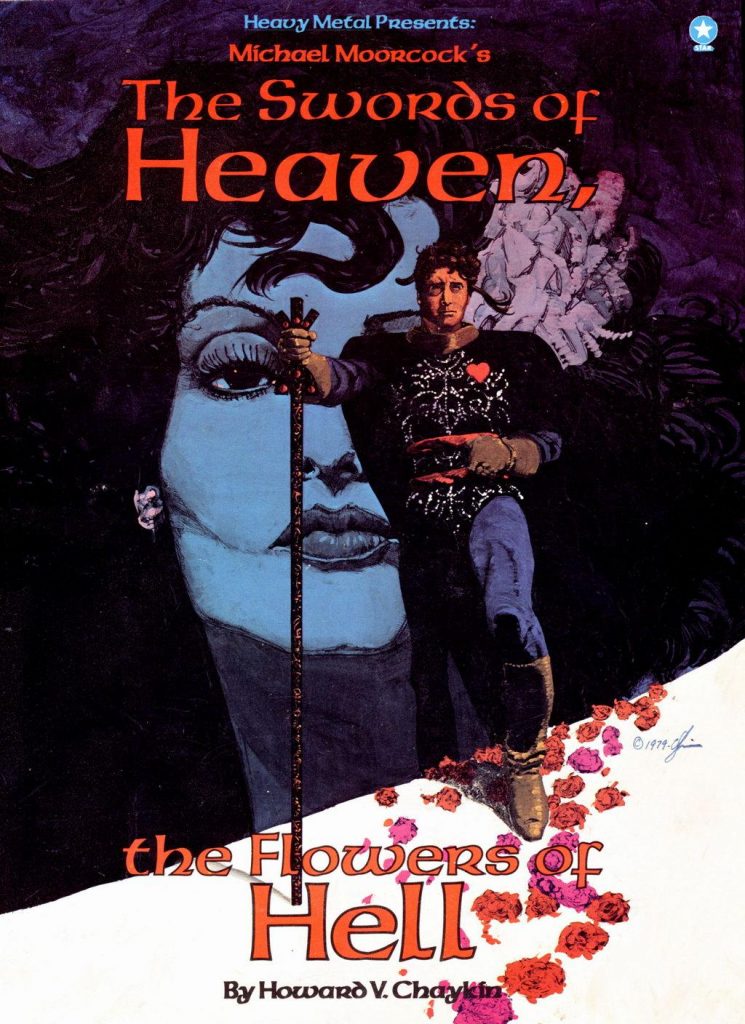 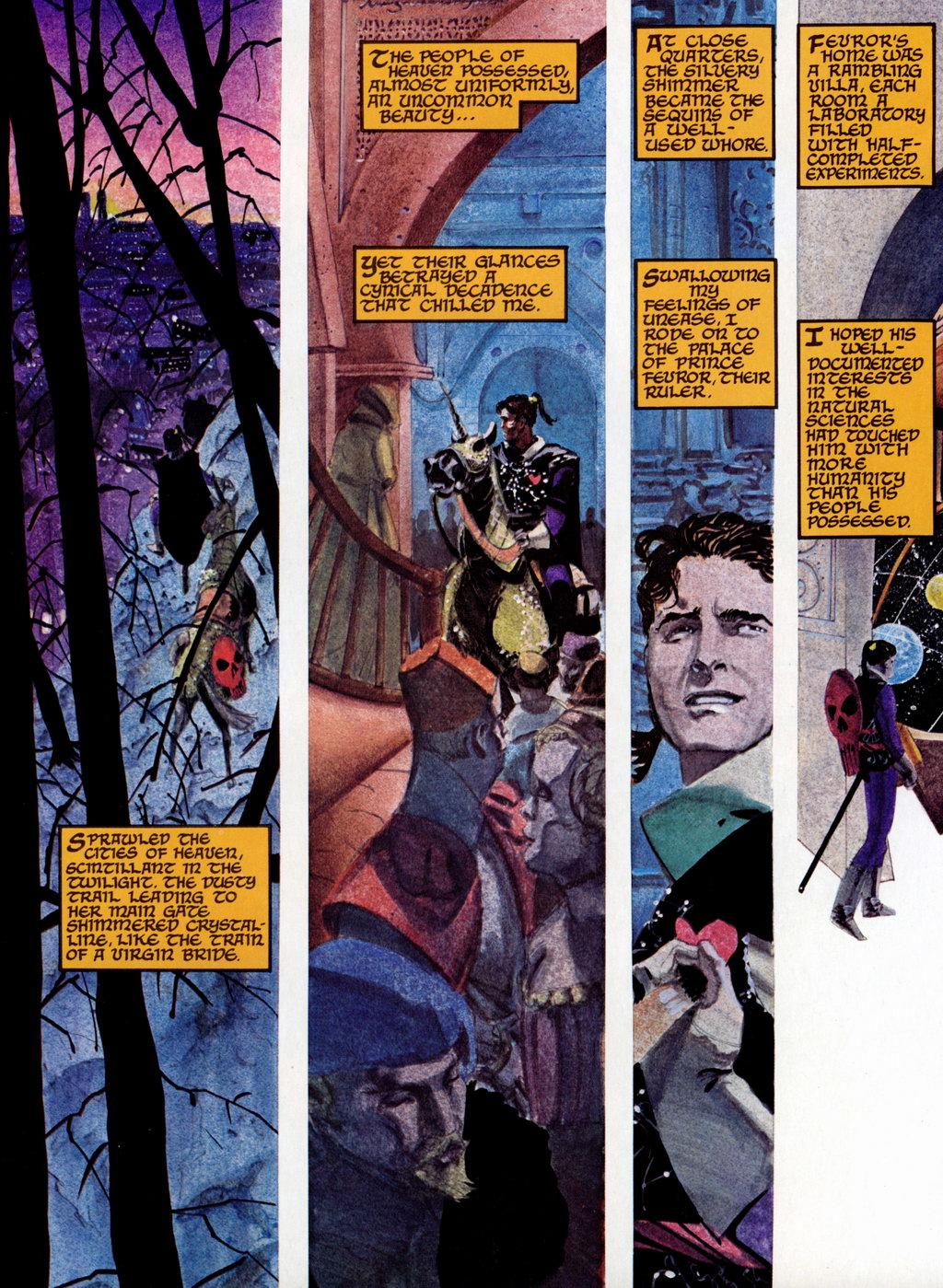 Following rapidly on the heels of Heavy Metal’s Alien adaptation in 1979, The Swords of Heaven, the Flowers of Hell numbers among the earliest graphic novels, produced in an era where they were exceedingly rare, yet on the threshold of flourishing in the USA. The boat was pushed out. Michael Moorcock had resisted calls to continue his Eternal Champion novels, but saw the graphic format as a method of doing so without repetition or lapsing into self-parody. His writing career had begun by producing scripts for British boys’ comics, yet his introduction notes his admiration for Howard Chaykin was such that he preferred to produce a detailed plot synopsis and leave it to Chaykin to break the story down as he saw fit.

It was faith well rewarded. An aspect of Chaykin that Moorcock admired was his channelling of classic illustration, and it’s brought strongly to bear. Instead of the traditional panel and word balloon structure, much of The Swords of Heaven, the Flowers of Hell is illustrations and narrative captions, giving an almost forty year old story a very contemporary feel. This incarnation of the Eternal Champion is Clen, and the world on which he finds himself a harsh one beset by corrosive acid rain. He’s reborn to allies and a desperate allegorical battle between Heaven and Hell.

Much of your reaction to this will depend on your knowledge of Moorcock’s other work. Divorced from it, a number of establishing captions make little sense in alluding to vast topics while offering little explanation. No matter how confused Clen may initially be, it’s difficult to warm to anyone casually admitting the murder of humanity. Moorcock is an author taken terribly seriously by his fans, who attribute great meaning to his writing, yet while not descending into the self-parody he feared, this reads as a satire of the expectations and demands settled on his shoulders, and the bizarre ending cements that opinion. Angels, revealed to be more than they originally seemed, are enlisted to save a planet in an extraordinary fashion, following some standard fantasy action. Characters are introduced with little purpose, although all visually stimulating, and The Swords of Heaven is also very much of its time, with a repeatedly poor attitude to women.

What we’re left with the is the glorious art. With a long and hardly undistinguished career in comics, it still ranks as a highlight, beautifully composed, drawing on the influences that Moorcock admired so much, and thoughtful throughout. It’s also playful, with Chaykin casting Burt Lancaster, Sophia Loren and, on the final page, Glenn Close, and doubtless others not as famous, yet by doing so not only offering homage, but ensuring visual consistency (although this sometimes slips in Clen’s case).

As this had been long out of print by 2018, Titan’s reissue was very welcome, enabling a new generation to appreciate the work Chaykin put in.