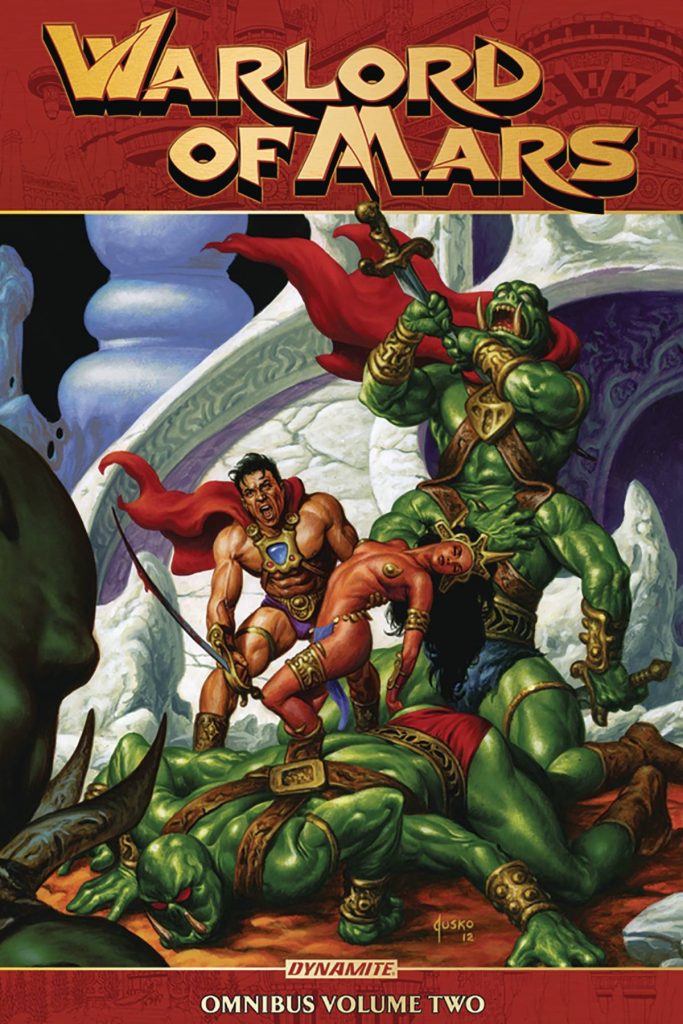 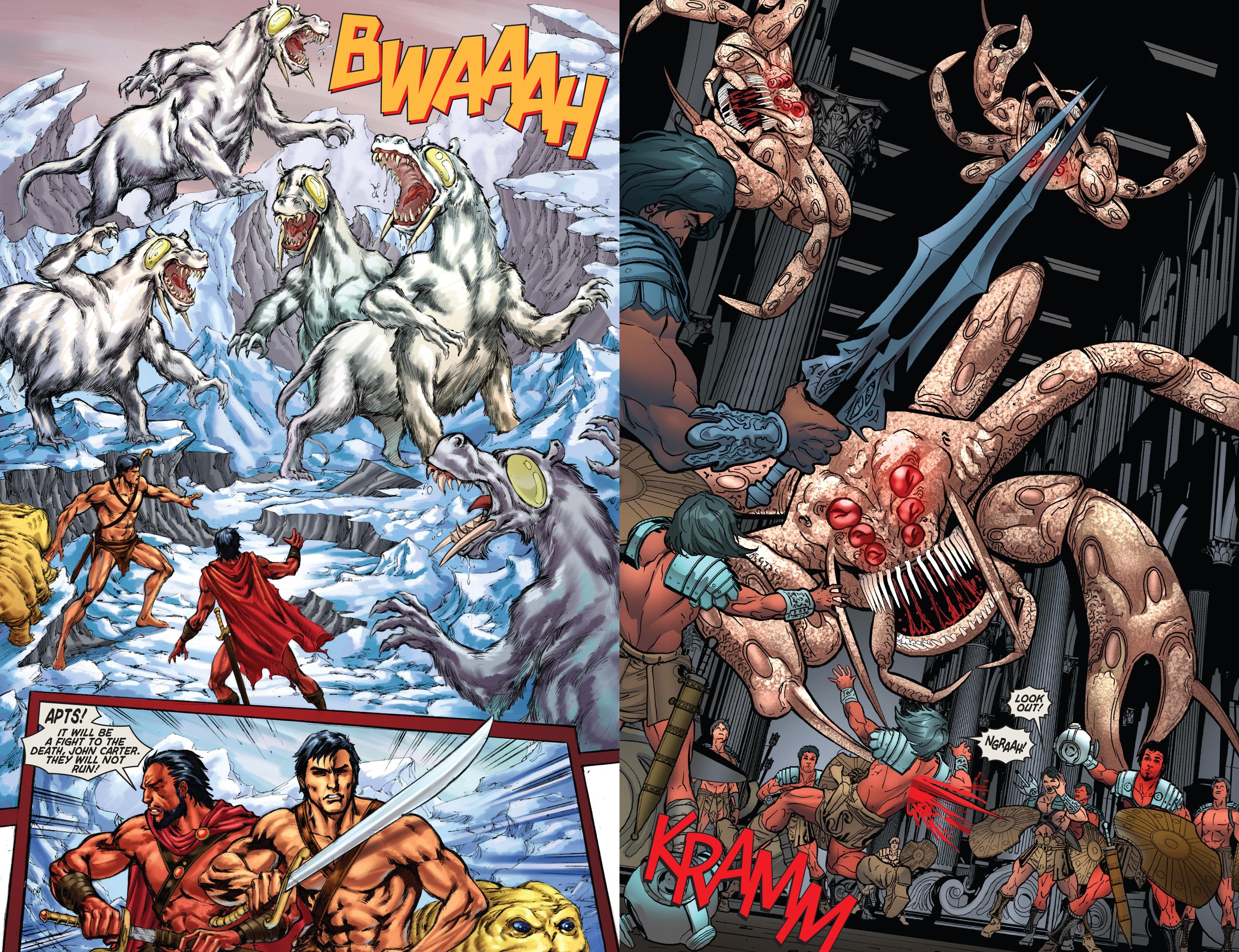 He doesn’t get much credit in online listings, but with his Mars novels Edgar Rice Burroughs was a large stepping stone from Victorian science fiction into the modern fantasy tradition from which sword and sorcery material developed. As such he possibly deserves greater acknowledgement as a pioneer. On the other hand, the story devices he used were fresh and novel in 1912, but have been recycled over the years into cliché. Burroughs was also very much a man of his era, and the attitudes toward women in the original novel leave much to be desired as patronisingly respectful sleazy objectification. All of which means that although Burroughs’ work remains widely read, it’s possible to take the worlds and population he created and generate better stories from them. That’s what Arvid Nelson does.

Only one Burroughs Mars novel is adapted here, Gods of Mars, his third, and although Nelson tinkers a little to spruce it up a little, it’s still very apparent that it was written as one long chase sequence, only revealing its more inventive qualities near the end. It continues from the cliffhanger ending to the first Omnibus, with John Carter successful in victory only to see his wife abducted along with two other women. They’re trapped in a prison only accessible once per year, in a remote area of Mars.

Nelson follows this with two of his own tales, continuity inserts occurring after Gods of Mars, both honing in on the tensions between the various Martian races. They could be seen as commentary on intolerance between people in our own societies, but that’s not a point rammed home. In effect ruler of Mars by the point the story begins, Carter attempts to unite the assorted races via a discussion forum to which they all submit ambassadors, but rapidly discovers treachery afoot. The following tale concerns the return of an ancient ruler with all the problems associated with not being able to see how times change.

Artistically, this is very much a mixed bag, with numerous artists taking on individual chapters of the later material, while Leonardo Oliveira (sample art left) illustrates most of the adaptation. He has a loose, sketchy style, but isn’t as imaginative as many of the other artists who’ve worked on the series, and some his figures aren’t well proportioned. The best of the remainder is Wagner Reis (sample art right), the only other artist to illustrate more than two consecutive chapters. His are ornate pages, dynamically designed and packed with detail, and he’s the only artist here whose work matches the art found in the first omnibus. Also good is Stefano Martino, who draws Nelson’s opening two chapter story tying up some loose ends from the previous book.

It’s a pity so much of the art lacks enthusiasm, as the stories here improve on much of the first volume, and should appeal to fantasy fans. Alternatively they’re available as Warlord of Mars volume three and volume four.