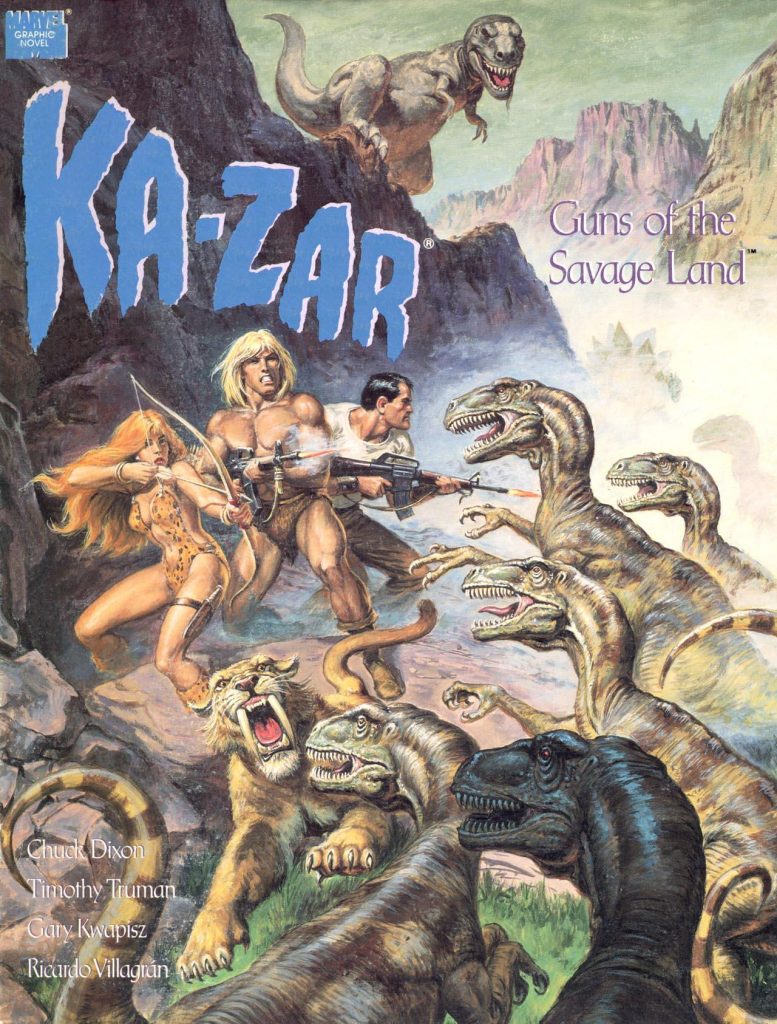 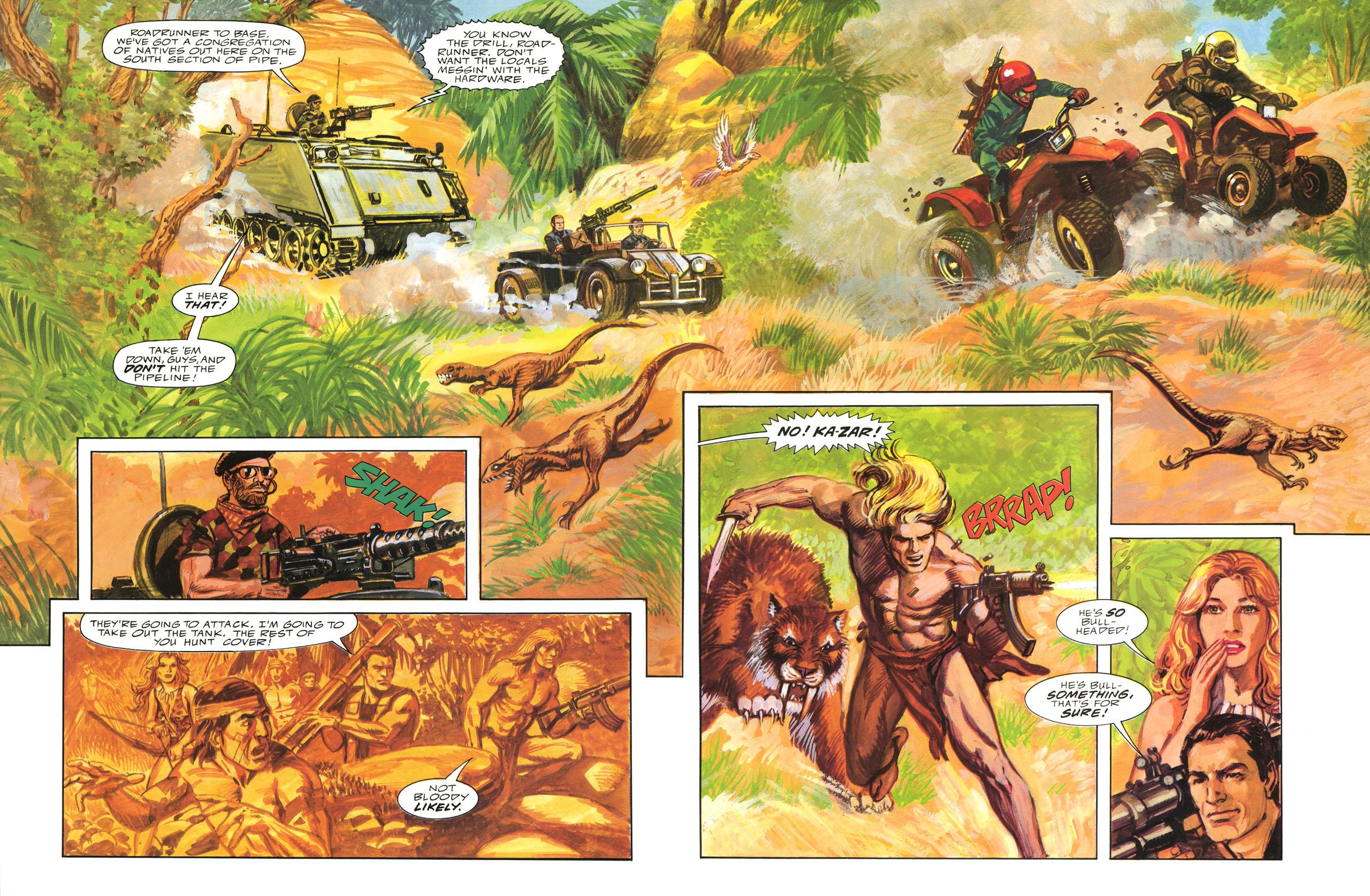 Ka-Zar is Marvel’s version of Tarzan, but with a twist. His home territory is the Savage Land, a vast jungle area located beneath Antarctica, populated by numerous primitive tribes, and where dinosaurs still live. As concepts go, it promises action and great visuals, but Ka-Zar’s history hadn’t exactly fulfilled on that potential. Guns of the Savage Land, however, while no masterpiece, definitely has its moments.

Wyatt Wingfoot, former buddy of the Fantastic Four and She-Hulk, is called in when a radiation-saturated man speaking a language no-one understands turns up in the Nevada desert. Research reveals a Hopi myth of a tunnel beneath the Earth to another land, which he believes to be the Savage Land. Who better to guide him through it than Ka-Zar and his wife Shanna?

The element that doesn’t ring true is Ka-Zar suffering from a form of mental illness, and the odd aspect is that the plot would work without this detour. The proposition is that the tribes of the Savage Land rejecting his rule has caused Ka-Zar to regress from the urbane lord of the land he was to savagery himself. An initial manifestation is all too easily reversed, and the subsequent reversal is eventually portrayed as reintegrating his character, which is dubious. The use of rape as a story device is also unsettling and unnecessary.

A long time is spent on the set-up, and the reservations apart, this does the job of prompting interest, but the finale comes across as rushed and all too convenient when the earlier pages promised more. Still, despite all that, as noted, Ka-Zar’s not been very well served over the years, and this is a largely enjoyable widescreen action-thriller.