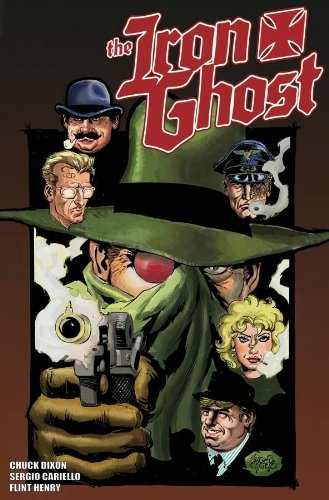 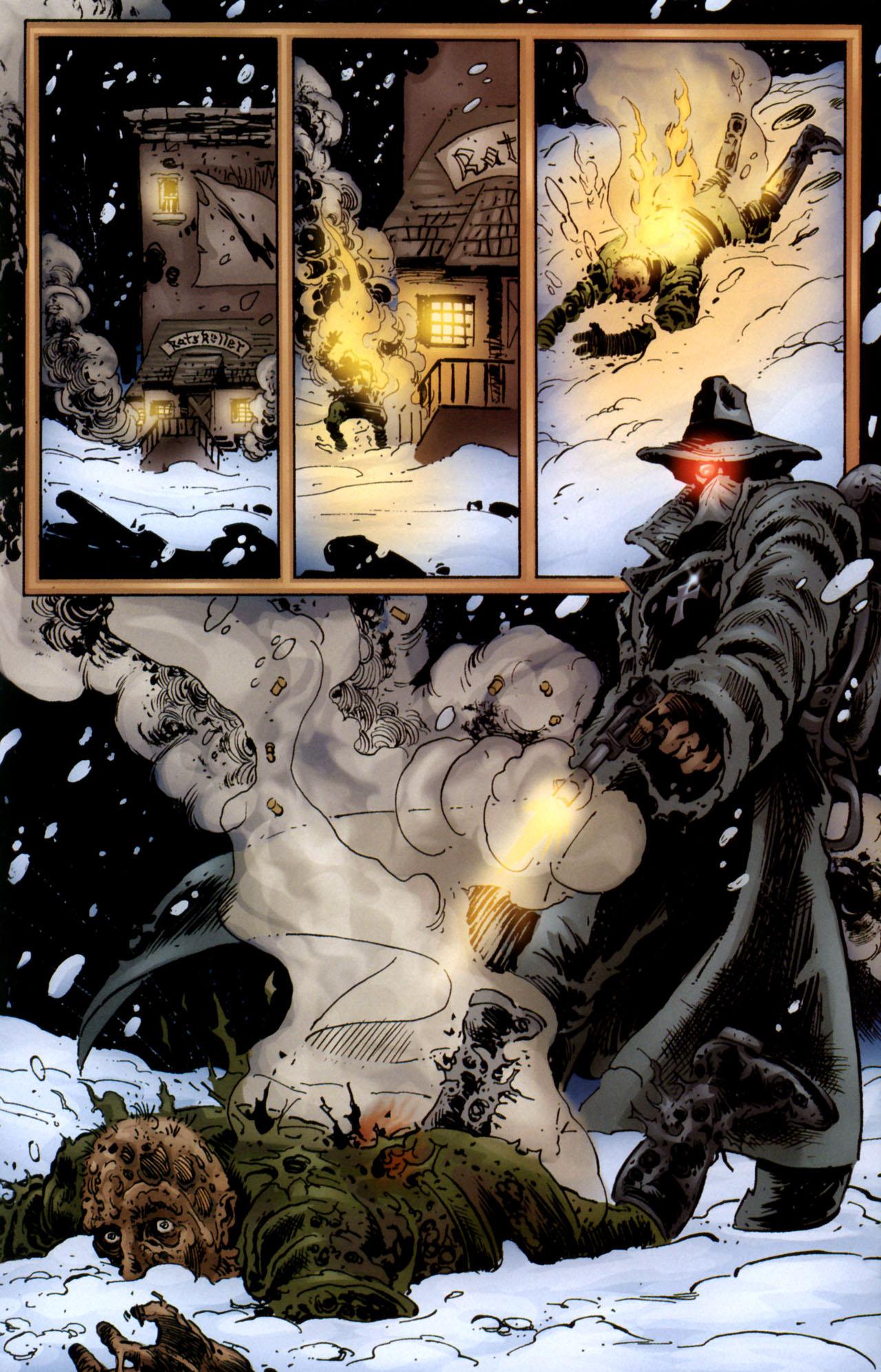 In the dying days of World War II in Europe, Berlin is in chaos, and a vengeful killer is in town setting about the Nazis. Police investigating the murder of a high ranking official discover American bullets in his corpse, English banknotes in his bag, and a note proclaiming him a rapist stuffed in his mouth.

Chuck Dixon’s chosen an interesting setting for his Shadow pastiche, as few mourn when a bunch of Nazis get what’s coming to them. To begin with Dixon concentrates on the representatives of the regime, an arrogant industrialist, a propaganda broadcaster and a sardonic police inspector, and his historical accuracy encompasses the child soldiers drafted in to do their duty. Plenty see the man who’s later named the Iron Ghost, and all report he spares the innocent. The Iron Ghost is very much the mysterious presence, manifesting once per chapter to dispense justice, while the remainder concentrates on the police investigation and the crumbling of the state apparatus.

Sergio Cariello is ideally suited to this type of pulp material. He’s very much from the Joe Kubert school of loose cartooning, but with a precision to his storytelling and fine emotional characterisation. Add that to a willingness to spend time supplying background detail to create a credible environment and you have an excellent artist who’s never received the attention that should have come his way. His Iron Ghost is suitably imposing, a bulky yet agile man in a swirling black trenchcoat given a unique appearance via a single glowing red eye, the purpose of which is revealed around the midway point. Also distinctive is his wearing an Iron Cross, the medal of valour awarded to German combat troops.

The string holding the story together is a desire to uncover the identity of the Iron Ghost, and Dixon perpetuates this until just before the final chapter, while disposing of possible candidates along the way. His characterisation is considered well, and he doesn’t take the easy path of having an entire cast of Germans as card-carrying Nazis. Some are expedient, others committed, and several interesting conversations offer alternative viewpoints possible in the new fraught climate. The Iron Ghost might have had more bite for some ethical commentary, but the mystery alone is satisfying, and should appeal to anyone who enjoys a crime caper.