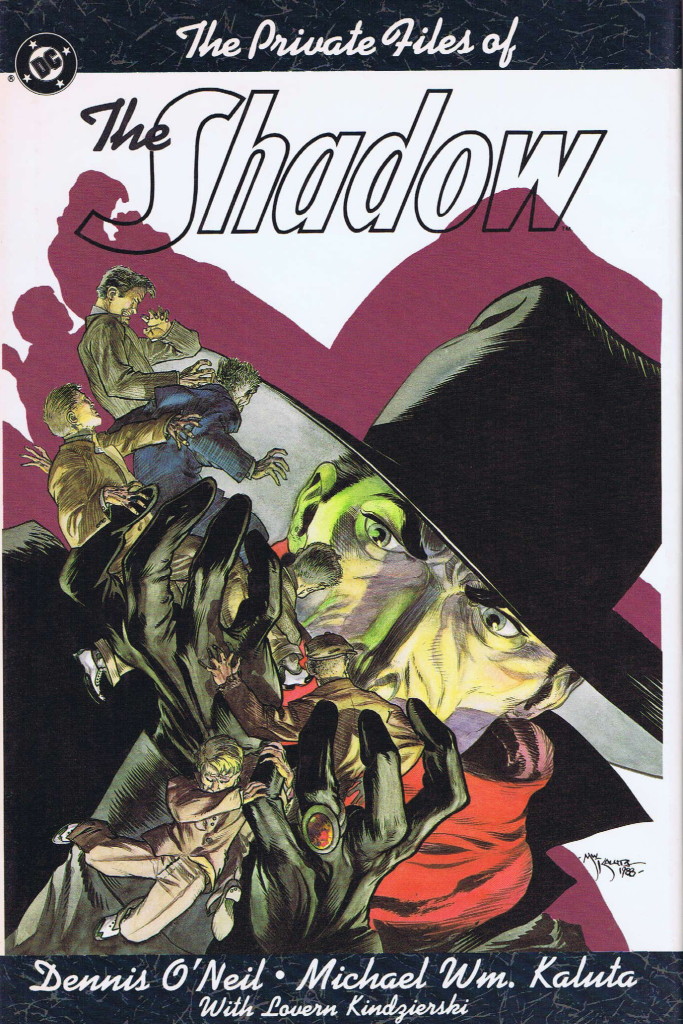 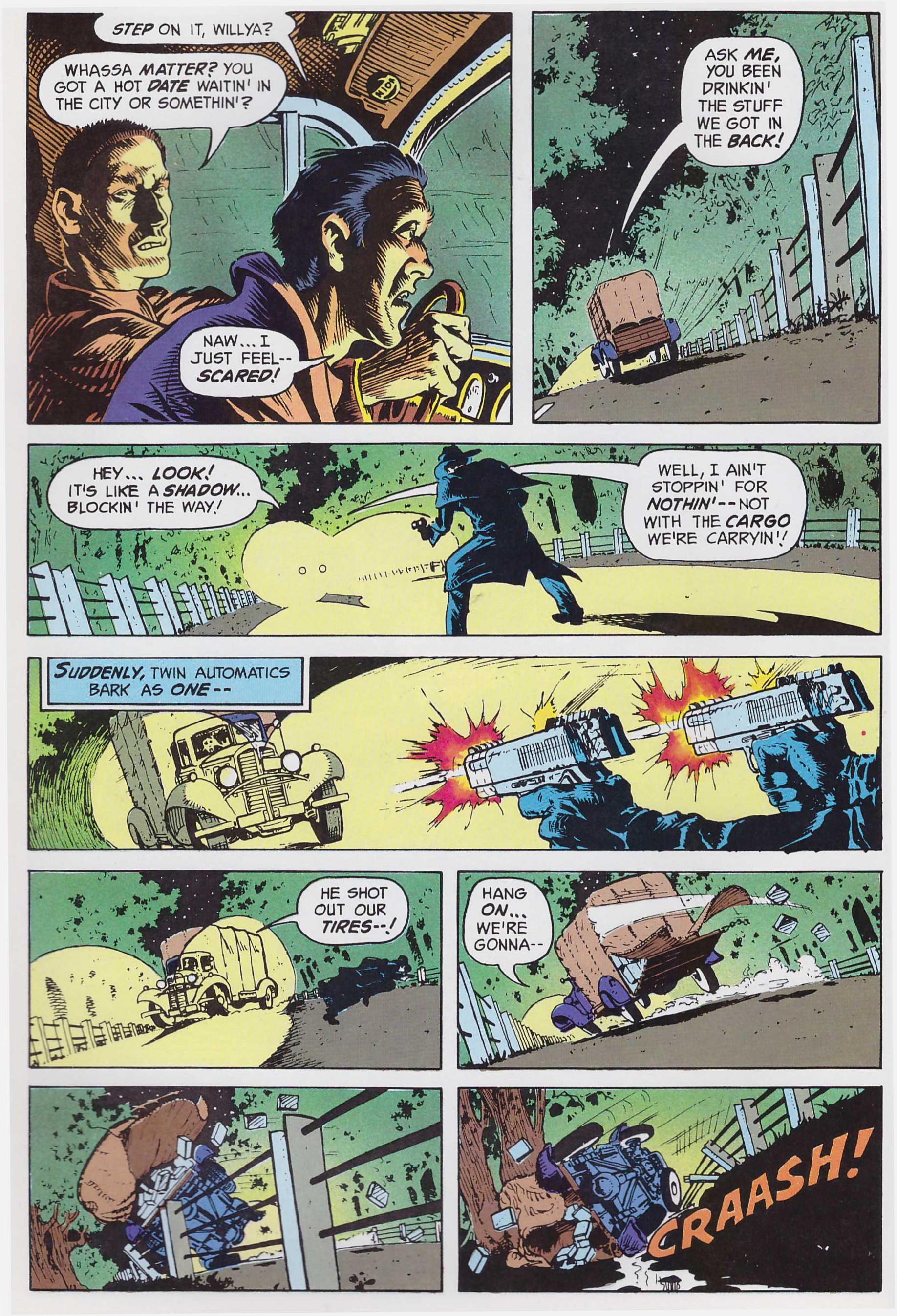 When this material was originally released it was aimed at the older end of the comic market. Walter Gibson’s pulp novels featuring the Shadow had ceased publication in the 1950s (although there’d been a brief 1960s revival), and the better known radio show had stopped broadcasting in 1954. It would only be well informed teenagers in 1973 aware of this two-gun archetype of vengeance.

Writer Denny O’Neil took the original pulp fiction as his inspiration rather than the simplified radio plays, and turned out pithy crime dramas. Best known in comics for his award winning Green Lantern and Green Arrow series that questioned the values of society, his Shadow saw no shades of grey. Evil was evil, it should be exterminated, and the Shadow was single-minded in ensuring this was the case. O’Neil’s scripting is terse and his dialogue clipped, and his plots combine exoticism and the crimes of the 1930s, giving them a twist, such as robberies seemingly committed by jailed criminals.

Dipping from the source enables O’Neil to play with the Shadow’s assorted identities, and to use tricks beyond the hypnotism prevalent on the radio show. He’s particularly fond of the Shadow somehow dematerialising when being struck by a vehicle or a bullet appears certain.

It wasn’t O’Neil’s scripts that originally sold the feature, though, which hung on the gloriously designed artwork of Michael Wm. Kaluta, much acclaimed at the time. Under Kaluta’s astute pen The Shadow and assistants roar around an entirely convincing 1930s. There’s a delicacy to the pages, an illustrative style recalling an earlier era, yet his presentation of the dingier elements of society and the dangers they induce has a threatening quality. As does the Shadow, glowering from beneath his slouch hat. Kaluta captured this particularly well in his cover illustrations, sadly absent here. In terms of the artist Kaluta would become, it’s relatively primitive, and far looser, but ideally suited to the feature.

Just how much Kaluta’s art had improved is displayed by the final tale, commissioned for the publication of this collection in 1989. It’s stunning work, again set in the Chinese community of New York as his final 1970s strip had been. Kaluta also writes this story of the Shadow on the trail of an abducted child.

Unfortunately the colouring is very much of its time. Although based on Jerry Serpe’s restrained original work, the strips have been recoloured by Lovern Kindzierksi for this book, and are very vivid in comparison with the original issues. Elaine Lee works on the new material, deliberately designed to be bright and decorative in contrast to the Shadow’s usual environment, and with the exception of peculiarly brown-skinned Chinese people it’s very good indeed.

This is material that stands the test of time, numerous other comic representations of the Shadow in the years since notwithstanding, and it’s surprising that a fuller and more sympathetic presentation has never been issued. It should also be noted that the original series continued without Kaluta, and O’Neil’s plots maintained their standards over a further seven issues.