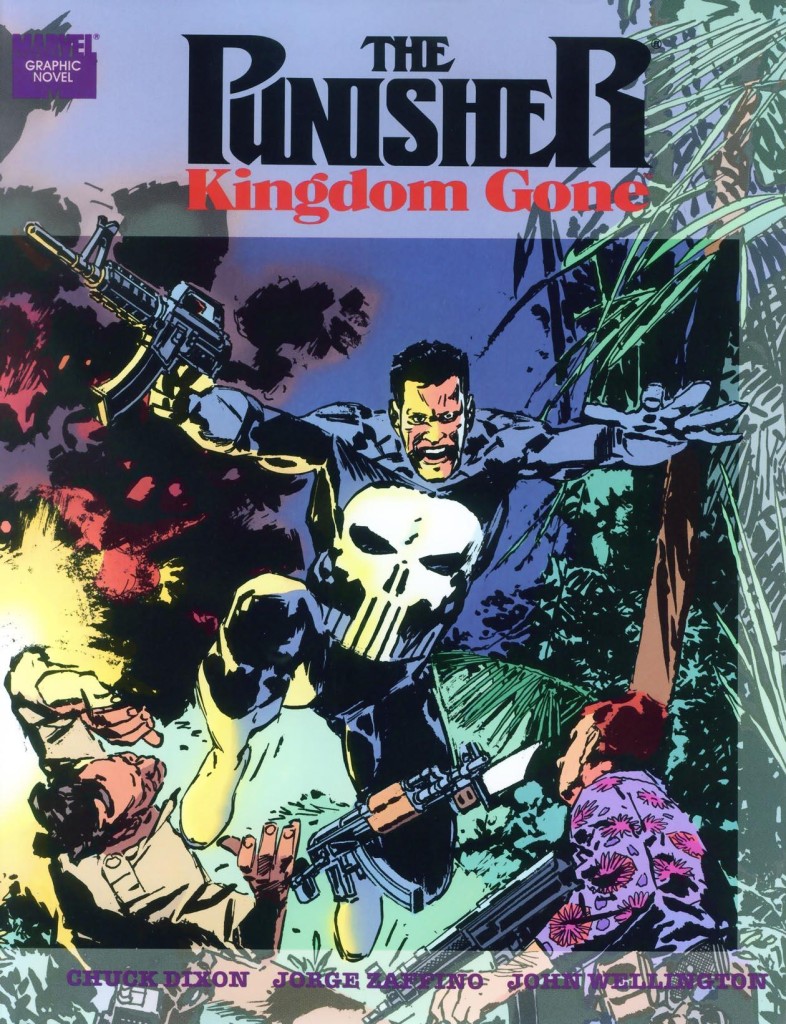 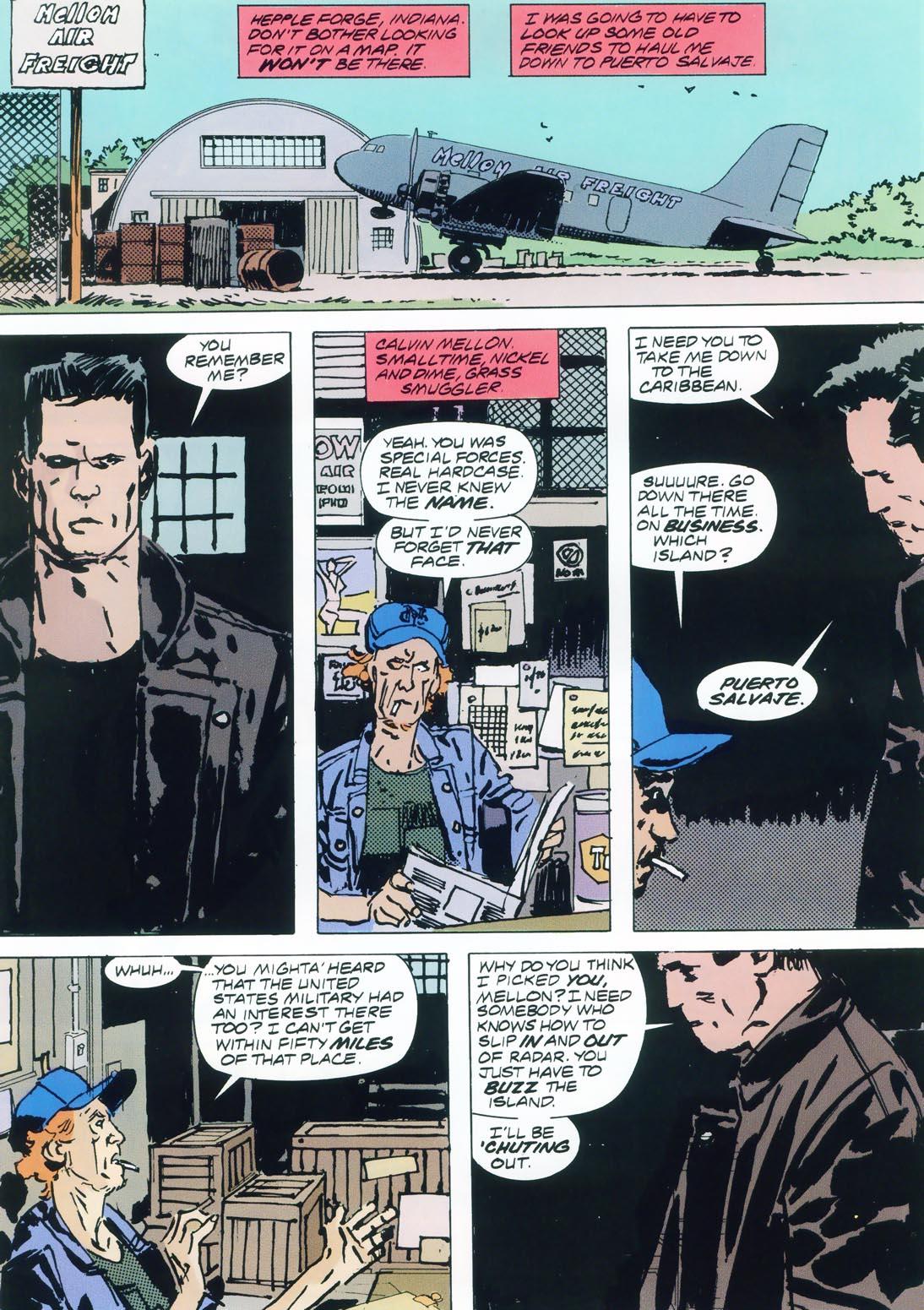 What goes around comes around. Written at the tail end of the 1980s, the Punisher’s opening target is a financial swindler, conning people to invest millions in schemes never intended to pay off while Hamilton Greaves makes a fortune on the side irrespective of the misery he causes others. The IRS investigation is closing in, but the Punisher doesn’t consider the light sentence Greaves is likely to receive to be commensurate with his wrongdoing.

Greaves, however, proves to be a wilier customer than anticipated, tipping up on a small Caribbean island and immediately starting work on projects that ensure it’s going to be a lot more difficult for anyone to reach him. When has that ever stopped the Punisher?

Chuck Dixon, who would go on to write reams of Punisher, makes a good case for his future here. This is a strictly linear plot that could be Rambo with a skull on his chest, if featuring the obligatory 1980s reference to the Punisher’s initial motivation, but it hits all the right action beats and delivers some fine cameos along the way. The American general determined to root out communists is one, and the wily politician another.

Better than Dixon’s script, though, at least when he warms up, is the scratchy art of Jorge Zaffino. The man is a wonder with a minimum of lines and an economy sized bottle of black ink. The younger Eduardo Risso was surely looking at what his fellow Argentinian managed with contrast during some scenes in Kingdom Gone, although their respective styles are otherwise completely different. There’s no clear line about Zaffino here, just gritty action.

Dixon steps up as well, maintaining suspense and snatching away the ending we’re all anticipating only to replace it with one more in keeping with expectation. There was plenty of Punisher material before the 21st century, much of it mediocre. Kingdom Gone stands out.