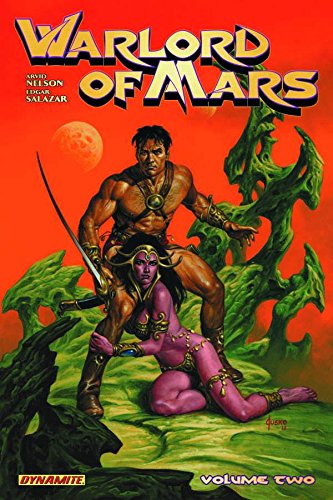 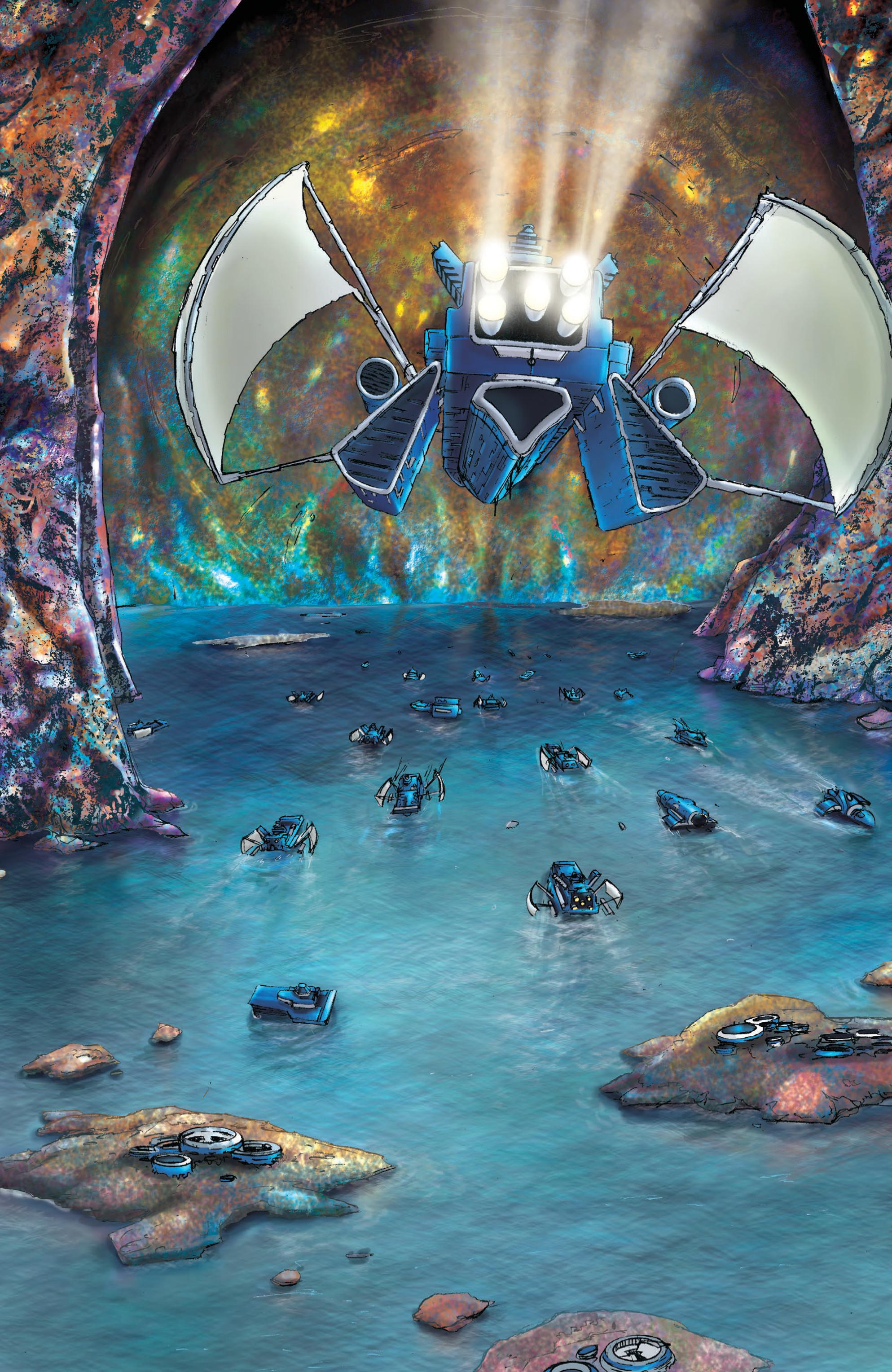 Dynamite’s engaging presentation of Edgar Rice Burroughs’ stories continues, following the format established with volume one. A few chapters of scene setting preface the adaptation of another novel, in this case Gods of Mars. It’s a good device, and one that purists can ignore if they choose. They’re still getting a good adaptation in this meaty graphic novel, while everyone else can enjoy the scene-setting.

Volume one concluded with John Carter having been instrumental in removing a Martian despot, and having found love with Dejah Thoris, only to lose everything on abruptly returning to Earth. Burroughs wasn’t anticipating a sequel when he began writing in 1911, and it gave his novel an affecting pathos. Arvid Nelson’s prologue returns us to Mars, where John’s now teenage son Carthoris lives with his mother, a target in two senses. City leader Jat Arras is making his feelings abundantly clear in John’s continuing absence, and she’s also the target of a killer. Political machinations abound and lead neatly into Gods of Mars.

The opening portion is again decently illustrated by Stephen Sadowski, and the adaptation by Edgar Salazar. His John Carter is a more lithe and athletic person than as illustrated by previous artist Lui Antonio, which is welcome. The pages aren’t quite as decorative as those by Antonio, and there is the occasional strange looking face, but Salazar tells a story well, and convinces with the various exotic locations. He’s particularly good when it comes to the unusually designed flying craft, several types of which are required during the story.

As previously, there are conveniences to Burroughs’ original plot, Carter’s method of travel to Mars and running into his friend Tars Tarkas on arrival are a couple of them, but he quickly throws in massive lion-like beasts called Banths, an alluring slave woman, and something rotten within the core religion of Mars, or Barsoom as it is to its inhabitants. A tribe of sky pirates rapidly follow, and Burroughs and Nelson move the action along so quickly that lapses in logic are forgotten, although when considered, the plot does appear to be conceived as it progresses rather than with an end in mind. The pulp origins are evident in the frequent last minute escapes, and it’s not as easy to overlook the objectification of women in the stories, all of whom throw themselves at the irresistible Carter, few of them wearing much in the way of clothing, although that applies to all inhabitants.

Those familiar with the original novel will notice changes, the most prominent being the excision of a plot serving no purpose other than artificial tension of Carter not knowing his son. The cliffhanger ending also comes from the original, Burroughs in 1913 secure enough that the series was popular enough to continue, as it does here in volume three, although the aspects of the original were rather cheap sensationalism and Nelson resolves those here. This is also available as value for money pairing with its predecessor as the first Warlord of Mars Omnibus. 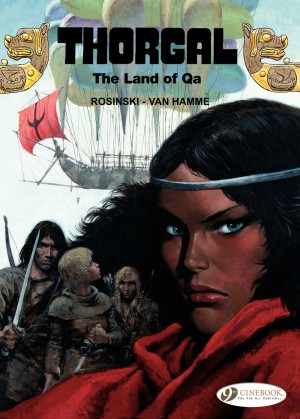 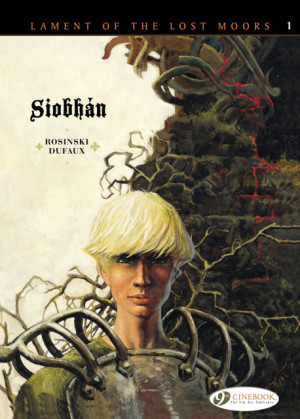 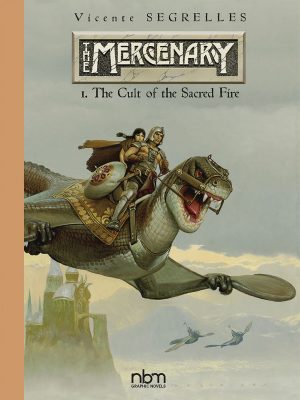