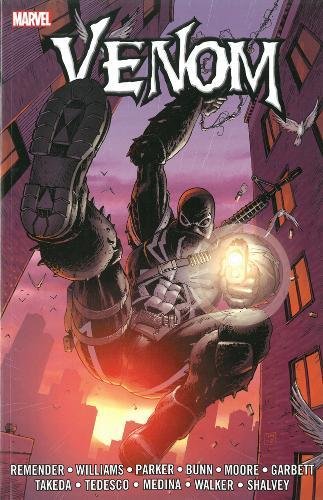 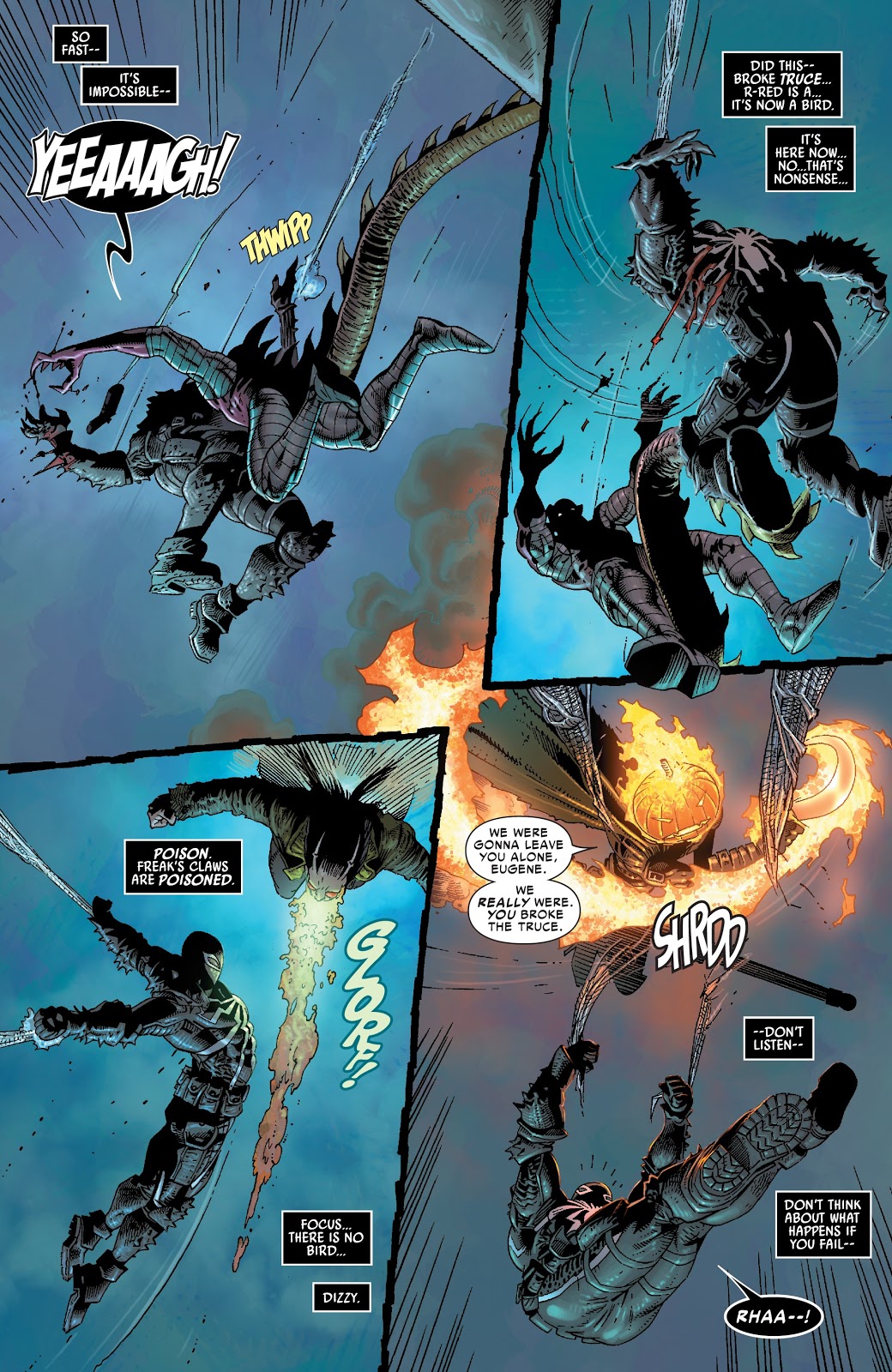 While the first Complete Collection of Rick Remender’s Venom was all written by him, this is more Remender and friends, including collaborations with Cullen Bunn and additional stories written by Jeff Parker and Rob Williams. However, while the quality is inconsistent, especially on the opening of two stories, this is a better Venom selection than Vol. 1. Everything here was previously available in two slimmer paperbacks, Circle of Four and The Savage Six.

Plenty of guest writers, artists and stars feature over the first story in which hell is literally loosed on Earth, or in Las Vegas at least, with an option to spread further. Remender and Tony Moore supply the better opening and closing chapters, introducing Ghost Rider, Red Hulk and X-23 to Venom, while the regular creative teams for those guests supply the three middle episodes. While the basic plot holds up and it’s nice seeing Venom interact with three well-chosen characters, the slippage of hell into Earth drags on around a chapter too long, although Remender ends it well and with a surprise that leads into the second story.

That’s an altogether different affair, an urban crime thriller exceptionally well drawn by Lan Medina (sample art). It’s not that he was in any way poor in Vol. 1, but he really opens up into expansive cinematic action art here. Also supplying notable pages are Declan Shalvey, who has a similar view of Venom swinging across the city, and Sana Takeda, whose painted manga methods are very distinctive compared to the remainder of the art.

Remender collaborates with Cullen Bunn on the thrilling second story, in which almost all dangling plots he’s introduced are tied up. Hanging over Venom is that both Crime Master and Jack O’Lantern are aware that he’s Flash Thompson, and while they might not be among the first rank of supervillains, with that knowledge they’re more than enough to threaten the safety of his friends and family. Plus, they’ve gathered a few other third rate villains to form an even more formidable organisation, with the writers especially good when dealing with the Fly. Complicating the villainy is Eddie Brock, once host of the Venom symbiote himself, so well aware of the addictive nature of being Venom, and on a crusade to wipe out anyone bonded with a symbiote. Remender and Bunn also pick up the mess Flash was left in at the end of Vol. 1, by having him squirming around his supporting cast attempting to rectify that mess without revealing that he’s also Venom. There’s a heartbreaking scene with his mother, whom we know has already been through enough. “Told her I’d been drinking”, runs Flash’s narrative captions, “told her I was back in the program. Looked her in the face and lied.”

An opening chapter drawn by Kev Walker showcasing Flash’s new place among the Avengers, and the epilogue dealing with a remaining villain frame a crime thriller that sustains its suspense throughout. The only damp squib is the revelation of who the Crime Master is beneath his hood. You genuinely won’t care, but you will about the remainder of the story, which is the highlight of a good Venom run.

Unfortunately for readers who prefer holding a book, the print version is long out of print, and used copies are expensive, although the digital equivalent is cheap and readily available.