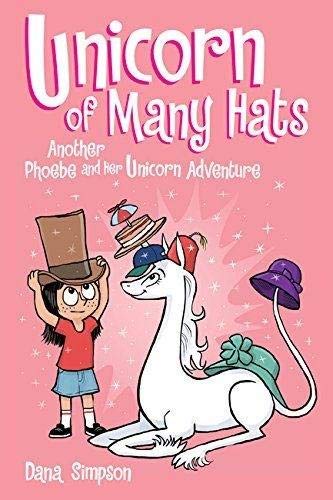 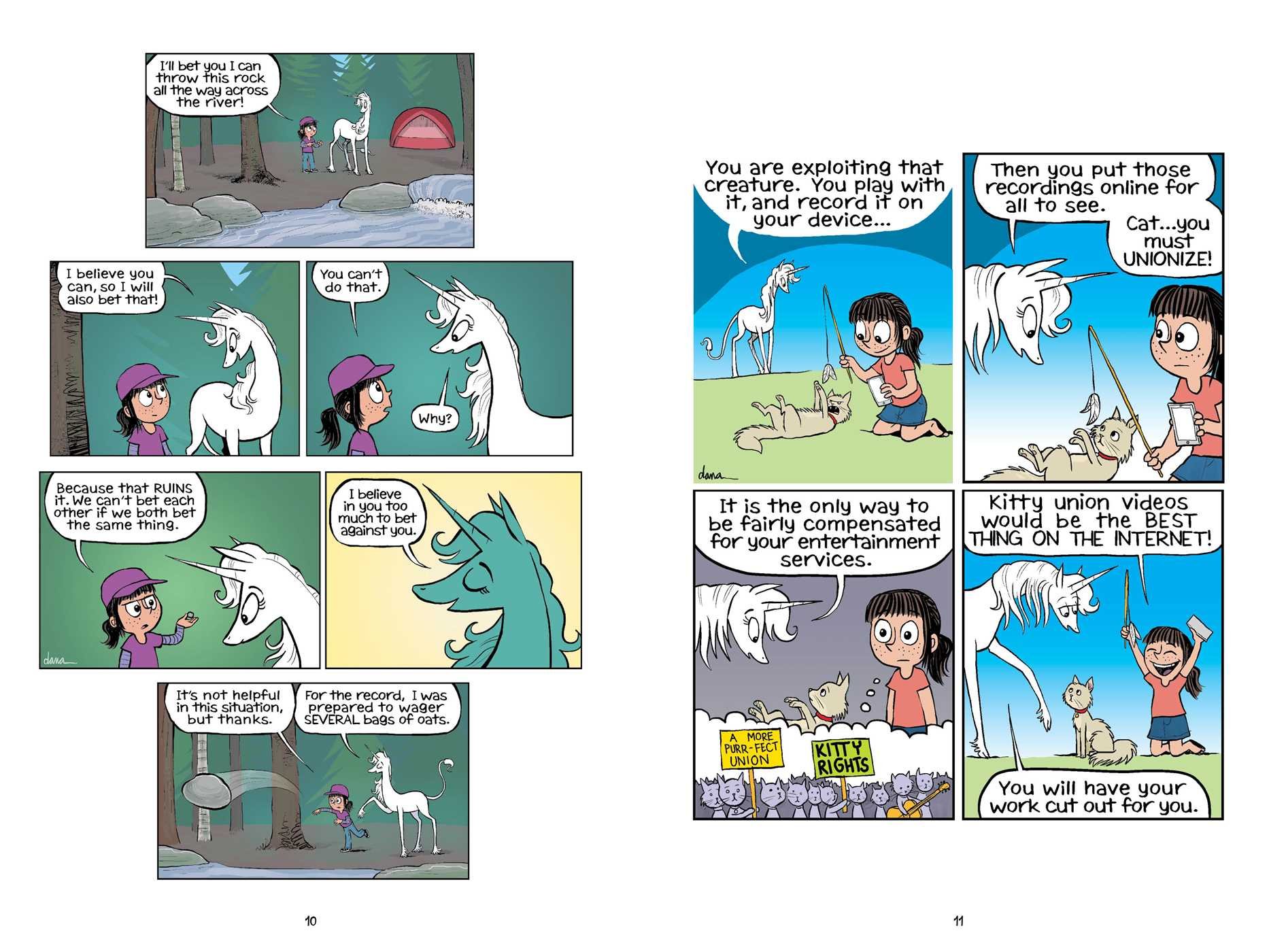 Unicorn of Many Hats is another collection of the daily newspaper strips written and drawn by Dana Simpson. They feature a nine-year-old girl called Phoebe, and Marigold Heavenly Nostrils, the unicorn she rescued who has now become her best friend and constant companion. The structure of these strips is unsurprisingly dictated by the school year, but since each book in this series is around 170 pages that equates to around five months of activity, so each book begins and ends in a different part of the year.

This collection begins in the middle of summer vacation, which means lots of hanging out, doing not much really apart from noticing just how many ways Marigold can talk about how incredibly lovely, talented and worthy of worship she is. It’s a very well-worn pattern by now, but the endless conversations about some features of her behaviour with punchline “Unicorn!” do seem a little funnier this time. There is a guest non-appearance from Lord Splendid Humility who inspires Marigold to write fan letters, and when Phoebe’s parents want to go out for the evening, a strong resumé detailing her experience as ‘guardian of the precious Moonstones of the Shimmering castle’ and ‘Watcher of the dragon hatchlings of the Nicetooth clan’ convinces them Marigold is the right creature for the job.

Most volumes end with a two or three-page glossary explaining the long words which Marigold uses, and this one is a little longer than most, featuring 38 words from abode (uh-bode) and abomination (uh-bom-uh-nay-shun) to tribbles (trib-ulz) and unionize (yoon-yuh-nize). Whether young readers will get the references in many of Marigold’s jokes is debatable, but at least they’ll know how to pronounce them.

The next book in the series is Unicorn Theater, which is another complete long story in one volume rather than a collection of strips.