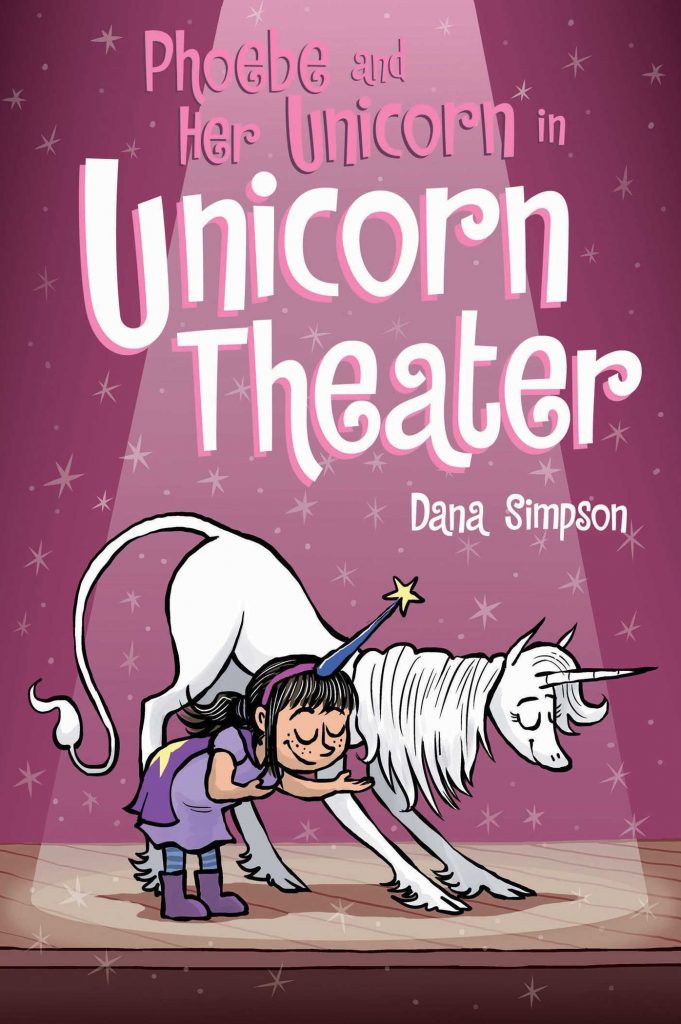 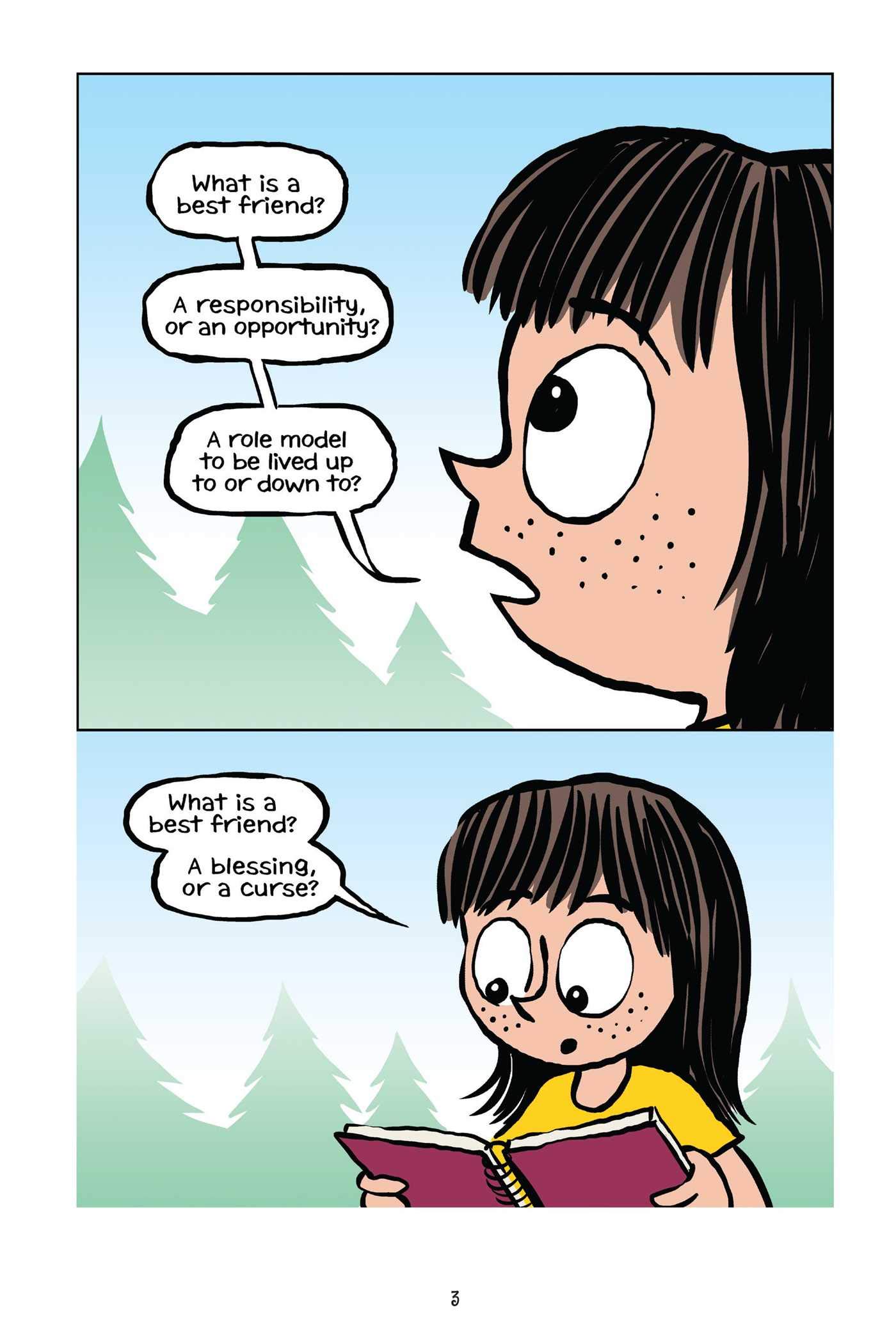 Just like volume six of the Phoebe and her Unicorn series, The Magic Storm,  this is not a collection of newspaper strips, but one long story specially written and drawn for this book, a complete graphic novel. It’s summer vacation time again in Unicorn Theater, which means school is over and summer camp beckons. The story opens with Phoebe being even more dramatic than usual, a close-up of her face filling two big panels as she asks: “What is a best friend? A responsibility or an opportunity? A role model to be lived up to or down to? What is a best friend? A blessing, or a curse?” The next page reveals she is reading these questions out of a ring binder. Phoebe has written a play and is looking for feedback from Marigold to help her decide if it’s good enough to present at Drama camp. It’s time to move on from Music Camp for Phoebe, and she’s expecting her best friend, the unicorn Marigold Heavenly Nostrils to help her stage her play. But Marigold has other things on her mind: her sister Florence Unfortunate Nostrils is coming to visit, and when Marigold announces she will be spending time with her rather than her human best friend, Phoebe doesn’t know how to handle being second best.

Unicorn Theater explores divided loyalties and insecurities as Phoebe’s play coincidentally echoes what is happening in her relationship with Marigold, and what it means to be jealous or threatened even when those feelings might be unreasonable. Phoebe’s friend Sue is there to meet her at drama camp this year, and so is her nerdy schoolfriend Max. Sue has made friends with the lake monster from music camp, and Max is accompanied by the electric dragon he befriended in The Magic Storm. That’s a lot of magical animal companions for one adventure, but they are more like enhanced pets than dramatic protagonists, so the action stays small in scale. The simple drawings support the emotional and teachable moments, as Sue, Max, Florence and Marigold all combine to show Phoebe and the young readers what true friendship is all about.

Next in the series is another collection of daily strips, Unicorn Bowling.