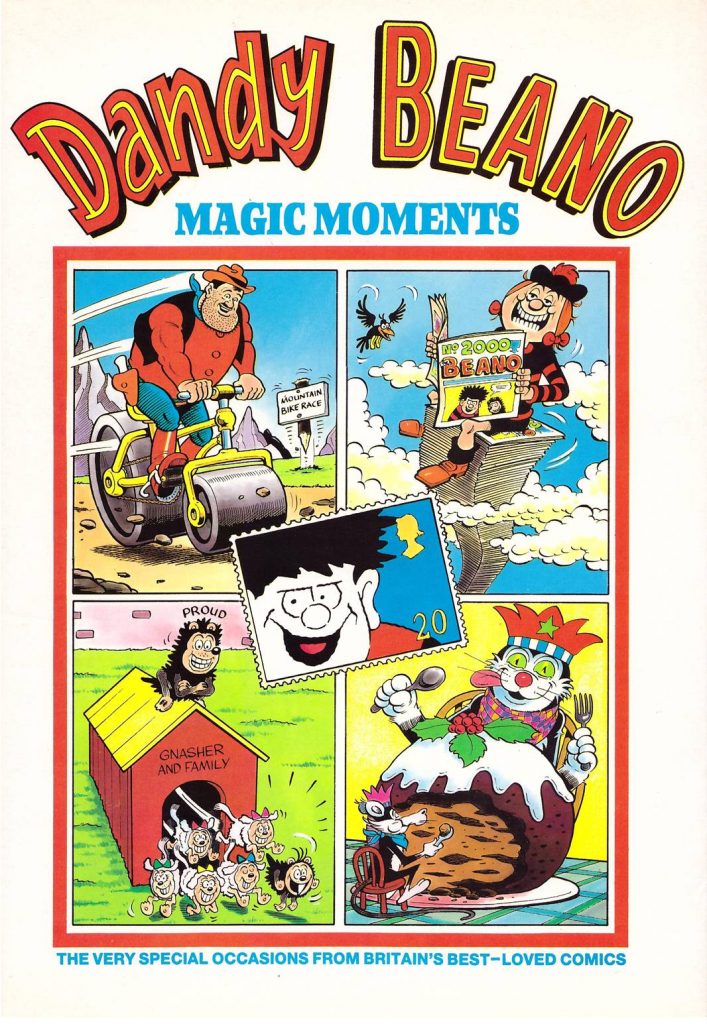 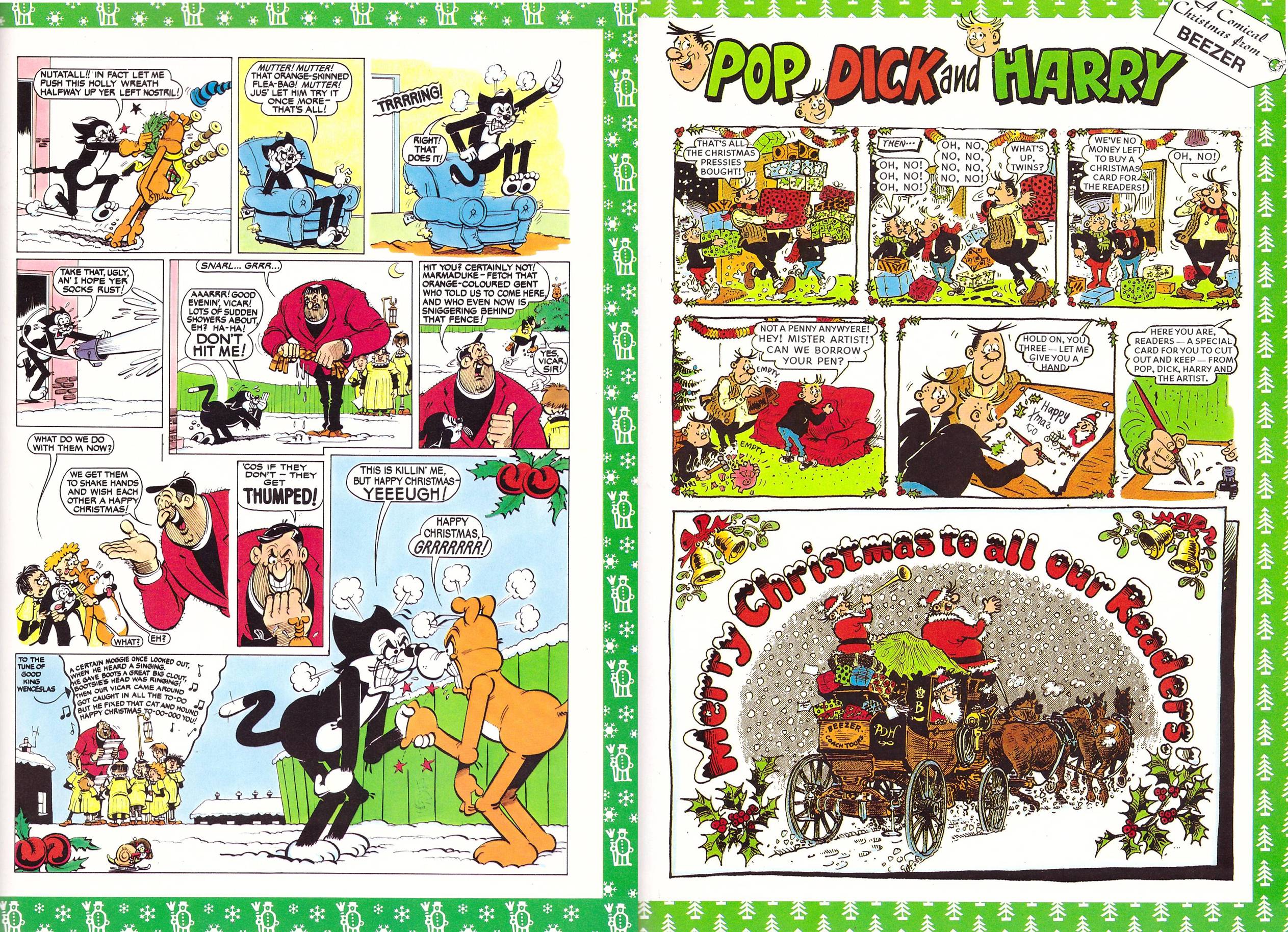 The sixth Dandy and Beano compilation ties together stories set on birthdays, Christmas, Easter, New Year, summer holidays and some more tenuously connected definitions of the title, such as the Bash Street Kids going conker collecting. However, for the knowledgeable enthusiast this is a prime collection as it departs from tradition by not only making room for features from other titles never anthologised separately, but by including more obscure features from Beano and Dandy. More depressingly, there’s no departure from tradition when it comes to omitting the mention of any creator by name. Dundee publishers D.C. Thomson don’t bother with years of publication for much of the material either.

It’s necessary to buy into the contrivance for maximum enjoyment from some strips, but largely focussing on holiday content isn’t restrictive. The sheer verve and imagination of an Easter Bash Street Kids spread is astonishing work by Leo Baxendale, and several of his other strips appear later. An Easter Korky the Cat by James Crighton is inventive, and it’s nice to see six pages of Dudley D. Watkins’ realistic style. That’s on Jimmy and his Magic Patch, where time travel is the magic moment. It’s a restrained Ken Reid represented by short run rarities Ali Ha-Ha and Big Head and Thick Head, wilder on the expected Jonah, while several of Davy Law’s Dennis the Menace pages are included along with two of his Corporal Clott strips. Other artists with instantly recognisable styles, if not names, are Eric Roberts (Dirty Dick and Winker Watson), Malcom Judge (Billy Whizz) and Barrie Appleby (Dimples).

There’s surprisingly little Desperate Dan when compared to earlier collections, although in one strip he tangles with Pansy Potter, and another teams Dennis the Menace with Minnie the Minx. We also see the first appearances of Minnie (Baxendale), Roger the Dodger (Reid), Ivy the Terrible (Nixon) and Jimmy Hughes’ Bully Beef and Chips. The absence of credits continues to be a stain on D.C. Thomson, but the sheer variety on offer ensures Magic Moments stands out from other Beano and Dandy compilation hardcovers. If you only need one sample in your collection it’s difficult to see past this selection.