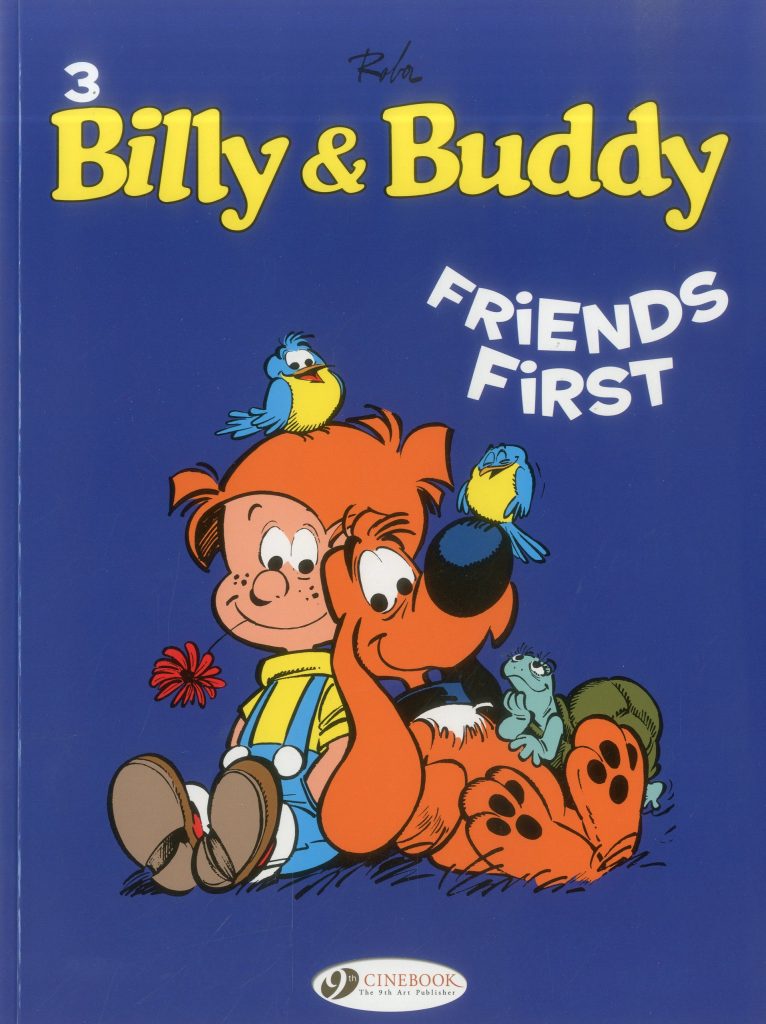 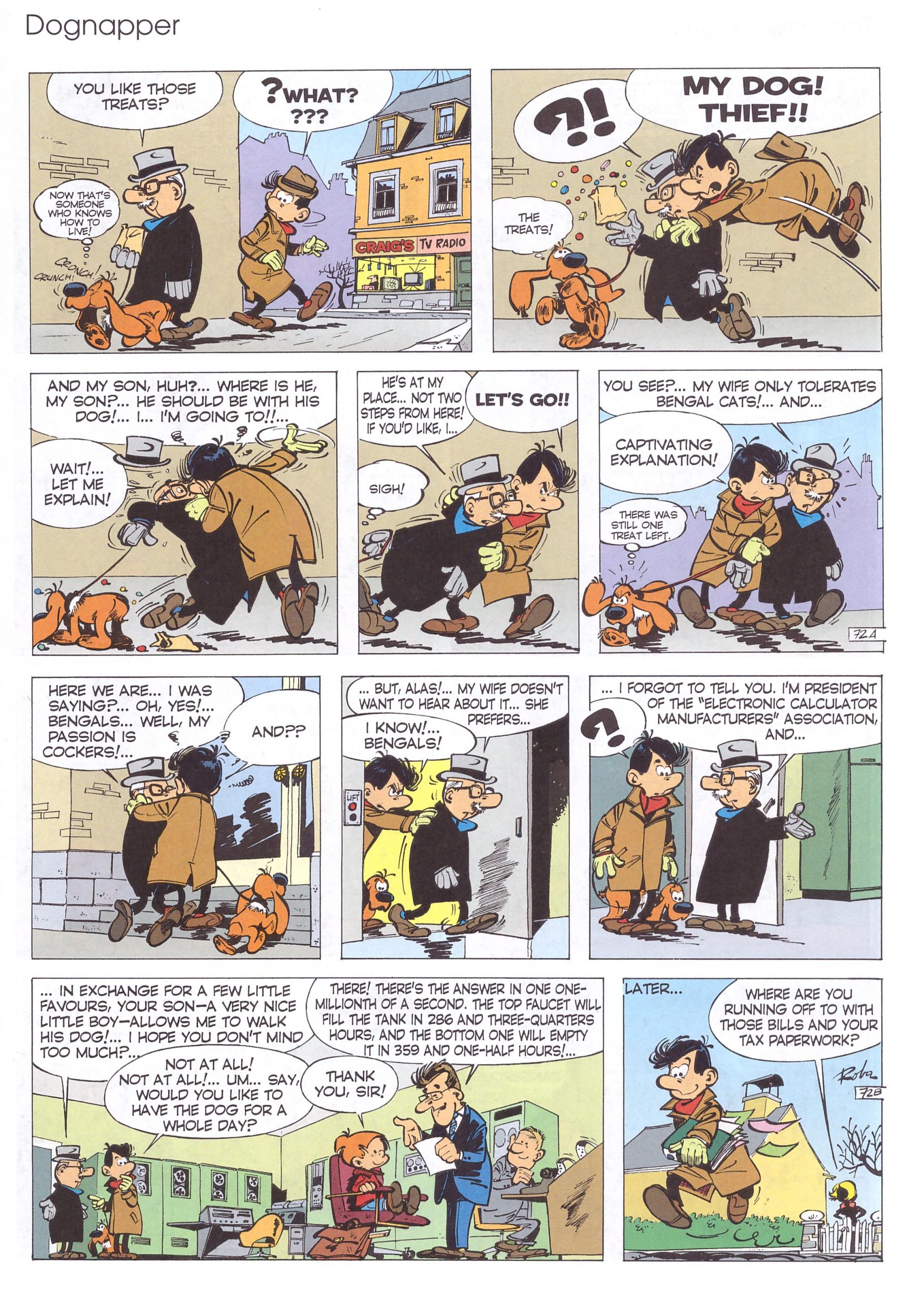 Friends First presents the earliest Billy & Buddy material seen over their first eight English translations, the second set of strips to be issued as a French album. They adorned Spirou’s back cover in the early 1960s, predating Jean Roba developing the completely refined and pared down artistic technique seen by the mid 1960s in Remember This, Billy? Before he developed Billy & Buddy, Roba had been working with Belgian cartooning great André Franquin, and there are still indications of that in the slightly looser and busier drawings. Perhaps it’s just resorting to a similar type, but there seems to be an in-joke of Billy’s father’s boss being Messmaeker, forever hoping to sign contracts in Franquin’s Gomer Goof strips.

Even more surprising is the livelier approach to the gag construction as well, with less predictable scenarios than those developed as the strip continued, and better use of the eight panel format, as exemplified by the sample page. It’s a gag no-one will see coming, a slight tough of surrealism about it and yet still within the bounds of the gentle humour characterising the strip. There are even a few strips suggesting a violent outcome as the final panel gag, something not apparent in later work, the journey of a freakishly painted balloon an example. Actually laughing at the jokes rather than smiling is a new experience.

These early strips show Roba has recurring scenarios in place from the start, among them the use of other breeds of dog contrasting Buddy, and the repeated examples of pride going before a fall as Billy’s father attempts to save money by doing something himself. Incompetence is the order of the day. Billy is also more inclined to mischief rather than Buddy always carrying the can. The prim and easily irritated neighbour frequently used here was later discarded, as were the trivial call-outs for the emergency services.

Roba has a formidable reputation among the greats of Franco-Belgian cartooning, and while his drawing is always refined, this collection of earlier work displays far greater wit and imagination. There’s finally an English translation showing why European readers fell in love with Billy and Buddy, and it’s the volume to sample.