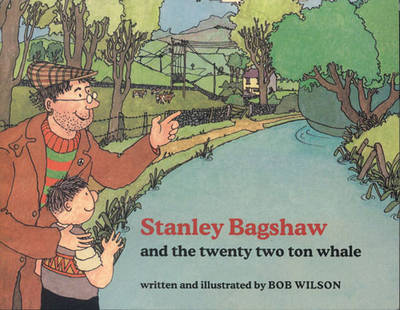 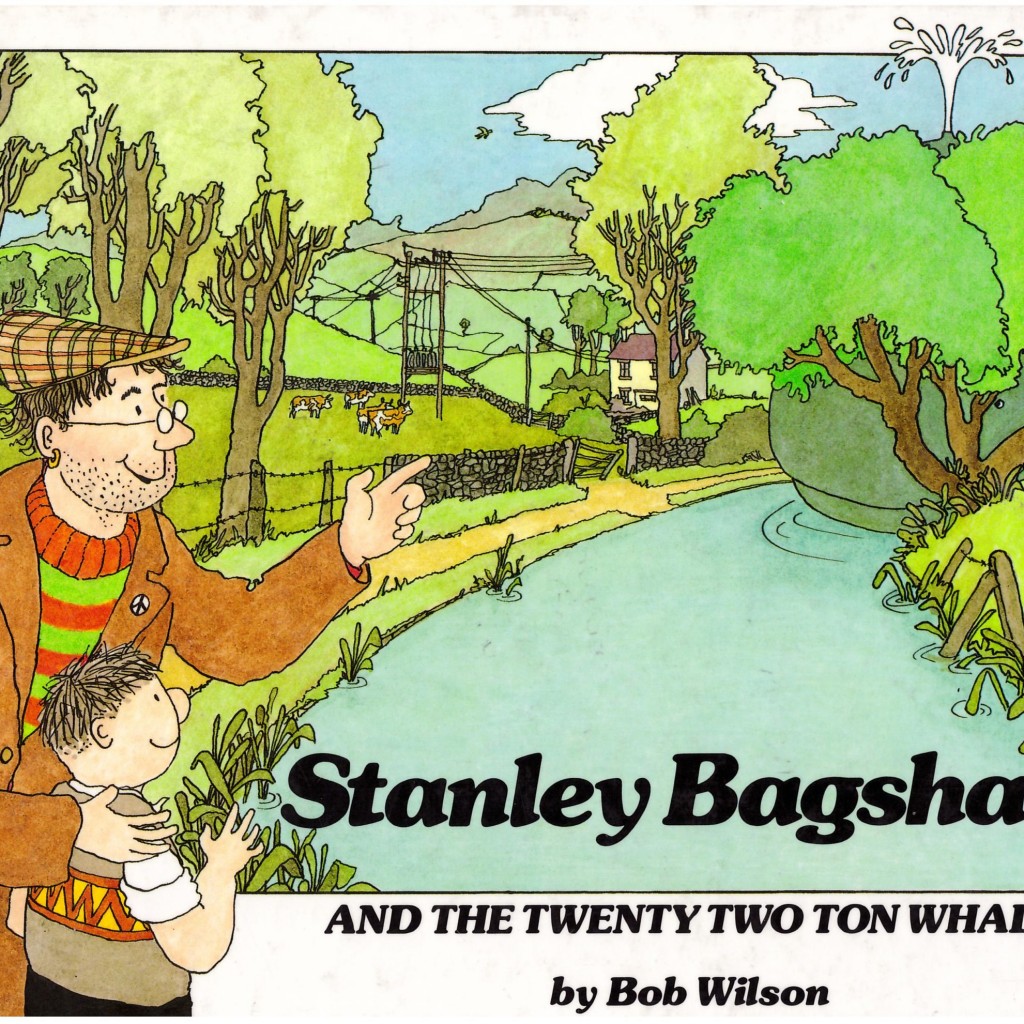 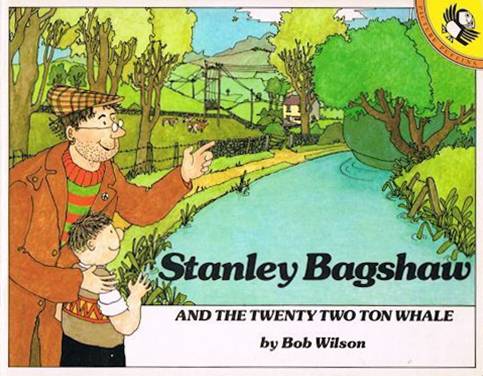 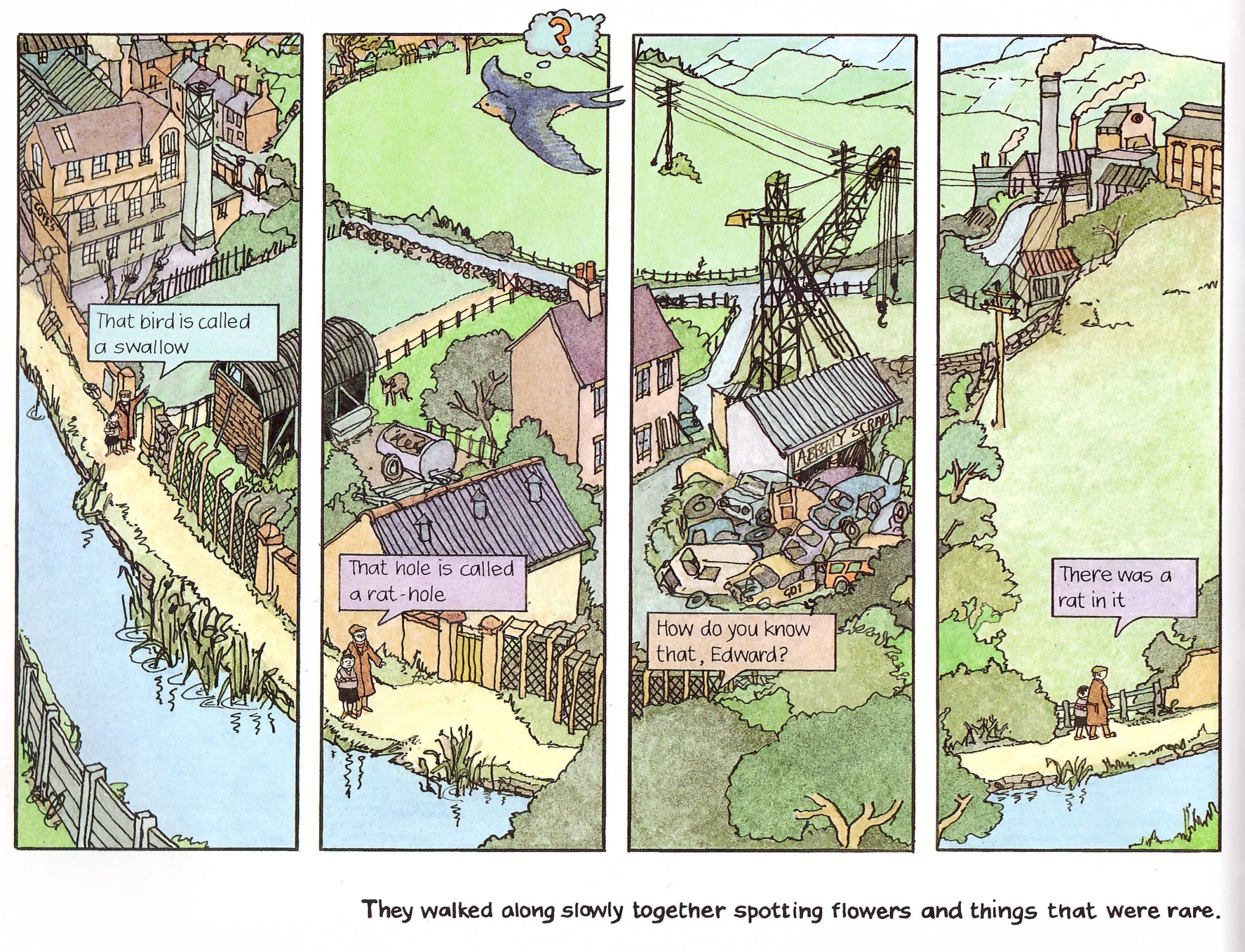 Having established likeable Northern English lad in Stanley Bagshaw and the Fourteen-Foot Wheel, a year later Bob Wilson introduced another oversize complication to his life. As Stanley’s walking down the Huddersgate canal path with nature expert Ted they’re confronted by a whale, who’s lost its way heading North to the Arctic. There’s not enough room for it to turn around until Ted’s boatyard, and thereby hangs a tale.

Stanley Bagshaw and the Twenty Two Ton Whale is of course a nonsense tale. It’s told in simple and imaginative rhyme of the type children like all the time, and additionally playing an enormous part is the considerable charm of Wilson’s art. He designs appealing characters, old and new, and gives them all plenty to do, while his scenery sits rich and impressive, an ideal tonic for any depressive. The whale itself is an enormous size, against which the townsfolk are miniaturised, going about their business, reporter and mayor, and others gathering in the boatyard there, concerned about the whale and its fate, just another day in Huddersgate.

What makes the Stanley Bagshaw books stand out is the care Wilson takes with the art. This is tighter than the previous book, and the sheer scale of the whale is emphasised by Wilson showing it from a distance, filling in the scenery, and breaking spreads down into individual panels through which Stanley and friends progress, as per the sample art. It’s a variation on the De Luca effect if you want the technical term, or what the Germans call Simultanbild. Once the book is read, look at the whimsical detail Wilson throws in, the old fashioned camera, Ted wearing his war medals, and the amount of folk in action in a panel of the whale at the boatyard, which could be something out of Where’s Wally? This is another delight, and the series continues with The Mafeking Square Cheese Robbery.

Thanks to Paul Gravett for information.