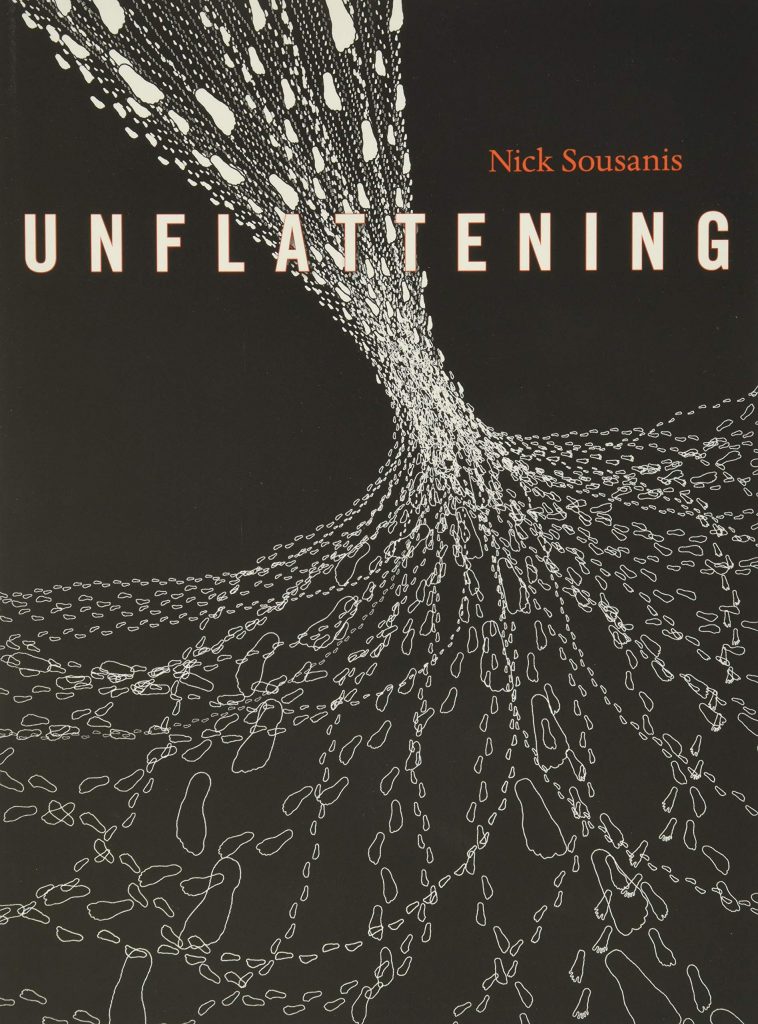 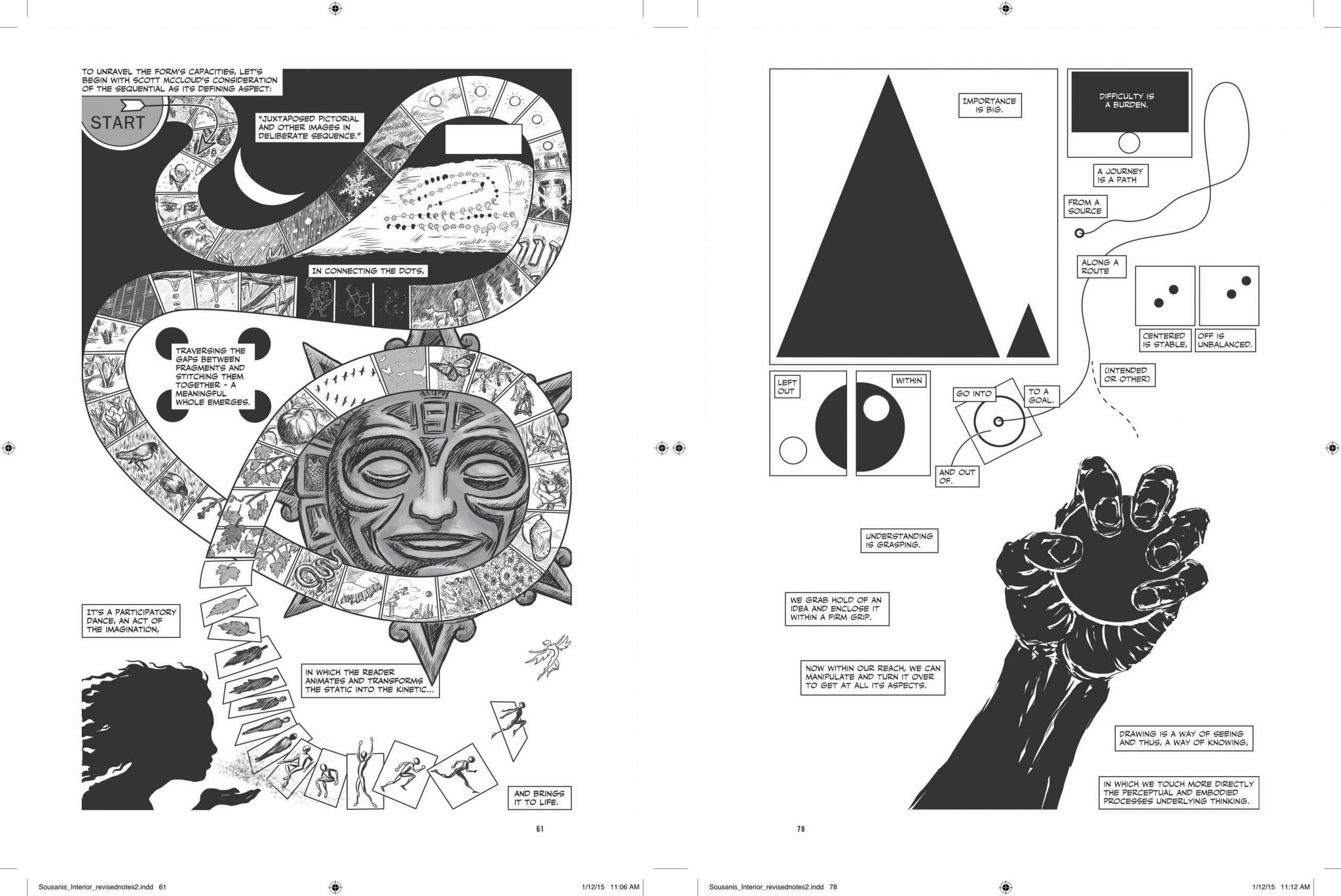 Unflattening began life as the dissertation Nick Sousanis submitted to Columbia University in 2014. His central point is how visual thinking is constantly diminished in favour of educational conformity, and to emphasise it, Sousanis submitted the dissertation as a graphic novel. Considering just the practical to begin with, in terms of adding to the already immense workload of a dissertation, that’s certainly not taking the easy option. Neither is that taken with the art, which is structurally dense with Sousanis constantly conceiving viable visual metaphors for his points. He opens by illustrating the bulk of humanity as identical forms set upon pathways supported by columns bearing instructions, interactions confined by the narrowness of the pathways. It’s a powerful start, the form echoing some of Steve Ditko’s more personal work.

The advancement of scientific principle as applied to ways of looking at the world follows, all with purpose of dispelling the unknown. Sousanis argues that as greater specialisation was required, communication was in turn limited, and broadly, that process has continued ever since. Subsequent chapters consider subjects such as the formulation of thought, how the brain visualises and the richer visual vocabulary, and the ability to see from different vantage points. As this is primarily an academic text, Sousanis bolsters his thesis by broadly quoting from philosophers, writers and scientists, and as such Unflattening would be a standard work if just typed, albeit one offering plenty to consider. One statement notes that an image is, while text is about, which would be disputed by the painters of the 16th and 17th centuries who hid their views within ostensibly flattering works, but far more often Sousanis offers enlightenment. How about considering an argument as a dance rather than a war, for instance? A thoughtful point simply made about difference is via an illustration of the foot shapes of six people who all take size 10½ shoes.

Every point is illustrated concisely, and yet also imaginatively, visual stimulation provided in so many forms from abstracts to portraits all for the purpose of promoting thought. There’s also the humour of Sousanis’ juvenile creation Lockerman and his ability to walk through any locked door acting as a metaphorical precursor the points made in Unflattening. For all the visual spectacle, the central thesis is undermined by the narrative being paramount. Without the words in the caption boxes on the right sample page who would understand the point being made? The visuals provide instant comprehension only when coupled with the text.

Unflattening champions visual literacy as a means of independent thought, and largely succeeds in making that point, while acknowledging it has to begin with individual questioning. It consistently prompts pondering. Could this review, for instance, be better communicated visually? If the reasoning fails to convince, there are dozens upon dozens of well considered and memorable illustrations. Unashamedly intellectual, encompassing dense topics, Unflattening is the most thoughtful graphic novel you’re ever likely to read.

With thanks to Teemu Korhonen. 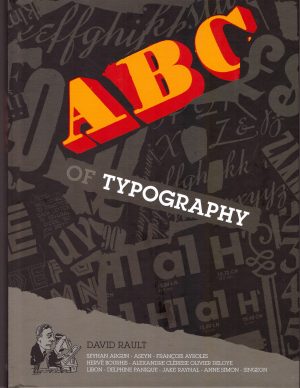 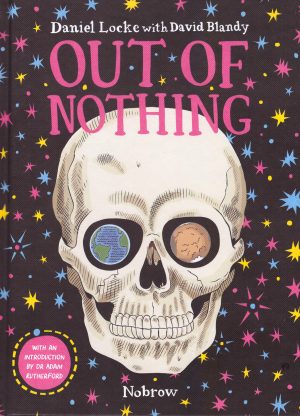