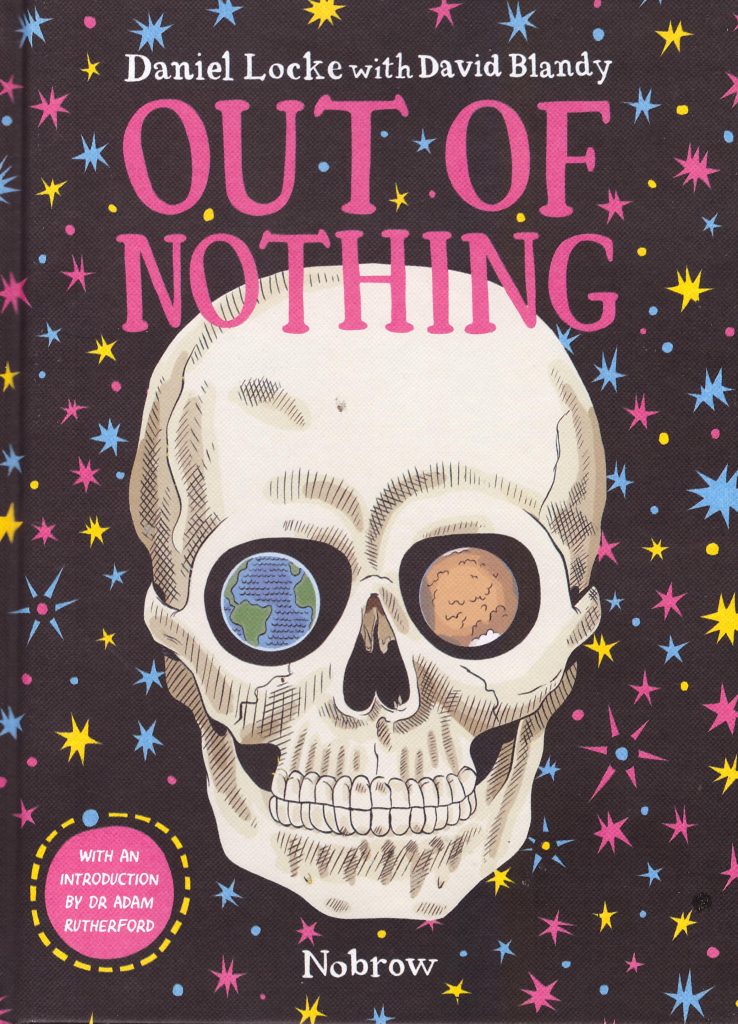 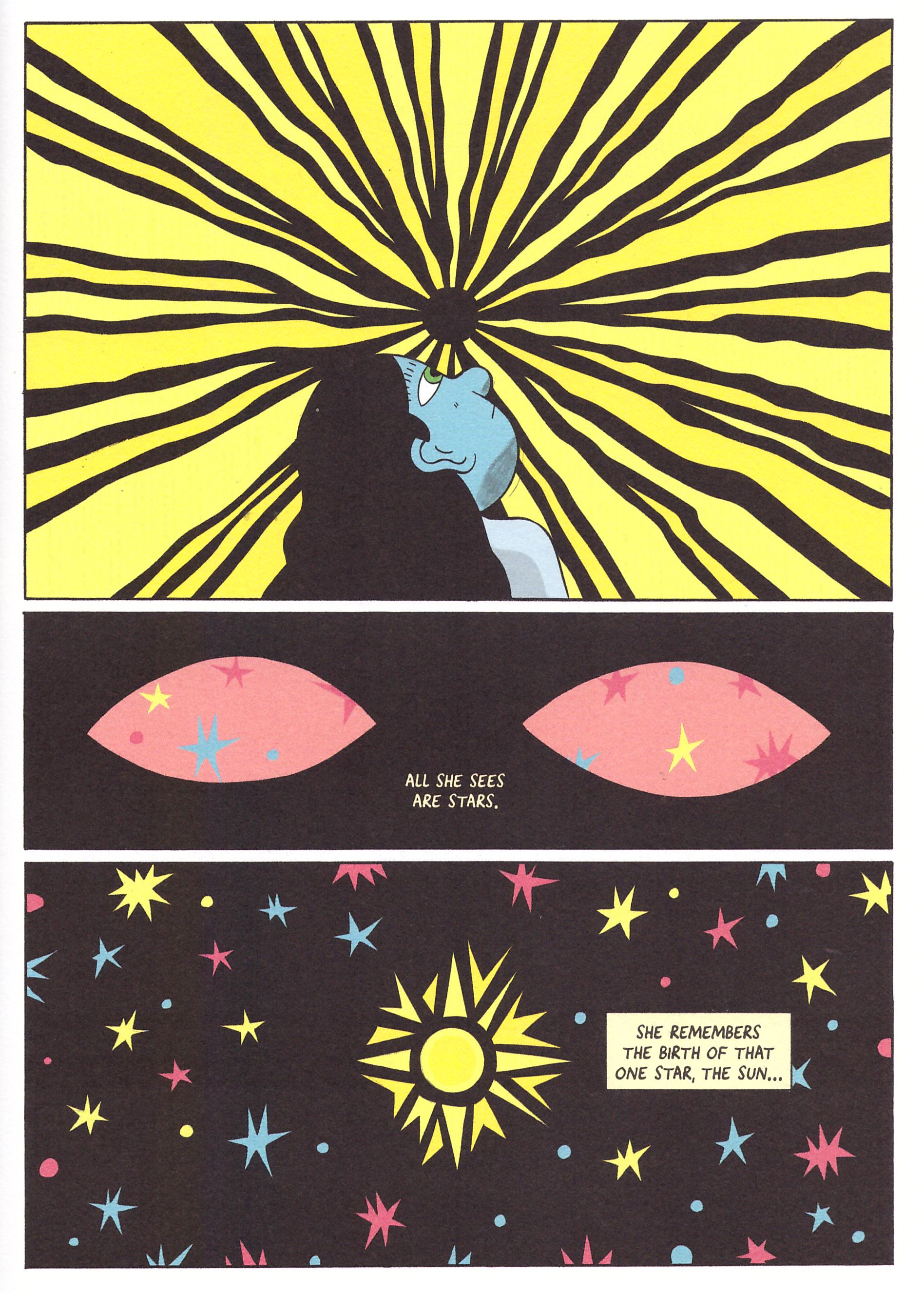 There’s an ambition about Out of Nothing that has to be saluted. The title alone bears thinking about, encapsulating what we came from millions of years ago. Before humanity could develop Earth had to exist, and before that the sun had to ignite. This is the story of Earth and humanity from the eruption of our solar system to a distant future.

That’s one hell of a brief for 250 pages, so of necessity Daniel Locke and David Blandy are selective rather than comprehensive, jumping through time in increments of millions of years, slowing down to decades when they hit the 20th century, where there’s a greater cataloguing of individual achievement. The problem with this stone across water approach is the selectivity, a process with the potential to grate on every reader. While there’s no denying Kool Herc as an originator and innovator whose effect on popular music has been immense, should he be humanity’s sole musical representative?

Part of the reason is that he fits the authors’ thesis of connectivity and documentation being the key to humanity’s progress. An ability and desire to connect, be it personal, artistic or scientific, is presented as humanity’s essential motivation, and Kool Herc’s approach to music by isolating one element and connecting it with another fits the thesis better than Bach or the Beatles.

Locke and Blandy’s artistic approach is fascinating. How does one encompass the extent of the universe, science and nature, humanity and culture, individuals and society? Their solution is to keep it simple, with a blue skinned personification of Earth examining and listening in vividly bright and colourful panels, often breaking down into abstract patterns. They should branch out into wallpaper and fabrics such is the appeal of these designs.

When all is said and done it’s the primary patterns that are the most memorable aspect of Out of Nothing. The simplicity equates with clarity, and complexity is engagingly presented, but its a triumph of design rather than content, and the authors are defeated by their ambition. It distils some human achievement, and certainly steers well clear of political problems or any thoughts of humanity as anything but a united species, rather than one separated by ideas of nationalism and culture. Much as we might wish otherwise, we are petty and self-centred more often than great, and while science is empirical, art involves subjectivity. Sadly we are Stalin and Robert Maxwell every bit as much as Picasso and Berners-Lee, yet that’s swept aside. As a documentation of the best of humanity Out of Nothing is a primer, but it’s not all-encompassing.