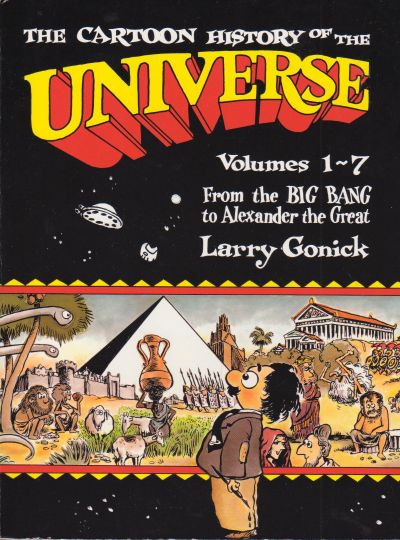 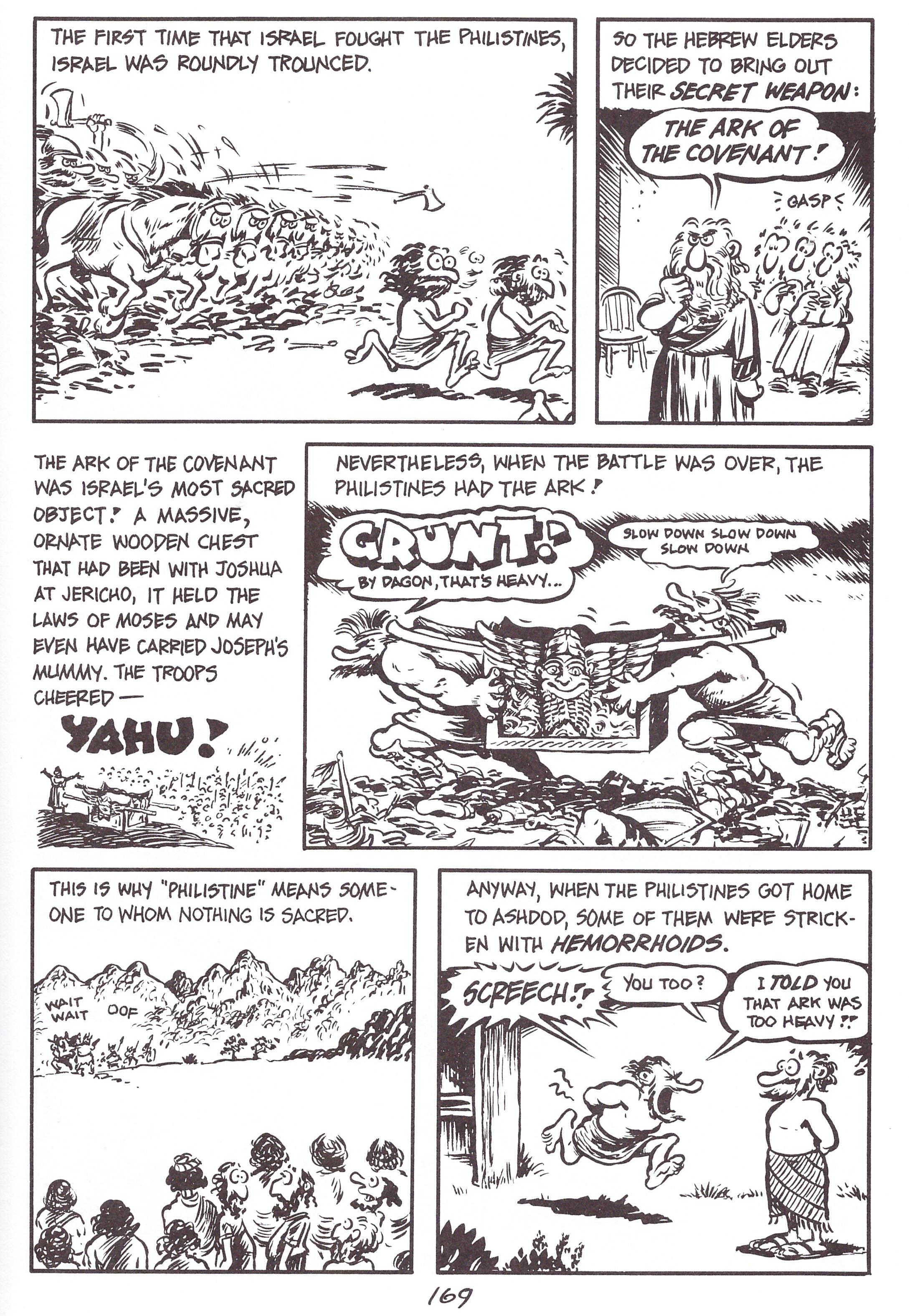 The Cartoon History of the Universe is a title that suggests comic purpose, yet while deliberately light-hearted, Larry Gonick’s three volume project is an immensely valuable learning resource. He distils the essence of history (social and military), of philosophy, of belief, of science and other weighty topics into brief sections comprehensible to the layman. Those with the qualifications of a university professor may detect an element of dumbing down, but anyone else with intelligence and curiosity will find their needs met and their purchase rewarded.

Gonick introduces the book and successive topics via his cartoon avatar, a passionate and quizzical man in jacket and slacks bearing a vague resemblance to a caricature of Albert Einstein, but with darker hair. Like Einstein, Gonick is aware that understanding requires engagement, and his 360 pages inform via breaking down even formidable concepts into simply communicated diagrams and prioritising humour. There’s at least one joke on every single page, and often a gag per panel, some verbal, some visual, some slapstick, some puns, application of cartoon personalities to very basic creatures… Gonick’s methods are as varied as his topics. Many pages feature a three panel footnote, indicated by an illustration of a brush held between toes painting an asterisk. If you can’t help be charmed by the methods, then learning from them is so much simpler.

Asking what the point is of starting any earlier than the big bang, that’s where Gonick begins his dissertation, taking us from that point through the evolutionary process to the arrival of apes in fifty pages. Another fifty pages covers the development of humans to the point of civilisation. 250 pages after that he’s reached the ancient Greeks and their philosophies and refinements, and there’s not a single intervening page that’s dull or irrelevant. When Gonick reaches the point of humans spreading around the globe and discontinuing their nomadic lifestyle it’s no longer possible to deal with them as a homogenous species and he switches to concurrent chapters recording simultaneous achievement.

Any spread opened at random will spill forth funny gags and fascinating information. Pages 238 and 239 deal with the emigration of Greek people from the mainland to the surrounding islands. They invaded some, but a surprise is that others were purchased from the inhabitants, then settled. These islands were settled by community, not nation, so often shared with the Phoenicians. Once the settlers began trading, the system employed was for a ship to dock and unload its contents, after which the sailors returned to their craft and concealed themselves. The locals then placed what they considered a fair trade beside the goods and likewise retreated. If the visitors considered this enough, the deal was done. Every spread should equally fascinate the enquiring mind.

It takes seven illustrated pages just to list the publications Gonick consulted for his research, and the time taken must have been immense, but for anyone interested in learning The Cartoon History of the Universe is continually enthralling and compulsive reading. This applies to all three volumes, the series, continuing with From the Springtime of China to the Fall of Rome. 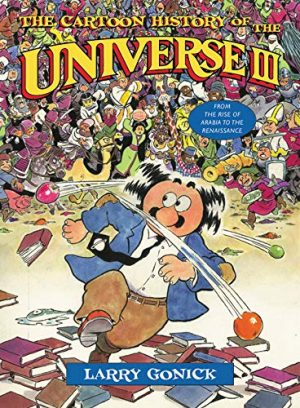