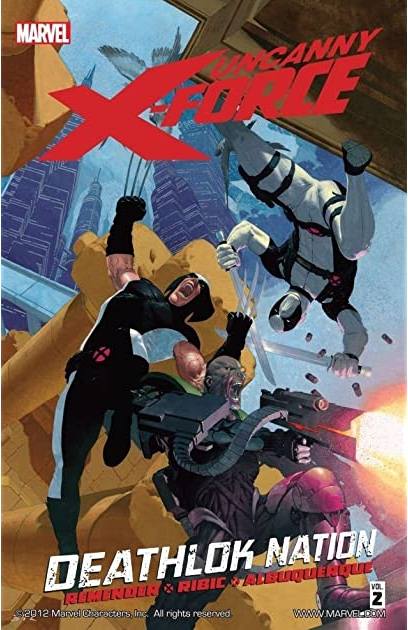 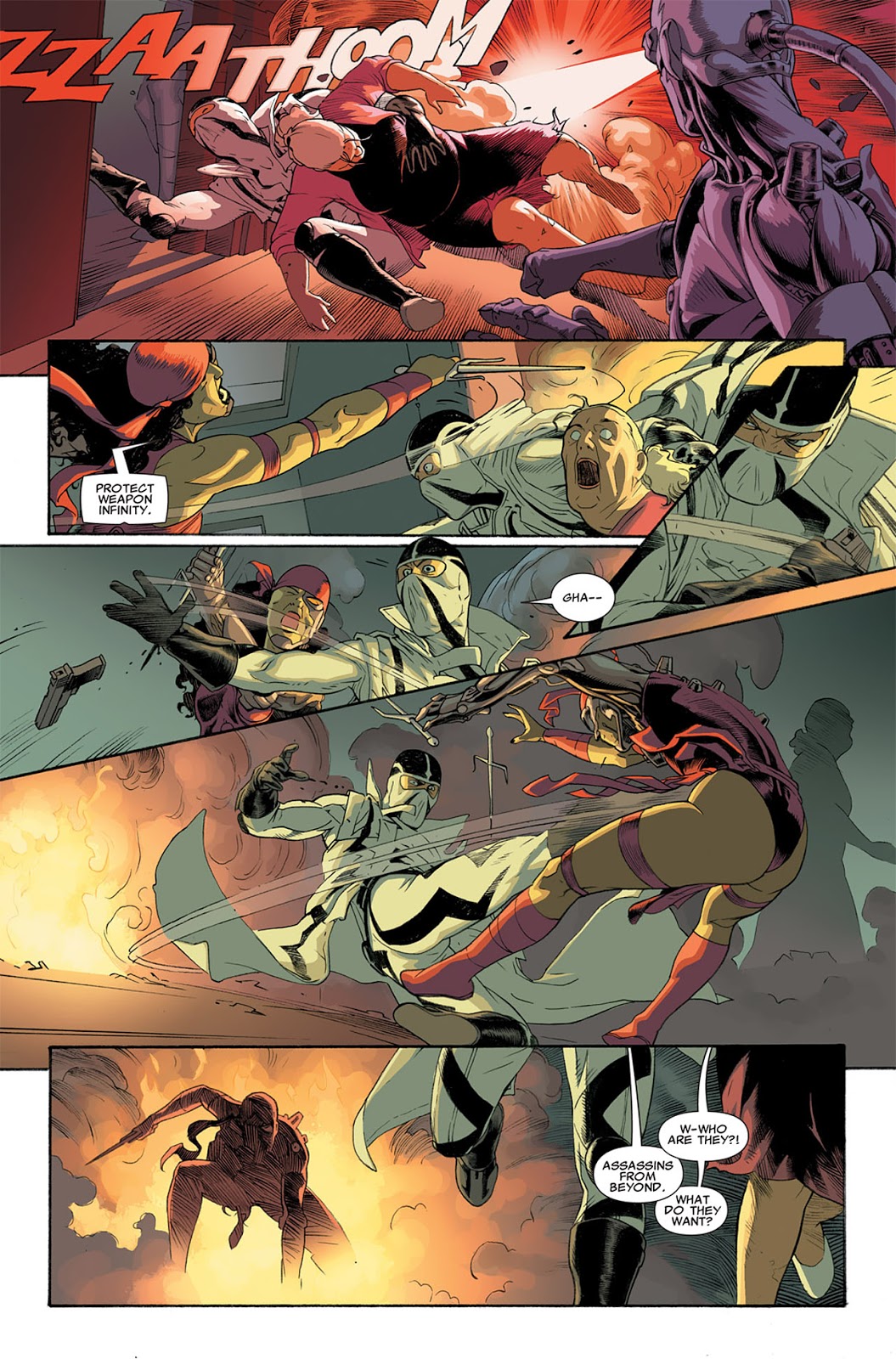 The Reavers rank about the highest among the X-Men’s foes if considering merciless threats. Others are more powerful, but restrain themselves as they have an agenda, whereas the Reavers go straight for the jugular, and because they’re as much mechanical as human, their tolerance for withstanding harm is extraordinarily high. Their formidable threat thrillingly opens a volume where cyborgs are a theme, and Rafael Albuquerque provides their savagery and a suitably grimy set of locations.

The Apocalypse Solution was a fantastic appetiser, if relatively straightforward, but Deathlok Nation requires some concentration as Rick Remender picks up on Fantomex’s background, which is not easily explained. Fantomex himself is the ultimate super soldier genetically engineered as a mutant hunter, but overcame his programming. He was generated in an artificial environment named the World, which he keeps shrunken and secret while monitoring threats from within. One has now emerged. Unlike the opening story where everything is laid out, the technobabble connected with Fantomex is complicated, and those who know Deathlok may be confused by the cyborg variations of other superheroes also being referred to by that name. Then the familiar Deathlok turns up. All that’s before infinite timelines are also introduced.

If at times the story’s not making complete sense at least the art is very good. Esad Ribić hasn’t yet achieved the sterile perfection of his Thor pages, but he’s on the way. It takes a formidably conceptual artist to delineate the World convincingly, and Ribić manages it, sometimes just suggested by wavy shapes given depth by colour, and in other places mind-boggling designs.

Until the final chapter of the title story it seems as if first Fantomex solo, then alongside X-Force is just rushing about without a pause for thought surviving one attack after another. To considerable relief Remender then offers a coherent explanation. He doesn’t quite compensate for the earlier chapters, but effort is made, and there are some nice character moments, particularly with Deadpool, which comes as a surprise. However, overall these are at a minimum. There’s a cursory effort to explore the ethical ramifications of what occurred to end The Apocalypse Solution, but it remains unresolved in what, overall isn’t the most reader-friendly outing. Remender is plotting over the long term, so there are consequences in The Dark Angel Saga. He supplies a nice, foreboding ending, though.