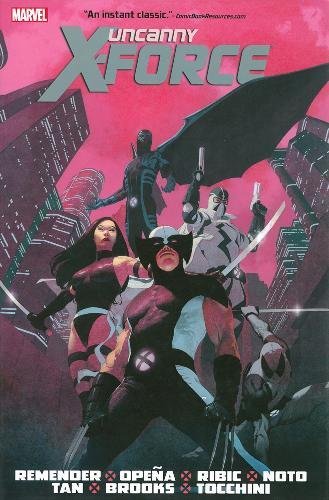 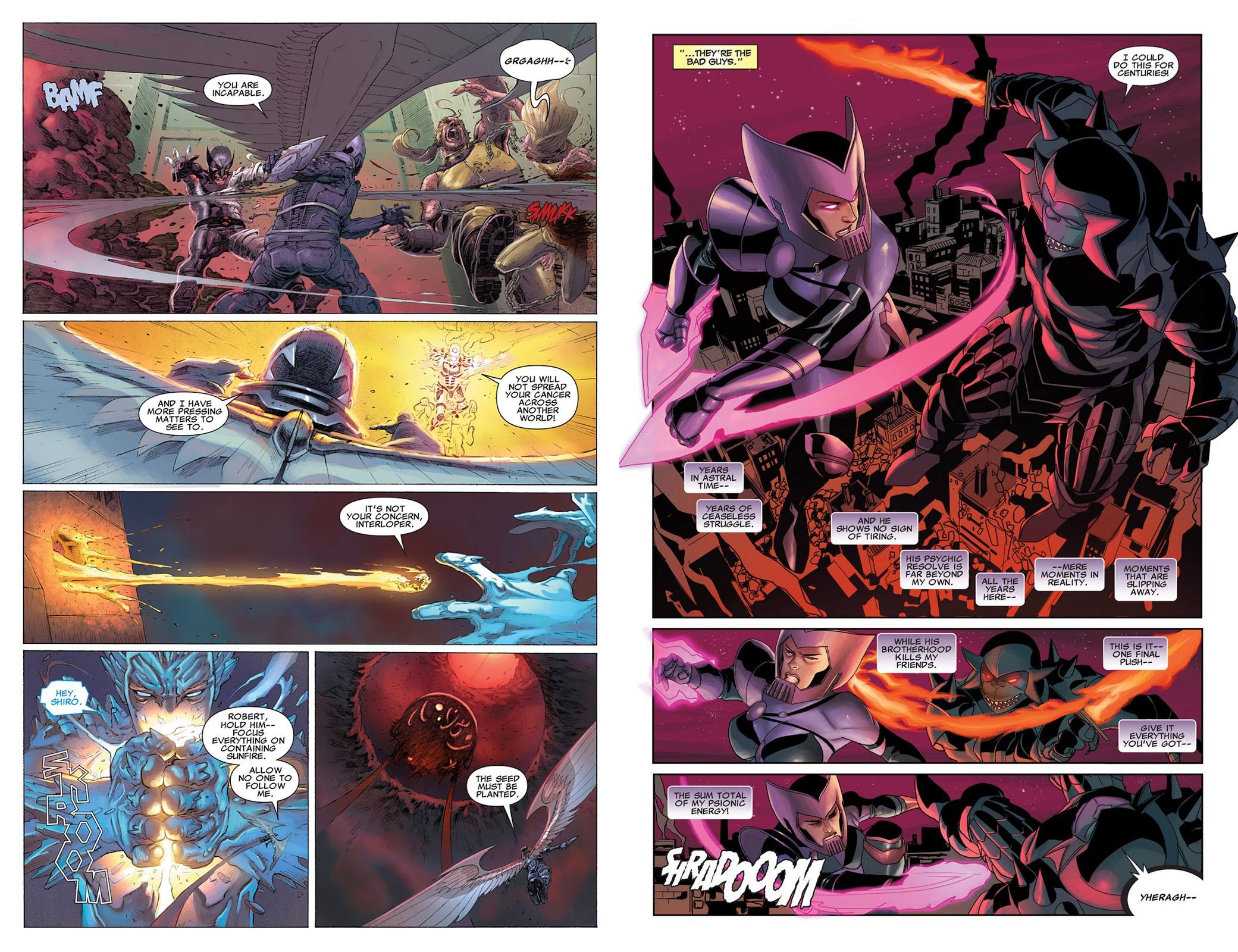 Although titled Uncanny X-Force, the 900 plus pages of this Omnibus are primarily the journeys of three characters. Psylocke is featured in almost every chapter, Fantomex for most and the third for less than half, but collectively they’re directly or indirectly responsible for almost every moment of emotional drama.

Rick Remender begins by adding Deadpool and Fantomex to X-Force, the X-Men’s black-ops team prepared to kill if its felt there’s no other option, their brief kept secret from the remaining X-Men. Their opening mission is to investigate the rumour that Apocalypse, the deadliest mutant threat, may have returned. That’s the case, but not as presumed, and the mission’s conclusion provides the wedge that drives the team members further and further apart. This occurs gradually, shock and misgivings giving way to deeper responses, and among other aspects explored is a future society based on X-Force’s judge, jury and executioner methods. Remender does perhaps presume his readers are knowledgable about all aspects of X-Men history, not always immediately contextualising concepts such as The Age of Apocalypse or Otherworld, but not to the point of his stories being too greatly impacted.

And these are thrilling superhero adventures, unpredictable, with surprising guest stars and only very occasionally dropping beyond a page-turning excellence, with the Otherworld sequence the prime offender. A core team is maintained with some of the starting line-up ever present, others dropping out, and the motivations of newcomers adding greatly to the dynamics. A more callous and single-minded Nightcrawler is very effective in stirring the drama.

The art, by and large, matches and even surpasses Remender’s contribution, with Jerome Opeña setting very high standards on the opening chapters (sample spread left). His eye for dynamism never fails, and is combined with high storytelling skills. Phil Noto (sample right) draws as many chapters late in the book, and is equally good in seeing the story out. In between almost every other artist pulls out all the stops, with the visit to Otherworld again being the letdown. Greg Tocchini is a good artist, but seemingly not at home with the demands of superhero action, his panels crowded and messy. The oversized Omnibus format presents page after page of lush art to best effect.

Uncanny X-Force is a series first collected over seven paperbacks beginning with The Apocalypse Solution, and subsequently split into bulkier paperbacks Uncanny X-Force by Rick Remender: The Complete Collection Vol. 1 and Vol. 2. In any format it’s a series that superhero fans should enjoy, with the proviso that the violence is greater than in most superhero series, and readers aren’t spared the explicit versions of some really gruesome scenes. 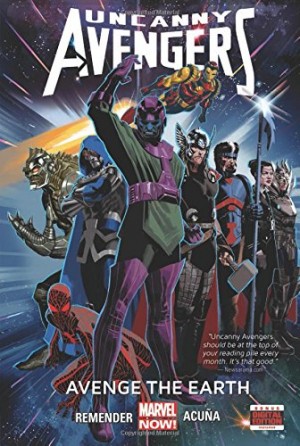