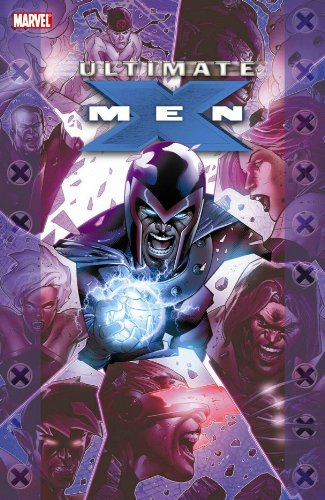 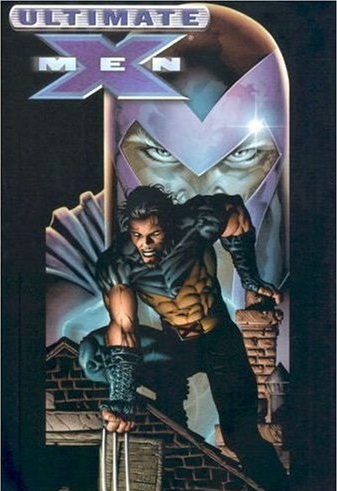 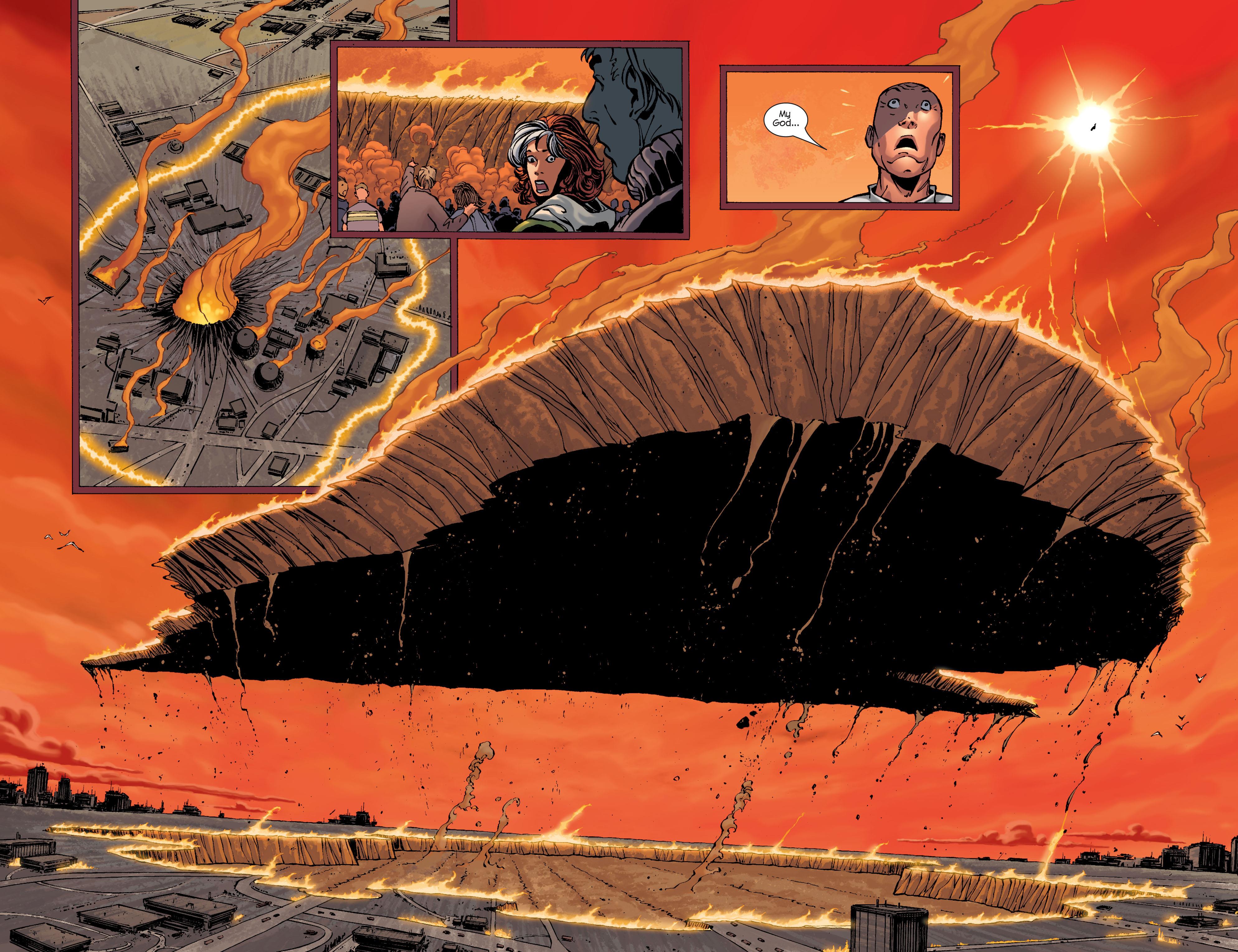 This is the best of the three bulky volumes collecting Mark Millar’s Ultimate X-Men. It lacks the dated qualities of the first volume, and improves greatly upon the poor consistency of the second. At the heart of the series is the question of why humans and mutants fear each other, and what can be done about this, and the assorted viewpoints play out in positively calamitous fashion as Magneto regains his faculties. His view that peace between mutants and humans is only possible if humanity is subjugated is totally at odds with Professor X’s vision of peaceful co-existence. The authorities, represented by the US government, Nick Fury of S.H.I.E.L.D. and the Ultimates, tend to tar all mutants with the same brush. Their participation is Millar’s opportunity to parallel the real world War on Terror.

It’s a very effective brew that’s played out on a large scale of rise and fall as tense prelude sequences evolve into widescreen spectacle. Millar toys with plots taken from 1970s and 1980s X-Men (jealousy over attraction to Jean Grey, Magneto’s master plan), but takes them down very different paths from the originals. Adding further spice is the early involvement of the Ultimates hunting down X-Men and other mutants. As their series was also written by Millar at the time there’s no awkward variations of character, and his gung-ho and recently revived Captain America works very well as a field commander.

Of the three volumes compiling Millar’s scripts this also features the best art. The regular art team of Andy Kubert and Danny Miki only appear for the closing chapters, and take their cue from the preceding artists, in particular David Finch, so providing a visual consistency, and this finally expunges their previously dated 1990s style of work. Finch is very good indeed, as are the team of Ben and Ray Lai on a single chapter, but it’s Chris Bachalo who steals the show with four chapters of unadulterated visual spectacle and proficiency as the Ultimates take precedence.

Millar’s plots remain a step ahead of readers at all stages, delivering surprises from start to finish, and if the eventual fireworks don’t quite match the excitement set by tension, then neither do they disappoint. Most of the shocks are character driven, with Wolverine central to the greatest plot bomb delivered, and Millar’s finale is an enthralling chapter consisting of two conversations, neither leading where the reader may think, and underlining Millar’s view of the mutants and their world.

The content is available as a bulky paperback, or oversize hardcover titled Ultimate X-Men volume three, but anyone short of funds who still wants to experience the thrills can still locate the original paperback printings titled Ultimate War and Return of the King.