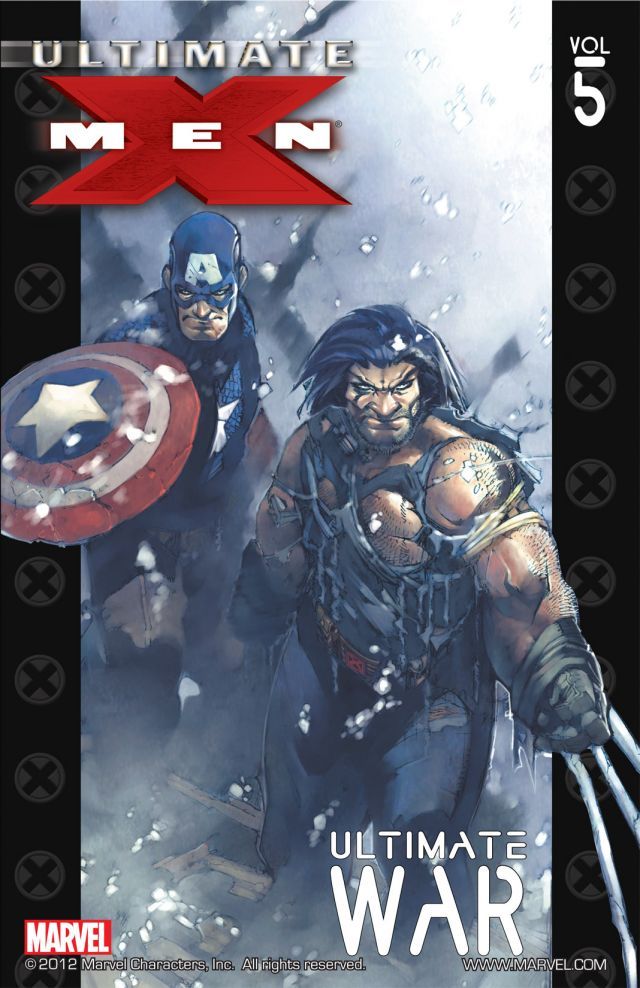 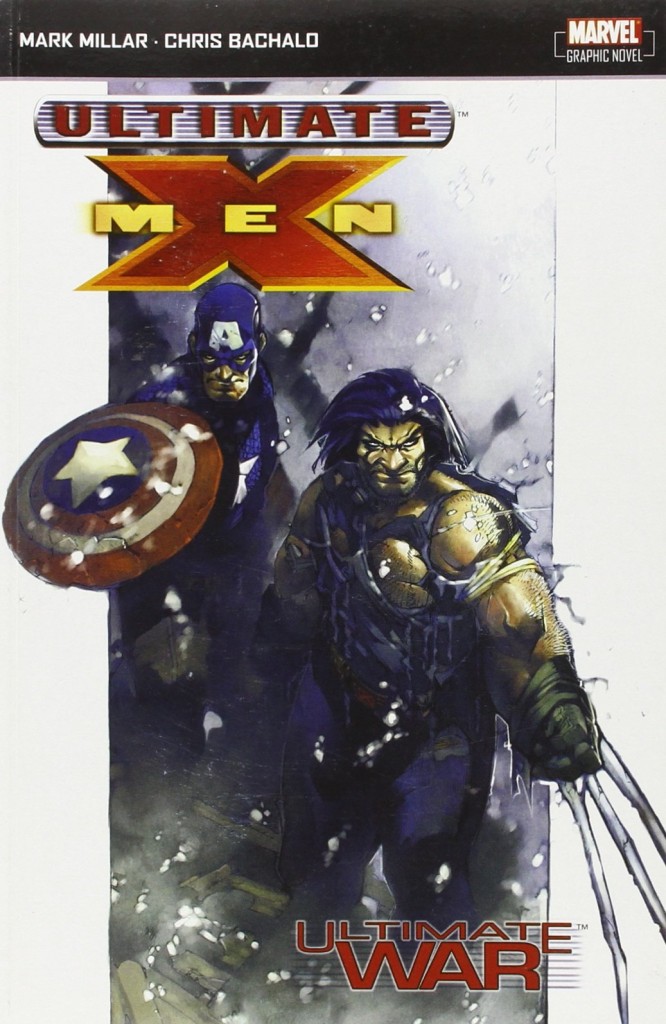 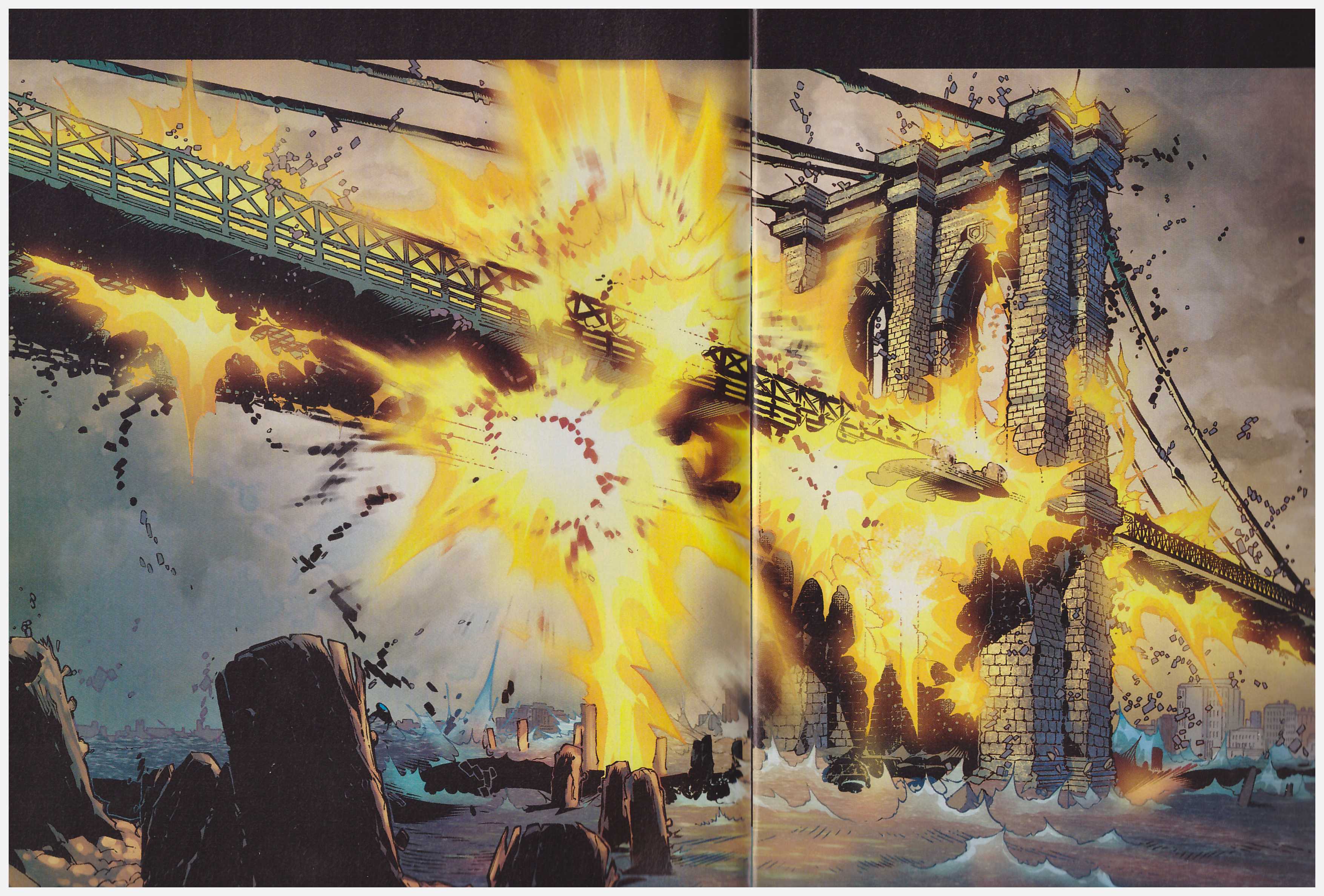 Ultimate War works better as a collection than it did on original publication when expectations engendered by its promotion as Ultimates vs Ultimate X-Men were rather confounded by a prolonged tease and brief fulfilment. Approaching it, however, as merely the natural follow-up to Hellfire & Brimstone supplies a cracking and compact adventure.

The gist of the plot concerns Magneto, presumed dead by the world at large, but instead placed in an intriguingly humane prison via the prodigious mental talents of Professor X. Unfortunately for all, Magneto is free and back to his world conquering agenda. Millar was also writing The Ultimates at the time, and the viewpoint he chooses to present is largely theirs, although one element of grave significance occurs for the X-Men. It’s comes to boiling point in Return of the King.

It’s a logical choice to focus on the Ultimates, as they’re the government agents pro-actively hunting down both Magneto and his Brotherhood of Mutants, and the X-Men, who’ve gone into hiding since Magneto returned. This isn’t cowardice, but a means of avoiding further conflict with a world that considers all mutants a threat.

This is far more convincing than Millar has been on Ultimate X-Men since Return to Weapon X. He establishes a conflict with three sides, all of whom have a point, and while he delays the spectacle of Ultimates vs X-Men until the final chapter, the build up superbly escalates both tension and atrocity. Nothing is resolved, but the spectacle is well worth the price of admission.

In addition to the fine story, Ultimate War is blessed by Chris Bachalo illustrating all four chapters, an uninterrupted run only previously achieved over the opening chapters to Ultimate X-Men. At times he’s carried away with minor fussy details, leading to pages more cluttered than might be desirable, but that’s a minor quibble when compared to the stunning action he provides. Millar’s thrown in several major scale statements of intent, and Bachalo’s interpretation is ambitious and memorable. 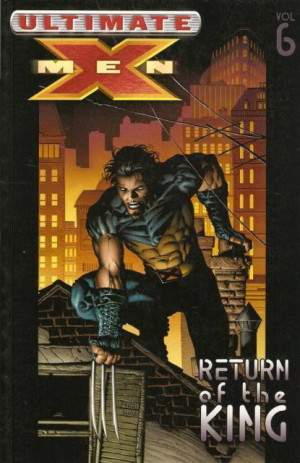