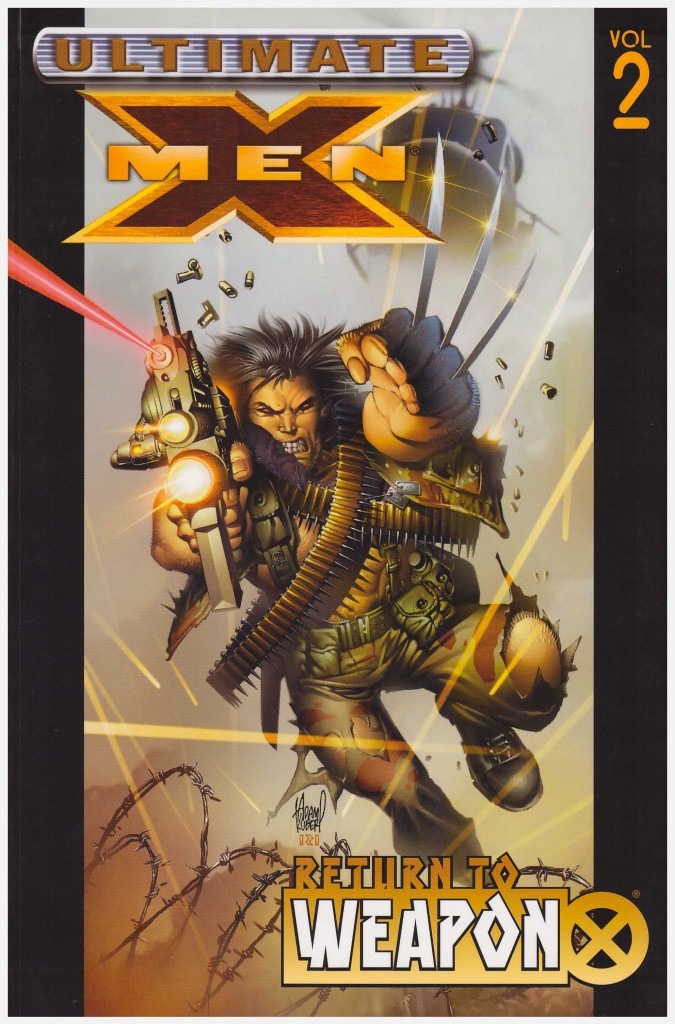 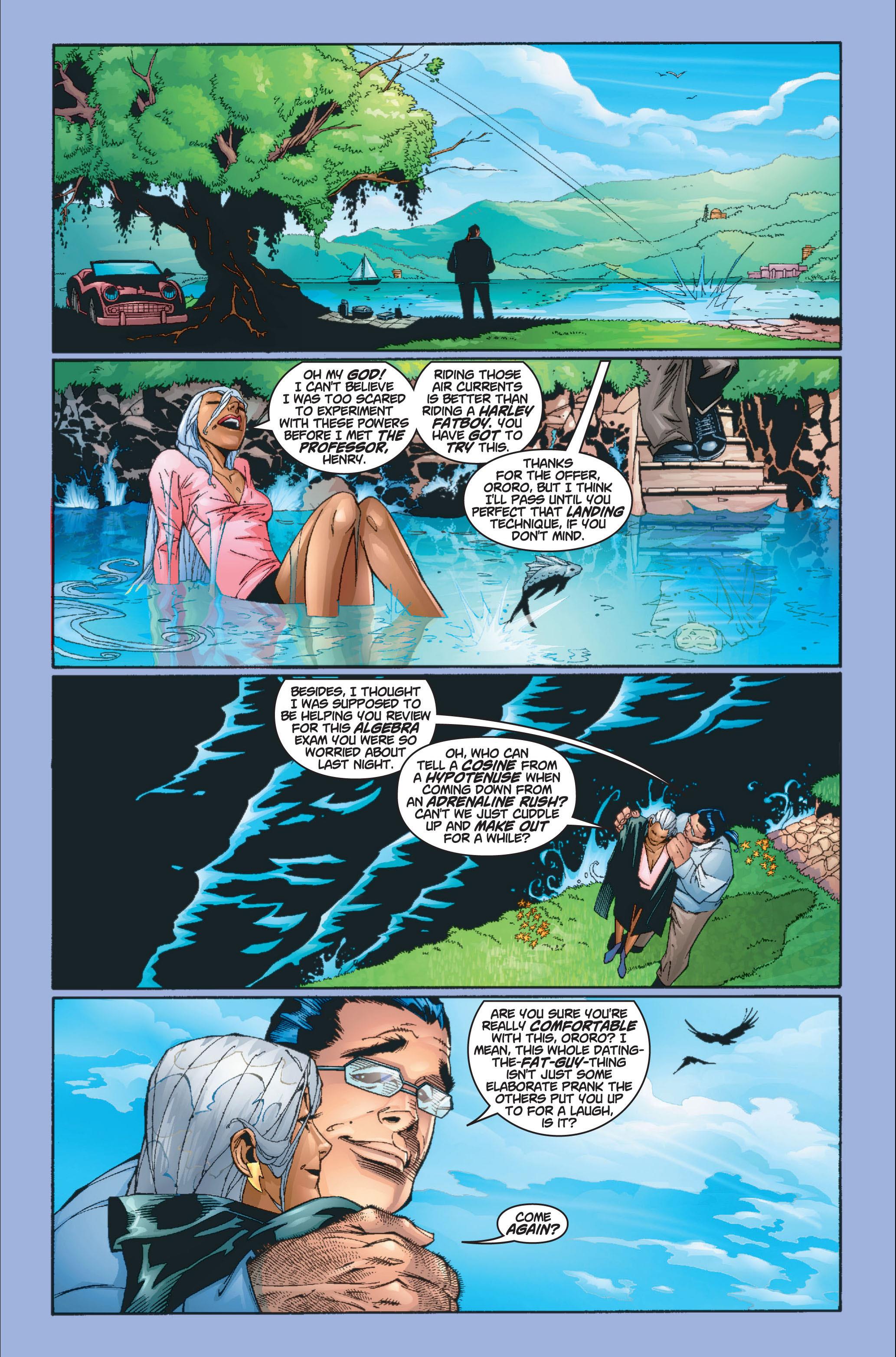 In the regular Marvel continuity the story of Wolverine’s incarceration, torture and modification within the government’s Weapon X facility took well over a decade to unfurl. We reach it far sooner in the Ultimate universe. As seen in The Tomorrow People, this Wolverine switched allegiances to join the X-Men, and he’s now hunting down his former jailers. The Weapon X project has officially been closed down, but it’s revealed early, that it’s still operational under the leadership of resolutely unpleasant John Wraith. While Wolverine’s hunting him down, he’s targetting the X-Men, who’ve embarked on a publicity tour aimed at fostering better relationships between humans and mutants.

This is an altogether tenser experience than the introductory volume, with smoother plotting, and better characterisation. While Wraith initially comes across as a cartoon personification of the right wing military agenda, Millar gradually adds some mortar, delivering a more credible personality with genuine fears, but appalling methods of allaying them. There’s also more of a debate about those fears and the schism between humans and mutants, and between different groups of mutants. Along the way the Beast is transformed into the furry blue-skinned creature he is in the regular Marvel line, Nick Fury is introduced (not yet as Samuel L. Jackson), and several other known faces appear. This is amid a suspenseful experience where the X-Men’s chances of escaping the situation look very slim, such is the cage Millar has constructed, and it leads to a surprising and immensely satisfying finale.

For all the improvement overall the artistic deficiencies remain. For a man who can draw very well, the style adopted by Adam Kubert almost willfully attempts to disguise the talent. His cast are spiky, the women objectified and seemingly anorexic, and what are meant to be the large impact spreads are cluttered. On the positive side, he looks very good during a war sequence inked by Joe Kubert, and while good, when filling in Tom Raney doesn’t match Kubert’s imagination when it comes to layouts. Tom Derenick’s work contributing to the closing events is well below the prevailing standard, accentuating all the worst elements of Kubert’s style.

Millar’s dialogue sometimes still has the capacity to strike the wrong note, some revolutionary fervour in the final chapter jarring, but this doesn’t occur as frequently as during The Tomorrow People. However, all assessments are relative, and placed in perspective when a different creative team opens World Tour. This is also available collected with the introductory volume as Ultimate X-Men Ultimate Collection Volume 1, with the same package in hardcover titled plain Ultimate X-Men vol 1.