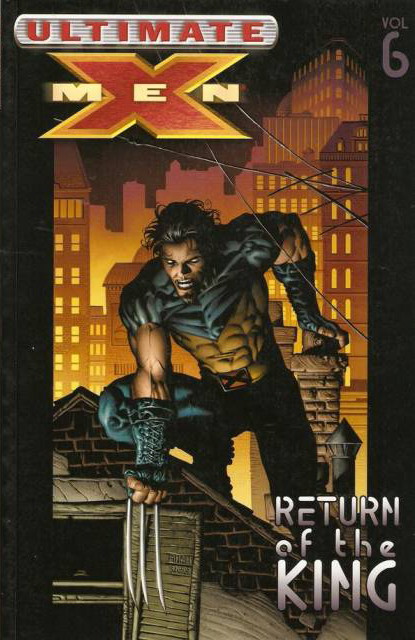 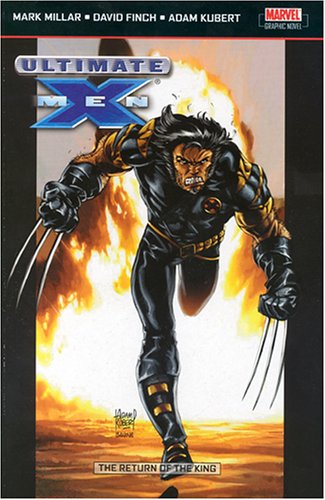 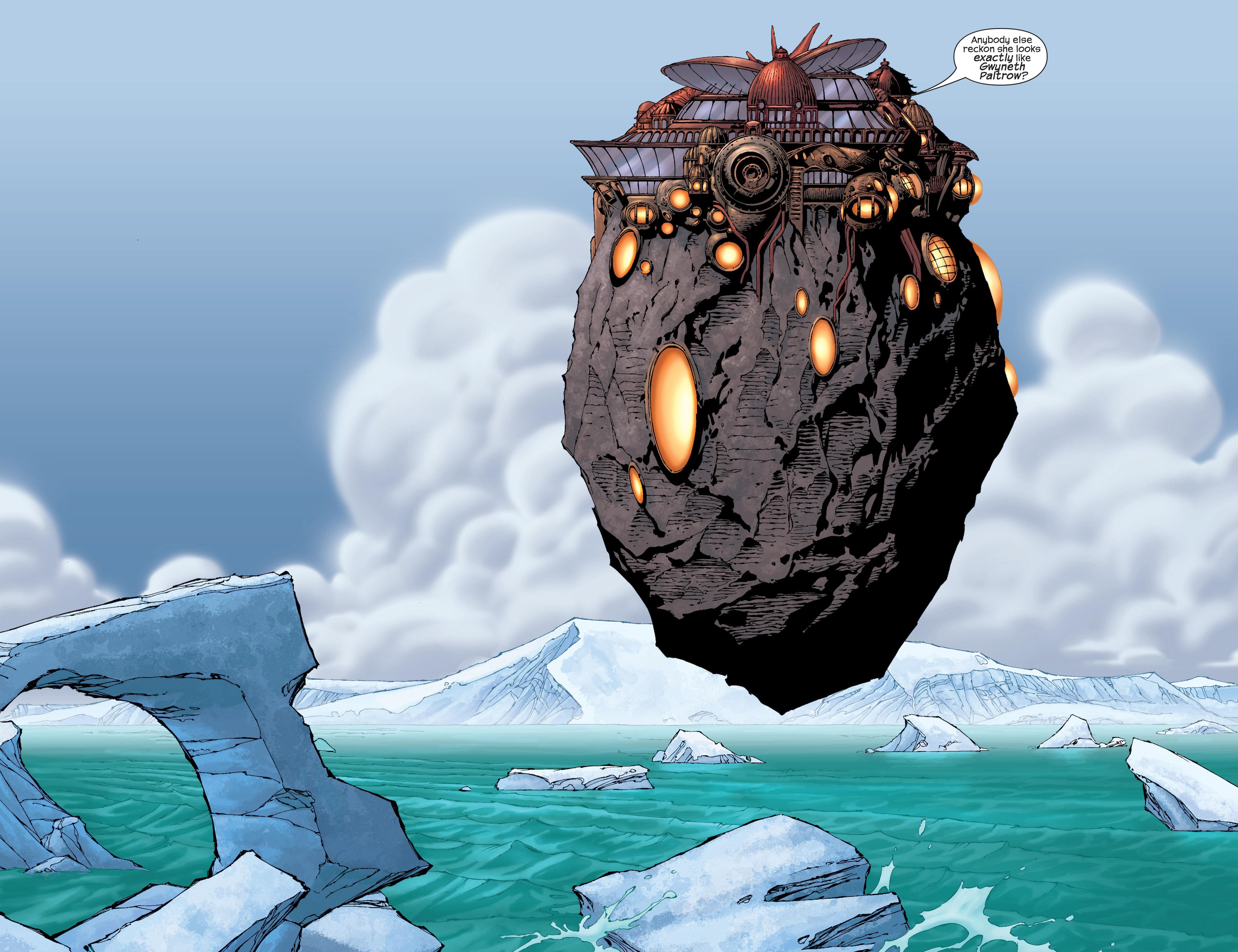 At the heart of Mark Millar’s plots throughout his run on Ultimate X-Men has been the fear humans have of mutants, the persecution mutants endure as a result, and the best method of resolving that situation. Professor X favours education and peaceful co-existence, while his former friend and partner Magneto considers that will only occur once humans have been subjugated. It’s a circular conflict of aggression prompting a continual cycle of fear and retaliation, and Millar hardly disguises it as a metaphor for the US position with regard to Muslim extremists, to the extent of featuring a prison at Guantanamo Bay.

Millar begins by detailing how different viewpoints became a schism in the past before dropping in on the current day activities of the Brotherhood of mutants (robbing the Louvre), then reveals the location of the X-Men. That’s a brilliantly imaginative touch. Running between all this is the undercurrent of hostility engendered by the supposed death of a team-mate, and the consequences of that. Magneto’s master plan is filched from old Chris Claremont X-Men comics, but Millar goes into far greater depth about the whys and wherefores, and there’s a maguffin to distract as the primary threat kicks in. Truth be told, the suspense and the posturing is better than the resolution of Magneto’s plans, but that’s not such a fall in standards that it undermines the remainder.

Artistically this is the best looking Ultimate X-Men book to date. Primary artist David Finch may draw everyone with perpetually gritted teeth, but his cast have room to breathe on the page, and his action scenes are suitably breathtaking. When the first team of Andy Kubert and Danny Miki return for the final three chapters, a mix of Miki finishing Kubert’s layouts and inking his pencil art, their storytelling is more attuned to the look Finch has established, and all the better for that. The team of Ray and Ben Lai’s opening chapter spanning the previous decade is elegant and well matched.

This is Millar’s Ultimate X-Men finale, and his concluding chapter consists of two conversations. If that sounds dull, it isn’t. Both cut to the core of how he sees the X-Men and why their path is correct. As concluding statements on a superhero series go, it’s excellent. Brian Michael Bendis picks up the continuity with Blockbuster, but this is also available with the preceding Ultimate War either in hardcover as Ultimate X-Men volume three, or the same volume number of Ultimate X-Men Ultimate Collection.