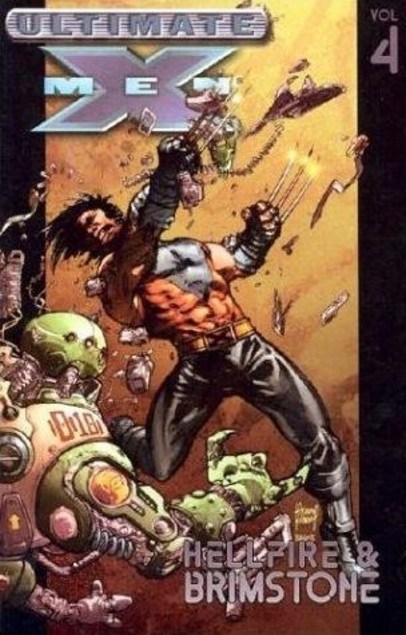 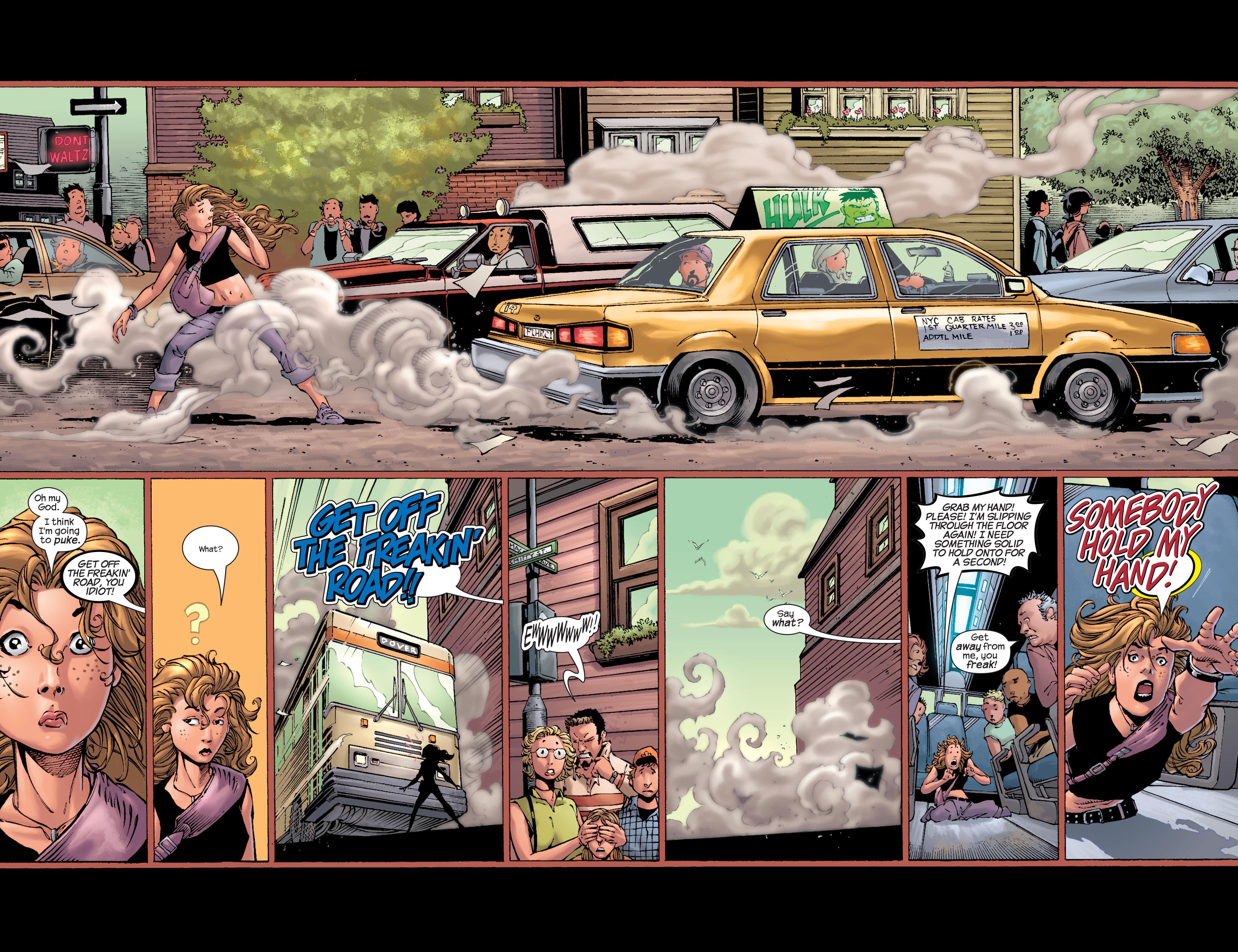 Over three volumes of Ultimate X-Men to date Mark Millar and Adam Kubert (usually) have been crashing through the X-Men’s history at a formidable pace. A substantial selection of mutants have been introduced, the disparity between mutants and humans has consistently been underlined, and their world has progressed considerably. That’s an impressive achievement over eighteen chapters featuring, in effect, only three stories.

Also good is the way in which pretty well any of those books can be picked up and enjoyed individually without reference to the others, and that’s again the case here. The X-Men are introduced for any new readers as they’re simultaneously introduced to Kitty Pryde, the fourteen year old able to phase through solid substances.

The art is the aspect of the series that’s not dated well. Kubert’s style mixes massive exaggerated figures with emaciated waifs, and while the storytelling’s good, the look is ugly. It deteriorates further in chapters when inker Danny Miki takes on the finishing over Kubert’s layouts. On publication it was a brave step into the almost Disneyesque cartooning of Kaare Andrews, all wide eyes and decorative flourishes, but that style became predominant at Marvel, so it retains some cachet and Andrews is very good. It is odd that Dave McCaig’s then advanced digital colouring renders much of Andrews’ art looking as if viewed through an anti-glare filter, but possibly an indication of era.

There’s some toying with audience familiarity. The title suggests an appearance from another of the X-Men’s recurring menaces, the Hellfire Club, and Jean Grey begins suffering seizures in which she envisages a flaming phoenix-like creature. It’s classic writer’s misdirection that raises one set of expectations when an unconnected plot bombshell is dropped in the form of a leaked confidence at the midway point. It’s not the only surprise as a further revelation clears up a matter Millar’s mentioned on a few occasions, and he plays fair by delivering on the title suggestions. It is, however, a strangely passion-free zone. It’s as if there are matters Millar felt he needed to address at some point, so best get it over. There’s a courage in covering in a single chapter an alternative version of what originally sprawled over a dozen or so still highly regarded comics, but the result is a let down.

At the time Millar was writing this material he was also writing The Ultimates, and the gloss of the new and the widescreen vision transferred there, leaving Hellfire & Brimstone largely treading water in comparison. Still, the ending leads into a confrontation between the Ultimate X-Men and the Ultimates in Ultimate War.