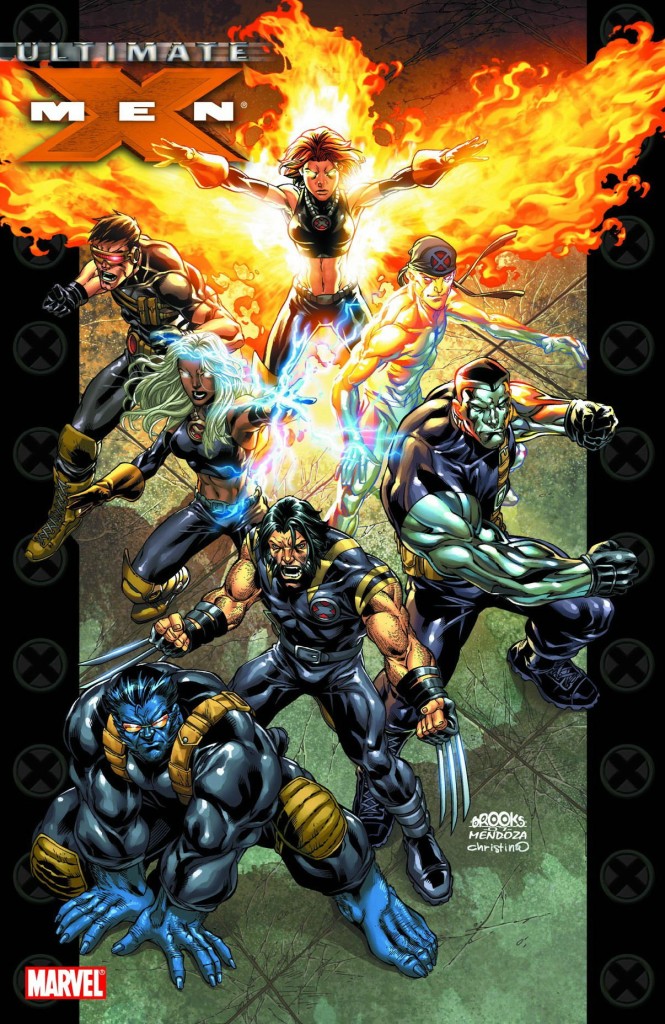 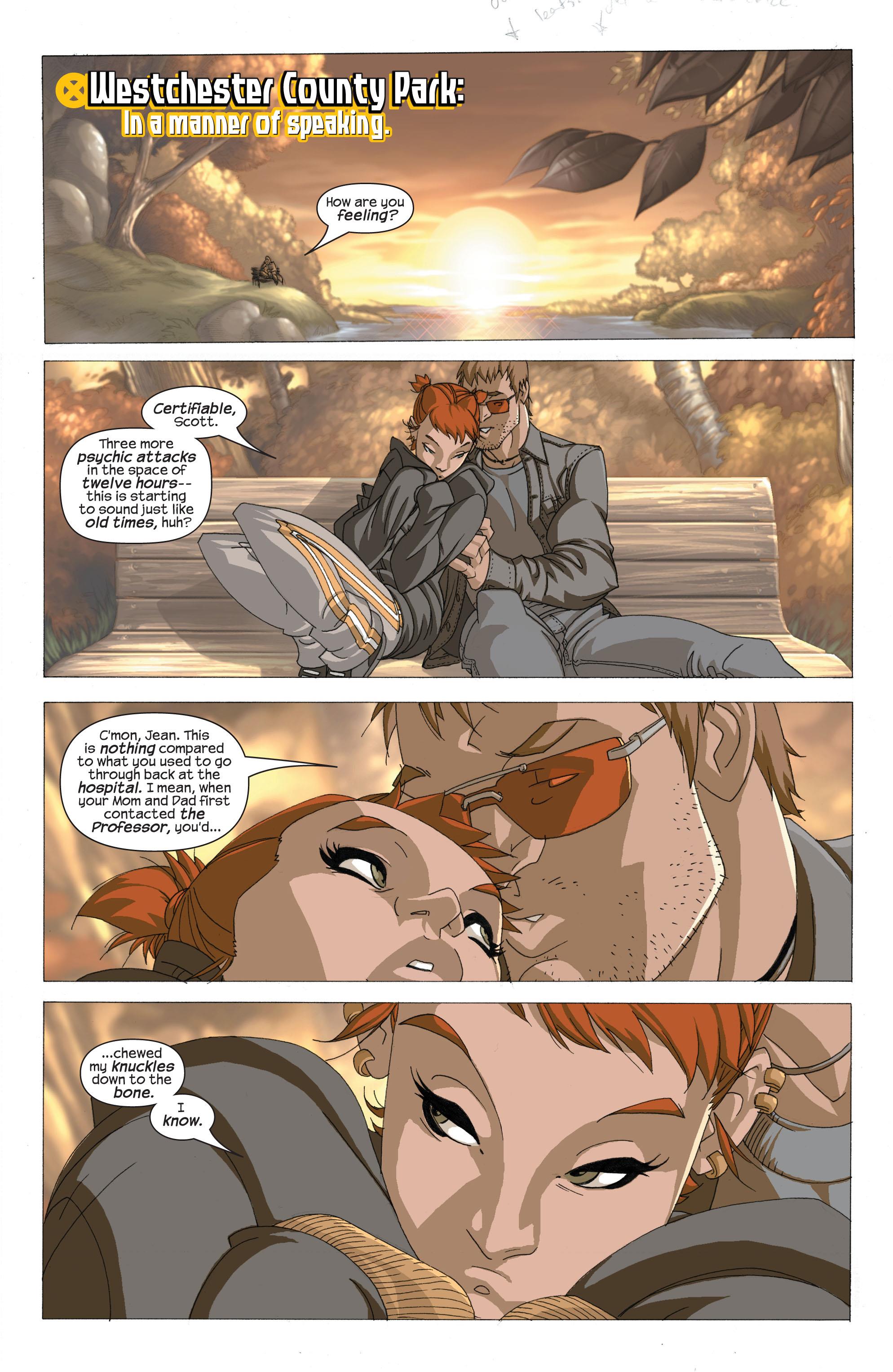 There are many fine moments in this mashing together of the World Tour and Hellfire & Brimstone graphic novels, but, ultimately, the collection fails to deliver the expected spectacle. Writer Mark Millar’s topic list broadly follows the foes and situations encountered by the revamped 1970s X-Men, but to his credit, this path is merely a template rather than imitation.

To this day the X-Men’s most applauded moment is the 1980 saga of Jean Grey’s transformation into the cosmic entity Phoenix and consequent tragedy, and that’s mirrored here, although in a manner so brief as to be almost derisory. It transmits as bounden duty rather than inspiration, and therefore disappoints. The longest story concerns the mind-transferring energy vampire Proteus, and elements of this are very good when X-Men are confronted with their fears and hidden secrets, but it’s over-long and lacks the cathartic moment of the accompanying plot concerning an extremely disillusioned X-Man leaving the team. That’s due to someone little seen in character, but whose status occupies the minds of many throughout this collection. They’ll move centre stage in the next collection, but also appear in a fine epilogue to the World Tour section of the book.

For all the hot cold hot cold nature of Millar’s contributions they’re placed into perspective by Chuck Austen’s writing of the opening two chapters introducing Gambit to the Ultimate X-Men. It’s very ordinary, lacking the most basic of surprises or misdirection and significantly overplays Gambit’s Cajun accent.

Of the considerable number of artists contributing to this collection it’s the work of Kaare Andrews (sample art) that retains a contemporary quality. At times there’s an almost Disneyesque approach to his very good cartooning, but whereas in 2005 it was the anomaly, by the end of the decade cartooning rather than illustration had begun to be the house style at Marvel. This dates the heavily stylised turn of the millennium work of Adam Kubert far more rapidly than might be expected. Kubert’s not as messy as in the previous volume, but his later work is layouts only, with inker Danny Miki finishing the pages, and that’s the worst of both worlds. Chris Bachalo taking over for a couple of chapters is very welcome. Esad Ribic on Austen’s story is good, but not the artist he’d become.

While highly acclaimed on publication, much of this content has lost its lustre. It’s engaging in places, but surely not good enough to justify buying this expensive item either in paperback or its original hardcover form when the individual paperback collections are so cheap.