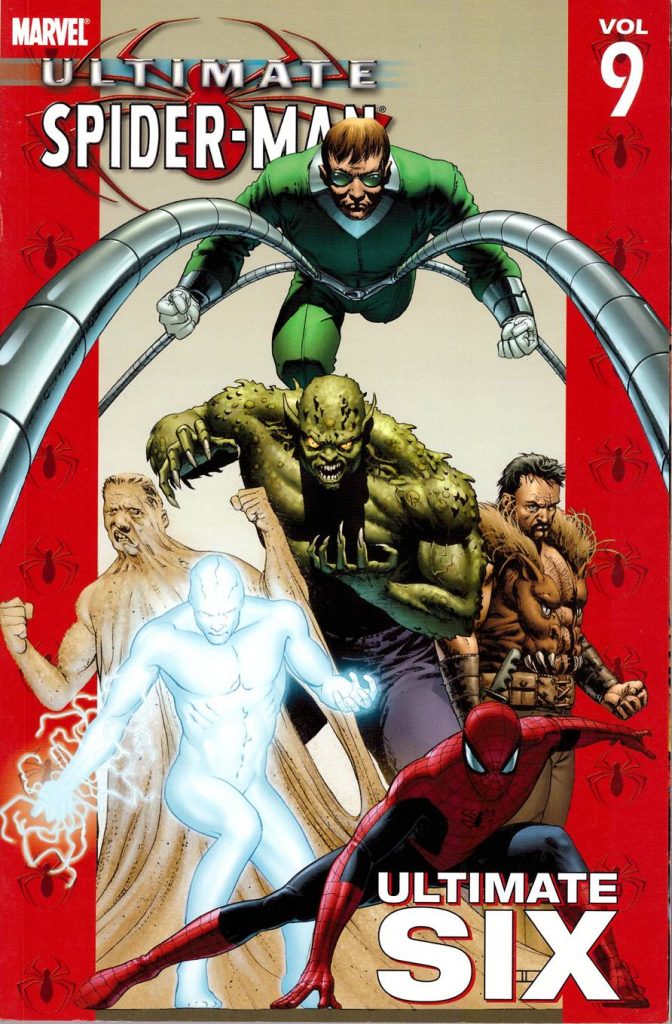 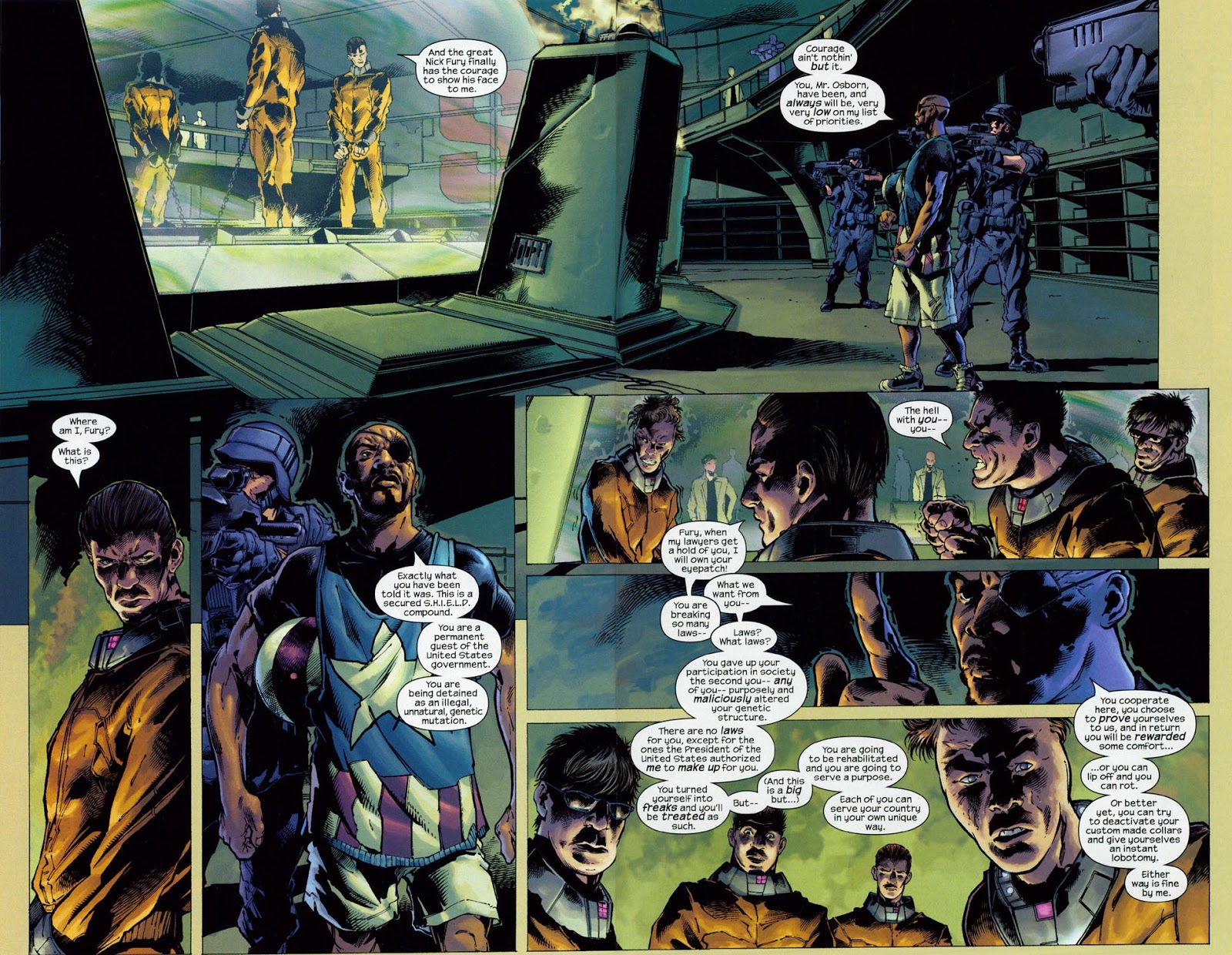 You may have read that Brian Michael Bendis and Mark Bagley put together one of the longest uninterrupted runs on a monthly Marvel comic, and so they did. So how is it that Bagley’s art only features in the opening chapter, after which he’s nowhere to be seen? It’s because most of this collection was originally issued as a separate series with Trevor Hairsine as artist.

While Ultimate Spider-Man’s introduction drew heavily on the original Spider-Man collaboration between Stan Lee and Steve Ditko, Brian Michael Bendis has forged his own excitement ever since. Ultimate Six, however, while an original story, is a definite nod to the first Spider-Man Annual, in which six of his deadliest foes teamed-up to deal with him. As the Vulture and Mysterio haven’t yet been introduced in this version, who will the replacements be?

After an opening chapter introducing Sandman, Bendis enjoys underlining how some villains might give Spider-Man a hard time, but for a grandstanding Nick Fury and his Ultimates team, capturing and containing them is no great problem. It’s very funny, but also, as pointed out in the opening chapter, prodding monsters with sticks, and, inevitably, there’s an escape.

Hairsine’s art is heavier on the detail than Bagley, and whether by choice or instruction he’s modified his own instincts to produce a version of Bryan Hitch’s style. It’s very cinematic, debris and damage lovingly rendered, and the villains given a terrifying splendour. You can almost hear the crackle around Electro, or Kraven’s howling.

There’s barely any connection with the preceding Cats & Kings. After the opening chapter from his own series, Spider-Man isn’t seen until midway through the main story when it occurs to Fury that five of his villains escaping together are really only going to have one target in mind. Bendis plays well with political considerations, leaving us to liken Fury’s illegal detention centre to Guantanamo Bay, and the fear that can be generated by five total whack jobs on the loose with a couple of big, but demented brains to guide them. Ultimately, this is an Ultimates story in which Spider-Man plays a minor role, but it’s a very good at pushing all the right action thriller buttons and dealing with some villains in a way they’ve never been dealt with before. Bendis also makes a valid point at the end. 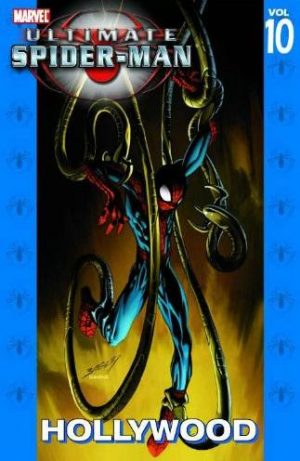