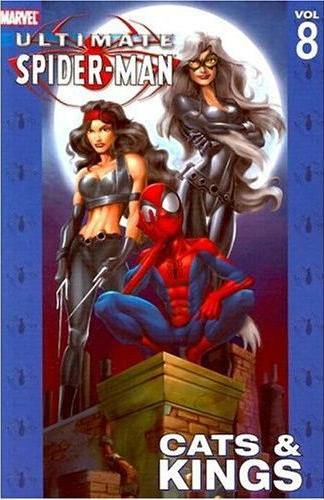 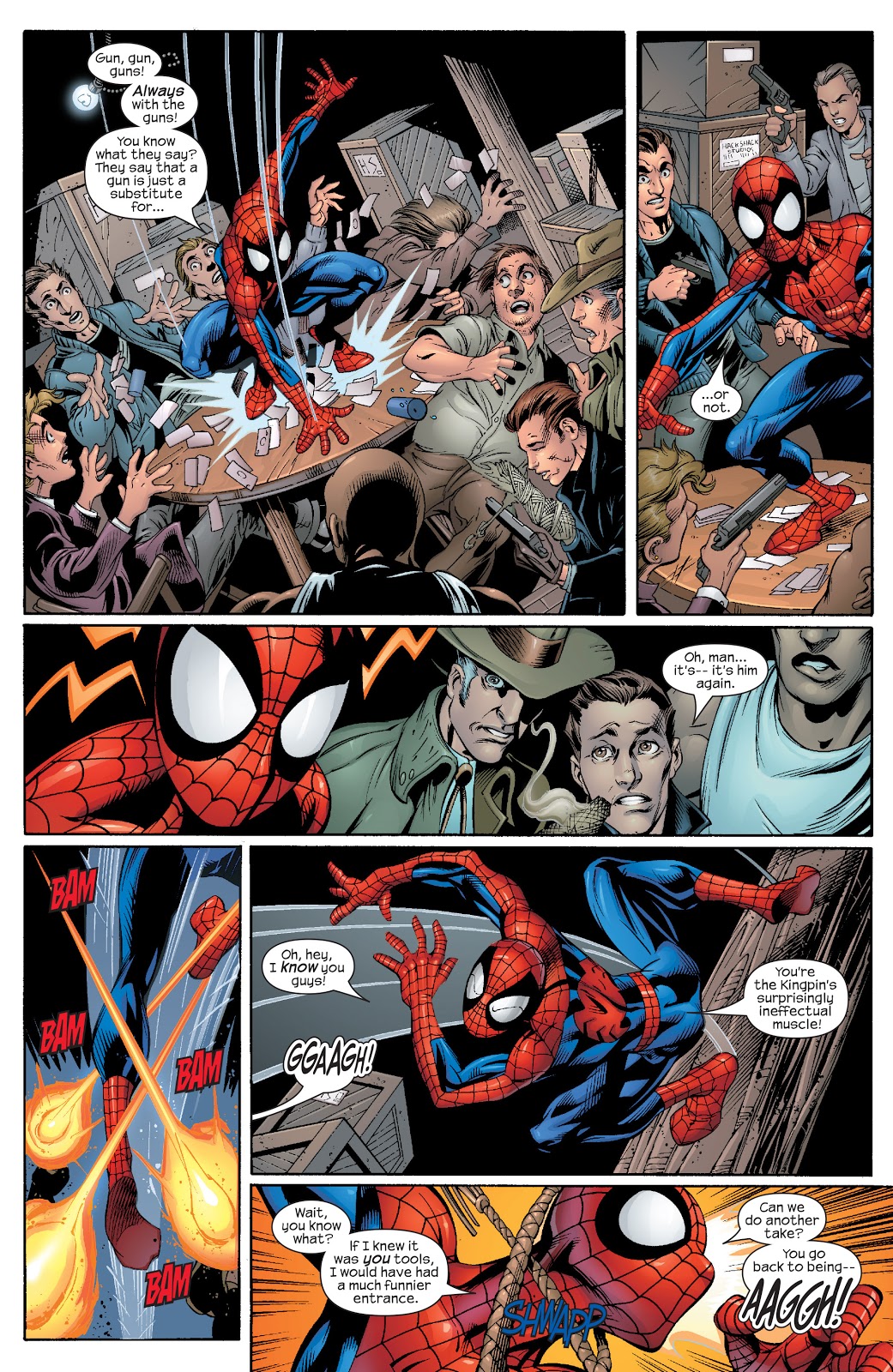 A consistent joy of Ultimate Spider-Man is Brian Michael Bendis nailing Spider-Man’s patter. The opening scene is one we’ve seen countless variations of, Mark Bagley’s sample art showing Spider-Man setting about a bunch of gangsters, yet it’s thoroughly livened up by Bendis being so good at the dialogue as Spider-Man leaps about the room. Bagley also deserves mentioning for his choreography, drawing an agile and mobile Spider-Man constantly twisting into poses that take him into different places.

Back in Learning Curve, Peter thought he’d dealt with the Kingpin, forcing him into exile, but it turns out that with great power comes great ability to grease the right palms, and he’s back in New York, which is problematical for a number of people. It eventually leads into why we see Black Cat and Elektra on the cover, but before then Bendis is in his element pouring out the gangster patter, supplying another great Aunt May scene and delivering a fine sequence with Daily Bugle reporter Ben Urich. It’s memorable for the way it twists around morality and for the way the ethical high ground is eventually restored. The whole first half of the book is brilliantly conceived drama, ethics high on the agenda, and with a complex emotional undercurrent.

Bagley’s again sexualising Mary Jane, and giving us his version of the Black Cat, a character who’s almost always been sexualised, but his version of her as first seen by Spider-Man is far from his finest moment. Bagley’s very good at a great many aspects of telling a story, but his idea of posing a woman sexually in this case is grotesque, and it doesn’t really improve. He’s far better when it comes to action rather than posing, and being convincing about superheroes moving around is something that artists with far greater reputations can’t handle as naturally as Bagley.

In Irresponsible Bendis had Flash Thompson fobbed off twice when he wanted to talk with Peter, indicating a plot to come. Well, there’s no mention of it here, nor is there in the following Ultimate Six, or indeed for two volumes after that. That’s not very satisfactory in what’s otherwise a great superhero outing. Oh, and for a change Bendis flips the usual scenario. No-one discovers who Spider-Man is, but he reveals someone else.