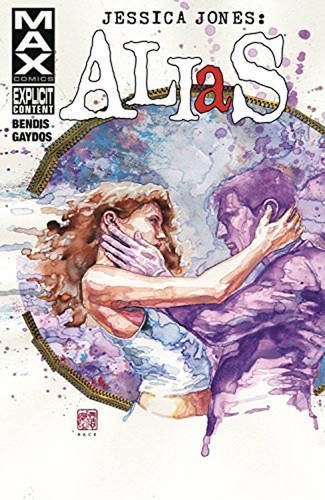 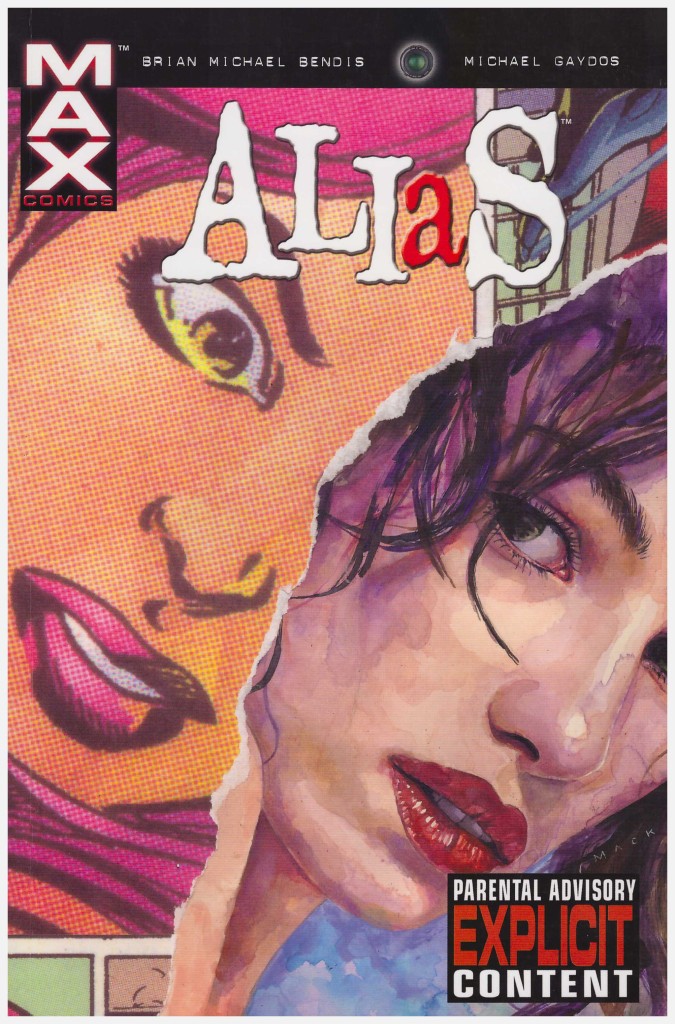 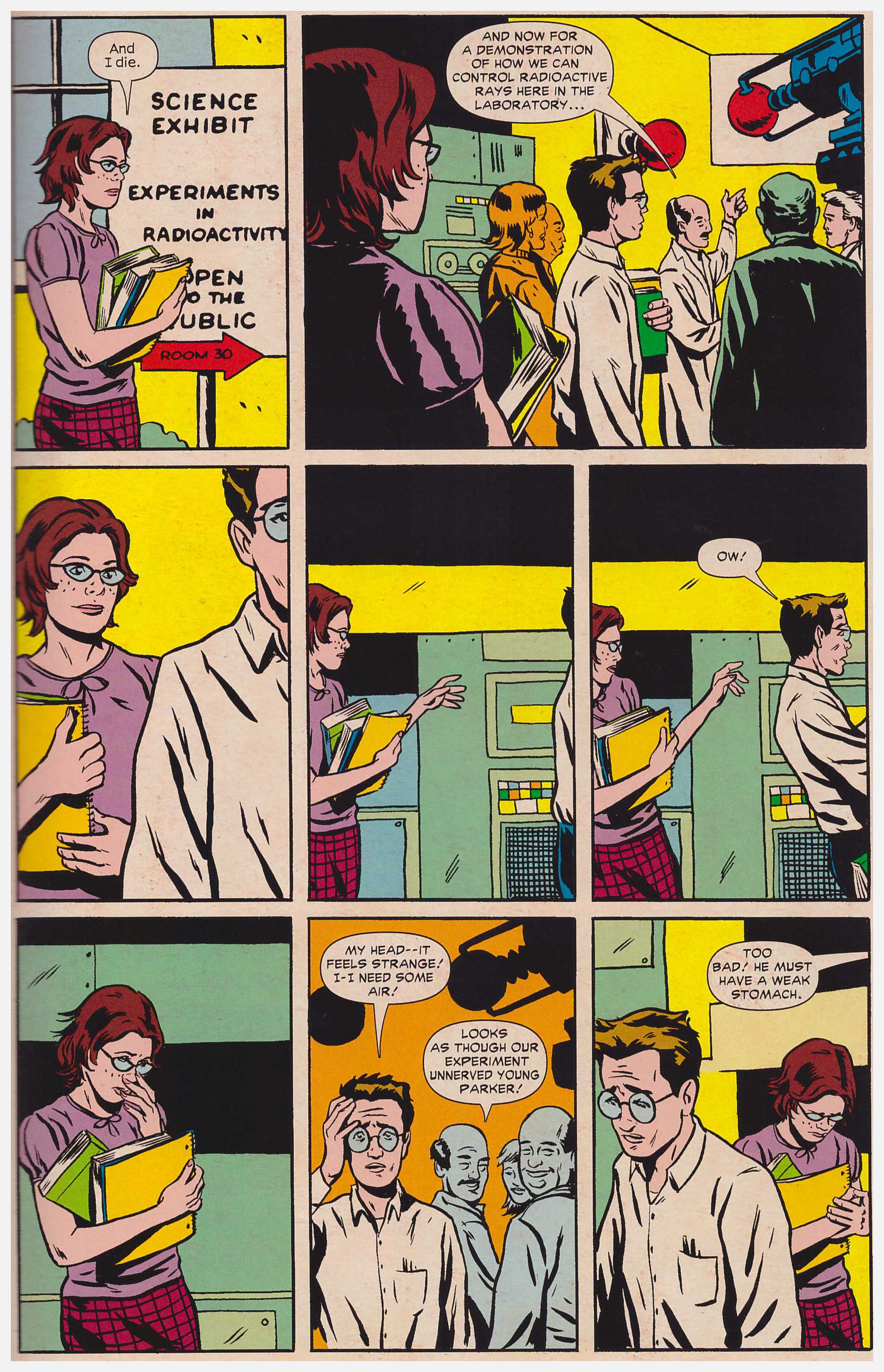 Throughout Alias private investigator Jessica Jones has been presented as a fractured individual with a hefty dose of self-destructive behaviour. She’s also been less than forthcoming about why she relinquished her former career as a costumed superhero despite retaining her super powers. In The Underneath she responded to a comment about someone else’s experience noting she could fully understand. Here we’re told how and why.

It’s not a pleasant story, in fact it’s hauntingly unpleasant, but revealing too much about the circumstances would drop deep into spoiler territory. In general terms there’s revelation, despair, restitution and reconciliation, all very satisfyingly presented.

Throughout the series Brian Michael Bendis has been toying with Marvel continuity. Although never previously seen before volume one, Bendis established a history and connections for Jessica Jones. He advances that by playfully having her only just avoid becoming Spider-Man and Daredevil before revealing how it is she acquired super powers, and then entwining her further in the events of Marvel’s past. This takes roughly two chapters, and despite tragedy, they’re a contrast to the material presented so far by being relatively upbeat.

This altered tone is reflected in the art, first by regular artist Michael Gaydos delivering a homage to Steve Ditko, completed with yellowed pages, then by Mark Bagley illustrating 1980s style superhero sequences featuring the Avengers and others. As the book progresses, Jessica relates her tale and these sections are interspersed with the flashbacks.

As we delve in deeper Bendis begins to deliver a meta-commentary via a villain breaking the fourth wall to address the readers directly. It’s the one unsatisfactory element of The Secret Origins of Jessica Jones, as it’s a capricious distraction rather than anything embedded within the greater plot, and not sustained. Despite that, and the changing moods, this finale is the best book in the series, and that’s due to the horrors related. They’re still shocking and brutal. Bendis has been clever, not electing to head down the obvious route, and what he reveals is in many ways worse.

The entire Alias series is also available as a hardcover Omnibus, but this isn’t the end for Jessica Jones sustaining her own title. Her story continues in The Pulse: In Thin Air.